A complete guide for everything Necromancer in Loop Hero.

The Necromancer is unlocked by building a crypt.

While playing the necromancer you’ll be able to equip 2 rings, 1 amulet, a book and a shield (if you’ve placed an Arsenal card which is a gold card).

Increases the amount of total skeletons you can have active at once.

Increases the chance of higher tier skeletons being summoned instead of the basic skeleton. So far I’ve experienced 5 different types of skeletons, those being in the following order: 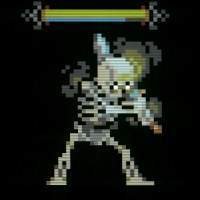 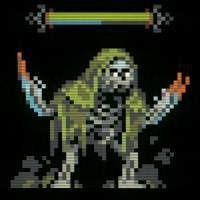 High HP, low damage, has the trait “First target” which will force enemies to target it first. 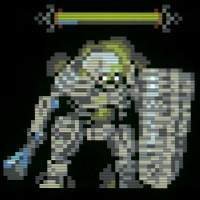 Support minion (They don’t take damage), these will be summoned after reaching the max (4) number of melee skeletons have been summoned. 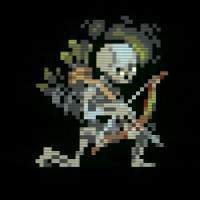 Support minion (They don’t take damage). Has the same stats as the Skeleton Archer. They spawn like the archers after filling all the melee slots. 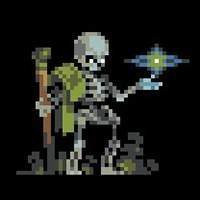 Stats in order of importance is:

The Necromancer will be able to receive the following stats on their gear: 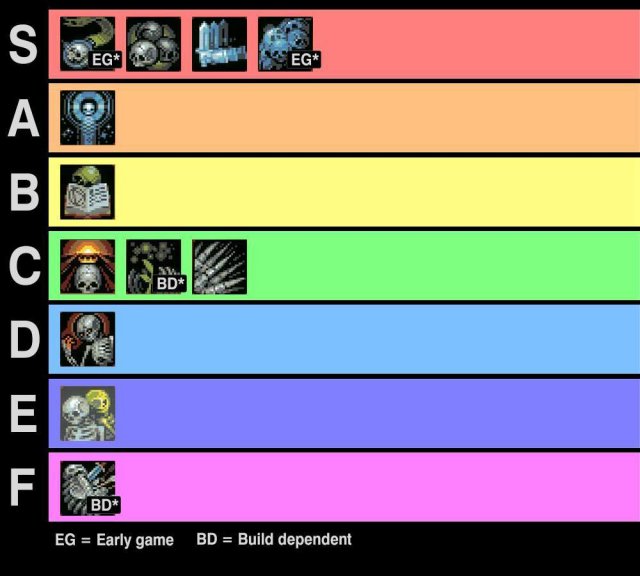 Preparation for a ceremony

Ambitions of the dead

The Thick Necromancer focuses on stacking as many Thickets as possible to boost the summon speed while using Laying down one’s life, Residual heat and Unseen care to stack energy armor. Focusing on a single stat, Skeleton level to boost both the damage output and hp of the infinitely respawning skeletons.

Only required building is Forest / Thicket which is unlocked by building a Forest in your base. Ancestral crypt should also be considered, however I’ve got yet to try that over the Arsenal.

While focusing almost purely on Skeleton level you’ll wanna get 4-5 total summon slots to split the damage from Laying down ones life. Can be done with either gear or picking up the Art of Control trait.

The sooner you can get a bigger horde, the better

Chance isn’t important when your skeletons start getting destroyed left and right. Summoning two at once might change the pace of the battle all of a sudden, it’s actually useful.

It might look nice, but it is per-loop, and it won’t make a huge difference. Items start to get crazy as loops go on

All of these traits are somewhat useless beyond first few loops, heck, they’re even useless even in the first loops. If you aren’t offered something else that might benefit you on the long run, I’d say launch another expedition.

It’s a shield that will refill every fight, can be obtained through Unseen Care or the amulet slot.

To achieve the Crunchy Company achievement all you’ve gotta do is place a bunch of cemeteries close to each other, as the achievement only states “Have 10 living skeletons in one battle.” -Not which side of the fight they’re on. Get a couple of +1 skeleton pieces of gear and you should be good. 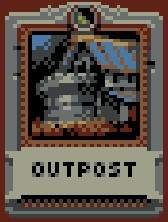 A tile that normally will help you fight enemies in exchange for some of the gear that drops will as a Necromancer result in you also being attacked by the Outpost guards. 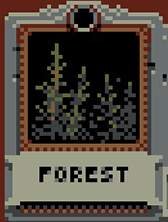 The forest tile increases attack speed, however as a Necromancer it’ll increase your summoning speed. It is very powerful to stack a bunch of Thickets (2% Attack speed) tiles.

More Loop Hero Guides: Tips and Tricks for Getting Started. How to Kill The Lich (Boss Guide). Ermac (Hidden / Secret Enemy). Quick Guide to Resources. Game Save Locations The […]

This is for everyone who is pretty done with the game and looking for the best Camp Supply Setup. Note that this is only my personal choice and maybe you […]

Loop Hero – How to Obtain In Time for Lunch Achievement