Sometimes no-hitting a boss can seem like a puzzle this guide is the online walkthrough you look up when frustrated with said puzzle.

Guide to No Hit Encounters with Bosses

This guide will show the pathing needed to get all the no-hits.

I will refer to the lanes with numbers as seen in the image. 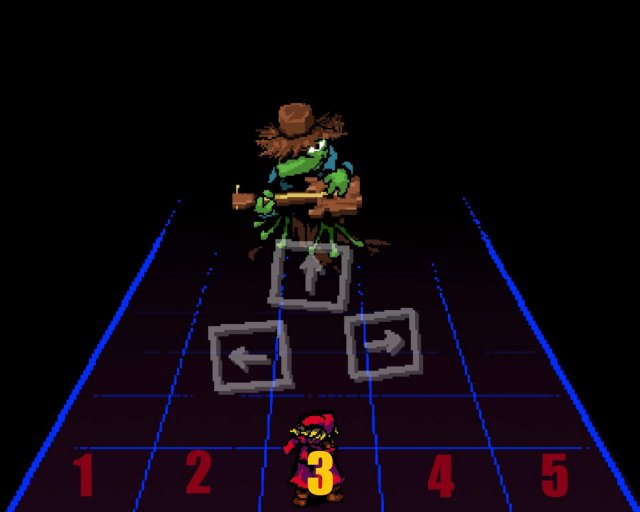 I maybe injured in some screenshots, but that is because I screwed up the path, these require a mixture of skill and pathing, and this guide is for pathing. Some general tips are lanes 1,3 and 5 are the safest. I will also specify if it is easier to fight them with the arm. All fights are done in hard unless stated otherwise.

As this is the first fight it is fairly easy to do without taking damage. The best place to be is in lane 1 or 5. This makes it so that the least amount of attacks will be needed to be dodged. 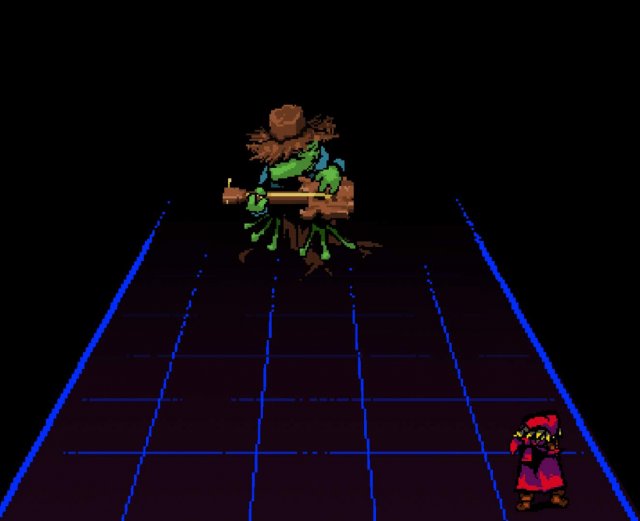 When the frog does the blue attacks move over a lane or jump them.

In the fast part with the blue attacks you will need to go back and forth from left to right. Then after that stick to lane 5 and jump any incoming attacks.

ATM is simpler to do than the frog, just stand in the middle and move when needed. This is very simple and there is no better way to do it.

Useful tip for this fight and others with a checkpoint is if you get hit past the checkpoint, die then hit restart from checkpoint and it will count.

For the first part of the fight just stand in the middle and jump, if one of the tall attacks come for you move to the side. When zigg uses the red attacks follow the pattern and jump when necessary. Continue as normal until he uses the marathon red death technique, there is really only one way to go in this part but you need to jump roll. 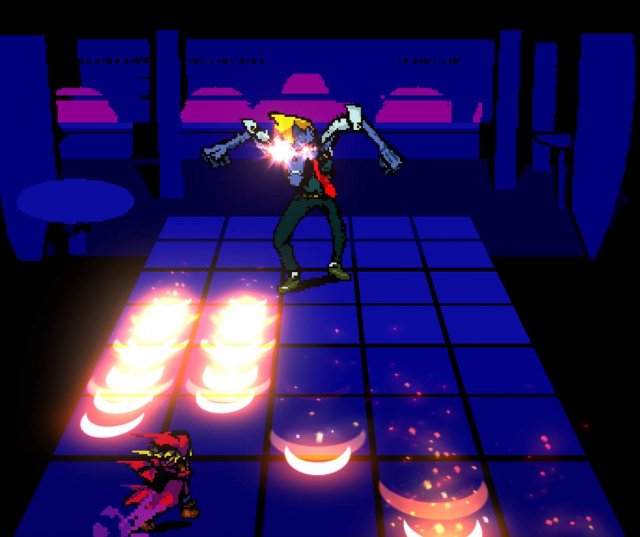 Once you have passed that part, its smooth sailing for the rest.

Going into this fight the first thing you should know is if you get hit you can restart from checkpoint to skip the cutscene at the beginning. The first part is the hardest, you will need to jump in lane 2 then immediately move to lane 3. The next one will come and you will need to do the same thing but faster. 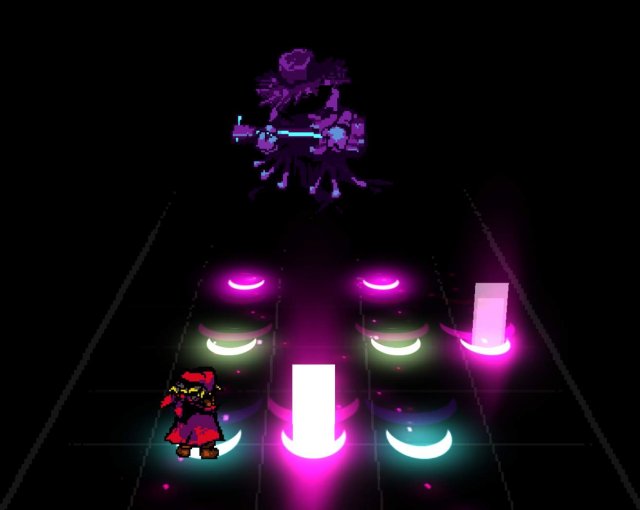 For the last bit you will need to jumproll from lane 3 to 2 then once you land move to lane 1. Once the aztec guy shows up hover around the middle until after the faces show in the background then move to lane 4 or 5. 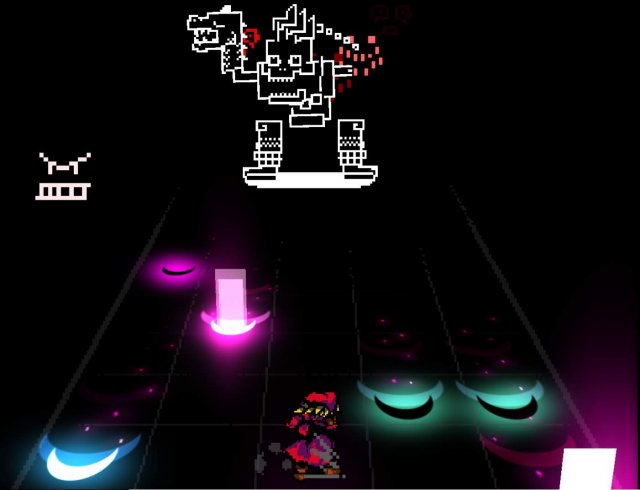 You will need to jumproll over the orange attacks. When pink shows up, move to lane 5 and dodge when necessary, it gets easier from here. Keeping to lane 5 instead of 1 prevents you from getting trapped by the tall attacks. 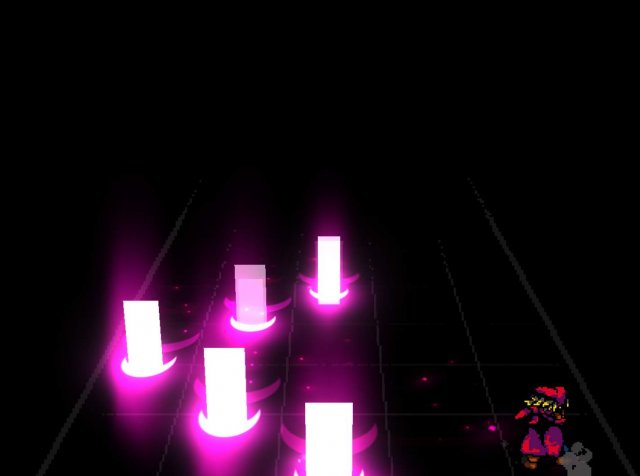 Stay around lane 3 and dodge left when needed.

Gnomes is very difficult and frustrating if you get killed as you need to go all the way back. Stay around lane 3 at the start. 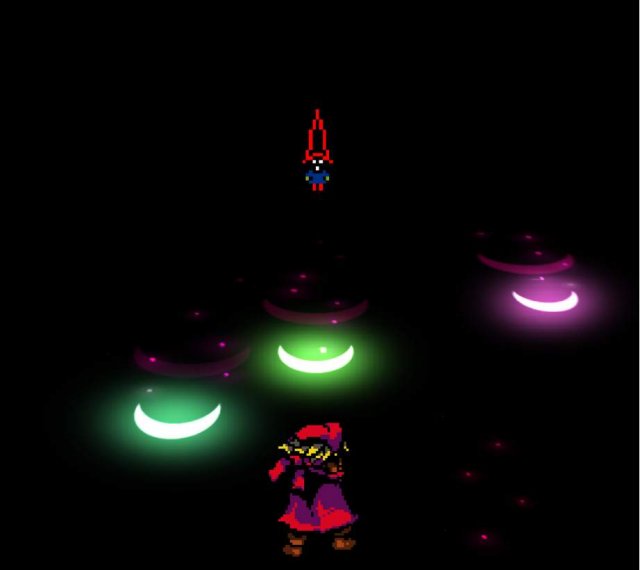 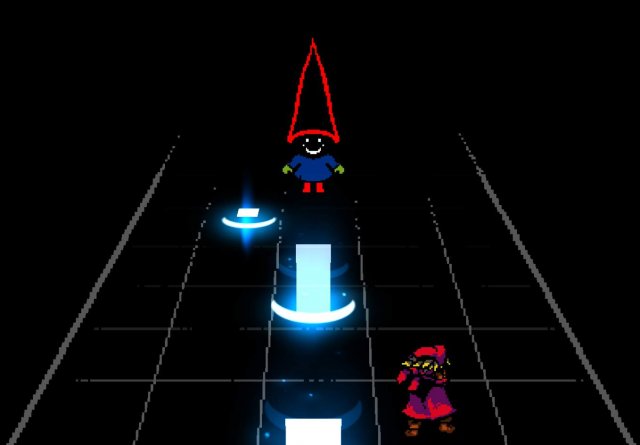 Follow the pattern from left to right to left, Then at the first opening go all the way to lane 5 (I got hit but that is because I was taking a screenshot). Stay in the middle area and follow the red attacks until the face gets a blue outline and you are in lane 1. It will then do a fakeout, so wait a moment before going to lane 5. 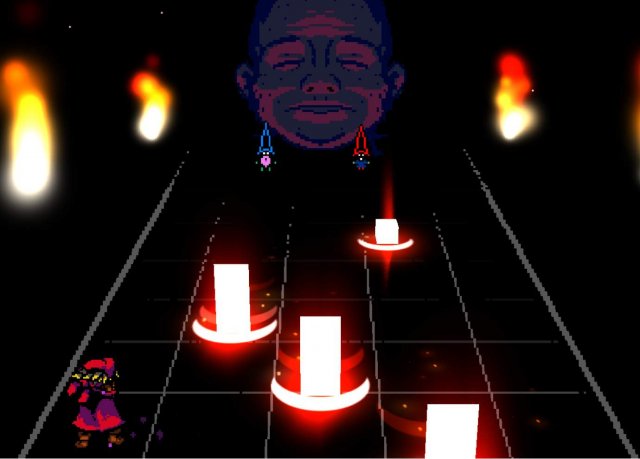 Stay in lane one until after the face “talks”, you will know this is about to happen when 3 yellow attacks show up in lane 1 right after each other. 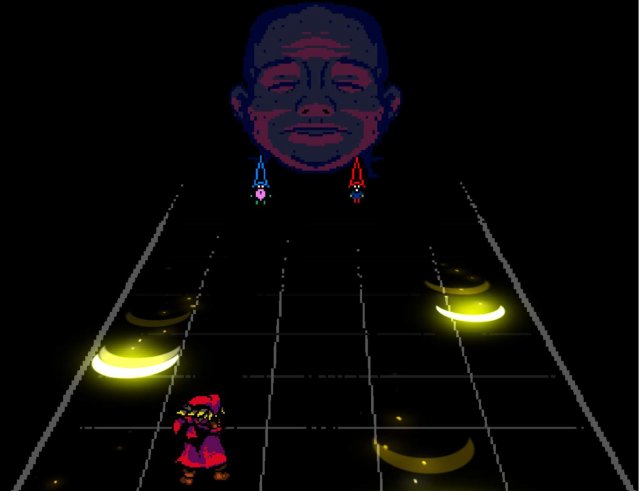 This is done because when it “talks” only one attack comes in lane 1. 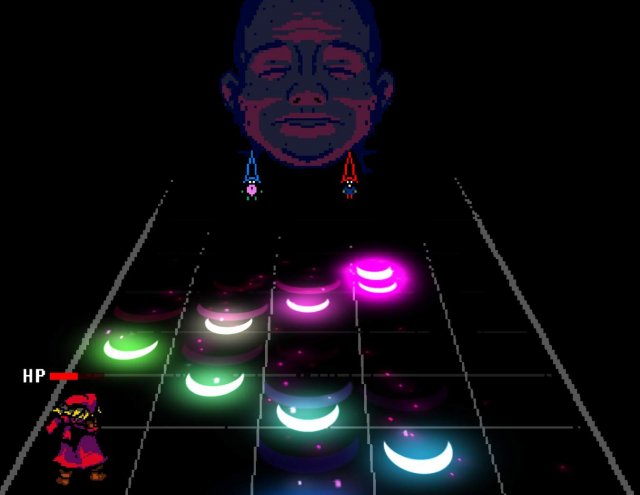 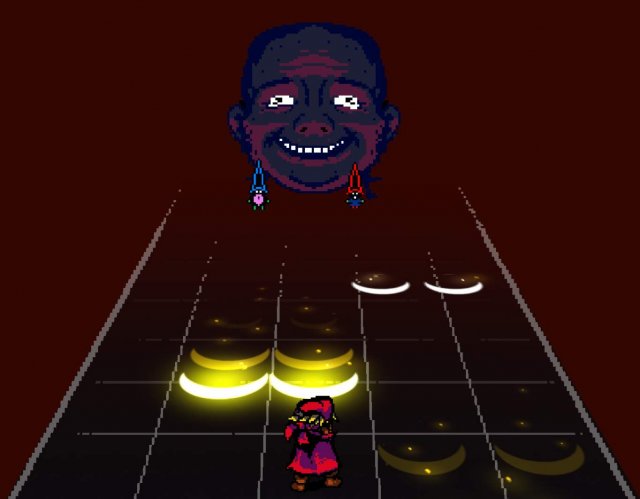 When the dev heads take over move to lane 1. This is done for the same reason as right before the head “talks”. 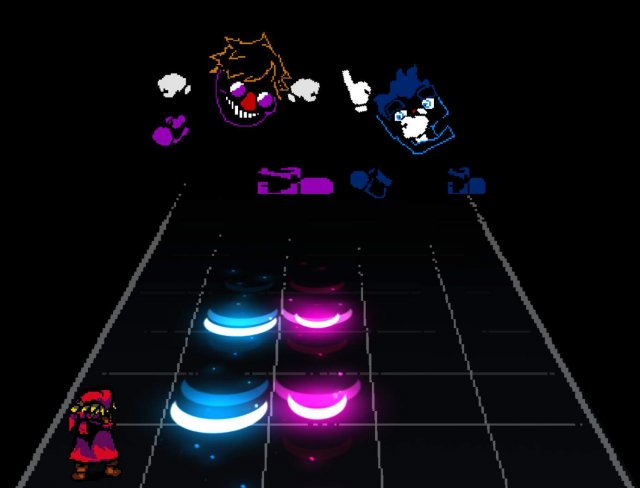 When buddha shows up wait in lane 3 until a long stretch of tall attacks appear in lane 4, right after that, move into the lane. When you are upside-down a tall attack will be in lane 4, move back to lane 3. When the dev heads take over again quickly hop to lane 2, after that dodge the attacks. Be warned you will need a lot of jump rolls. 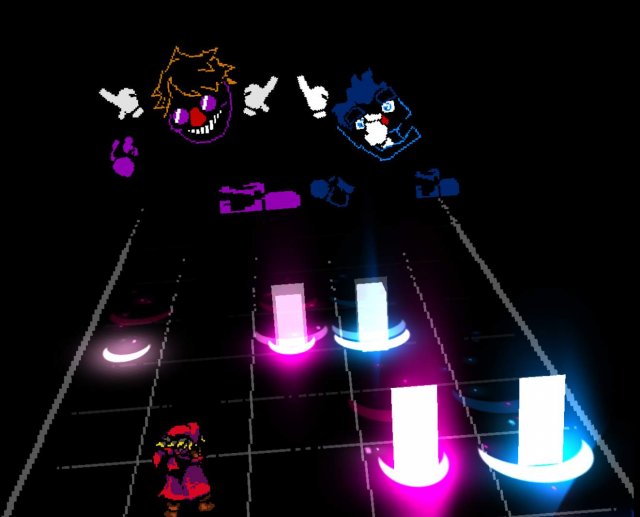 When the face bites down move to lane 3 then follow the pattern. Right after that go to lane 3 and stay there. 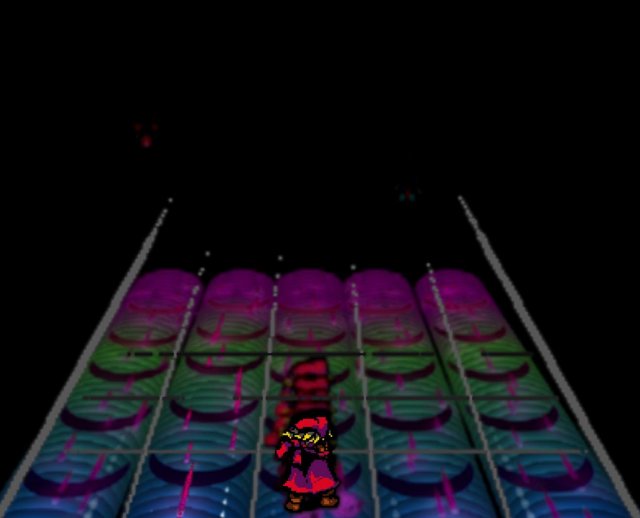 When the box shows up follow its patterns and jump when it hits the edge.