I’ve only been noting which mining outcrops I get for 26 days so this is a preliminary analysis. The entry in the wiki is accurate in saying you get 16 a day (6 in Mondstadt and 10 in Liyue) except on a couple of occasions I could not find the tenth Liyue outcrop. Their maps are inaccurate though.

Mondstadt has four patterns. 5/26 times I got the Stormterror’s Lair pattern which is simply six of the eight location have outcrops. If you visit the blacksmith it’s immediately obvious this is the pattern for the day because it will show where 3/6 are. 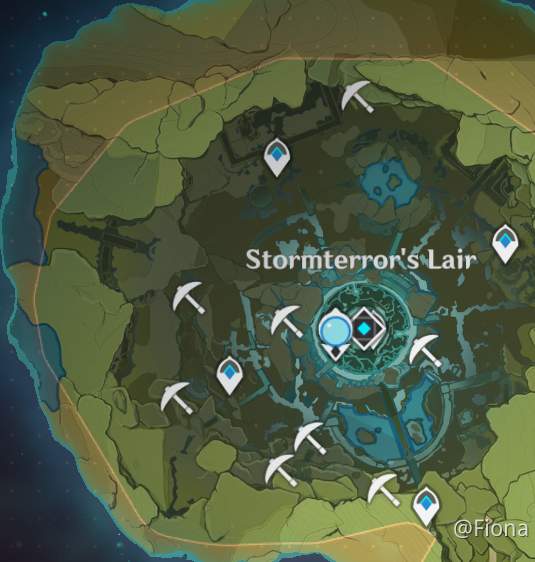 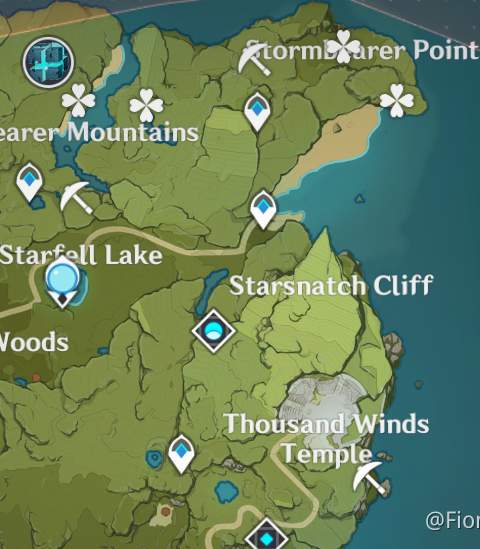 Pattern 3 (4/26 times) makes you work a little harder as there will be 5 outcrops in the West and the sixth will be near 1000 Winds Temple. I haven’t seen a nice way that (might) predict when this happens. If you look for six outcrops and don’t find them in Windwail Highlands then look at 1000 Winds. Here (below) are the eight locations for Windwail Highlands. Pattern 4 is that all 6 outcrops are found among these eight locations and this is the most likely pattern (14/26). 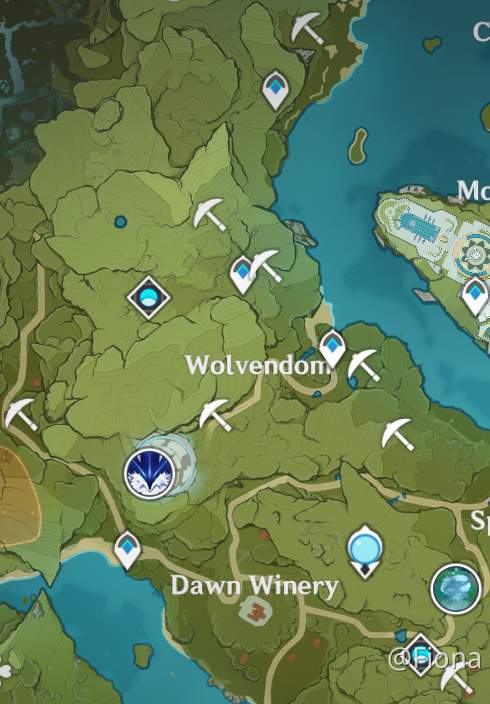 Moving on to Liyue there are ten outcrops each day and three patterns. The first Pattern (7/26 times) is that they are all in Northern Liyue, usually near Qingyun Peak. You can easily tell this pattern because the blacksmith will show you outcrops from here. Here are eleven of the thirteen possible locations: 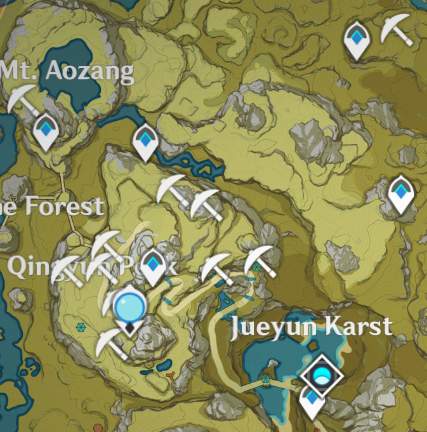 Pattern 2 (4/26 times) has the ten outcrops for the day appearing in Southern Liyue. Here are ten of the thirteen possible locations. Mount Tianheng has two locations right next to each other and I’ve never seen one get an outcrop without the other. I tend to think of it as one location that’s a “double” but maybe it’s just luck. 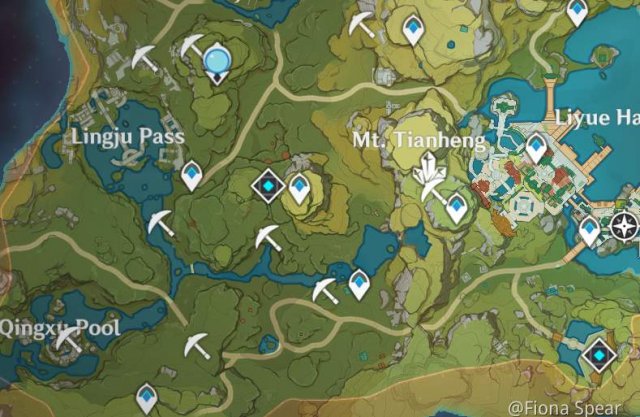 There’s two locations in middle Liyue that are used (rarely) by both these patterns. In this picture (below) they are the one in the West and middle. The location on the East (Luhua pool) is a very common one for Pattern 2/3 and belongs with the picture above really.

Finally Liyue Pattern 3 (15/26 times) is like Pattern 2 but includes four outcrop locations in Guyun Stone Forest, which will all have outcrops. Note that you don’t have to fight the four ruin guards. It looks like you can tell this is the pattern when the blacksmith shows an outcrop on Mt Tianheng – which is normal. But perhaps this is luck. At any rate if you teleport to the Northern outcrop location you can very quickly see if there’s a blue magic crystal in sight without even moving. If there is then the other three locations will also have outcrops. 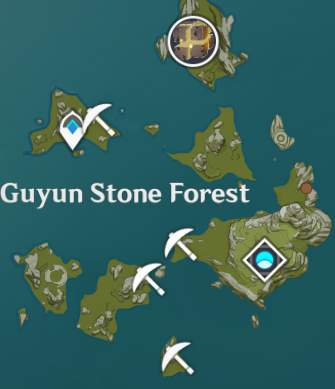 Genshin Impact – Vishaps and Where to Find Them: How to Maximize Rewards