Basic Tips and Tricks to make getting Started with Evil Genius 2 easier. 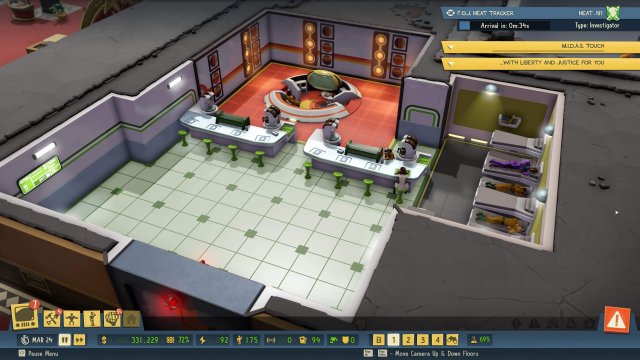 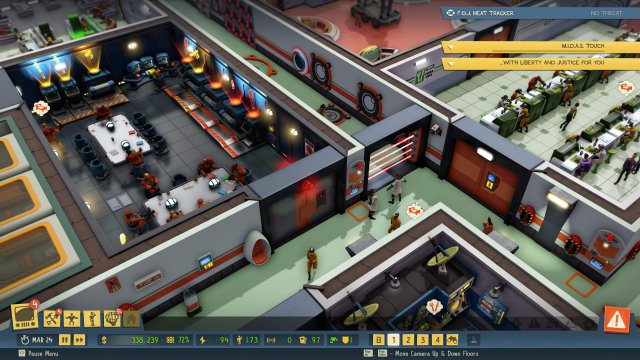 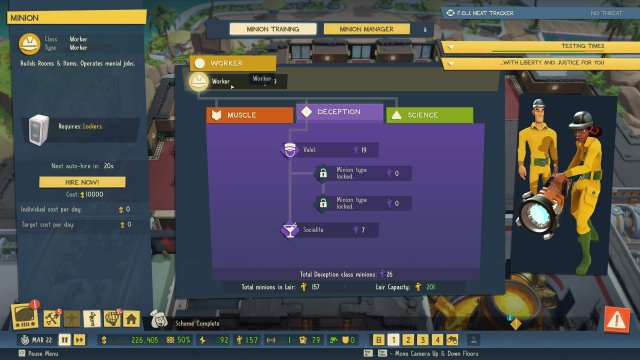 Most or all of the Side Activities tagged “Crime Lord” are Multi-step (3 or 4 part) Quests for unlocking more Henchmen (Jubei, Eli, Incendio, Naomi the Roboticist etc.).

It’s best not to attempt most of these right out of the Tutorial since they can be a bit tougher than your usual missions and can be stressful to deal with both on the World Map and Lair and disrupt what you’re doing requiring your attention (for instance being overrun with Squads of exploding robots setting your entire base on fire (have fire extinguishers!), having constant energy Blackouts and so on). Once you have some Research and base building done and have hired a bunch of Muscle Henchmen, you’re ready for most of them.

How Does Heat Work Anyway?

Every region of the world you work in has an independent Heat rating that increases long-term whether you do anything or not (you can slow this via Research and the Control Room) and increases quickly when you do Schemes. There are also Heat reduction Schemes that help you drop it. You could also wait for the Heat to become Maximum, triggering a 5 Minute lockdown of your Criminal Network in the region and resetting to 0 afterwards. This is useful Early in the game or for Lvl1 regions, but you might not want a Lvl2+ region generating 150+ Heat for 5 minutes later in the game.

You can see your current Heat Level for a Faction added up at the Top right of the Screen via the “F.O.J. (Forces of Justice) Heat Tracker”. 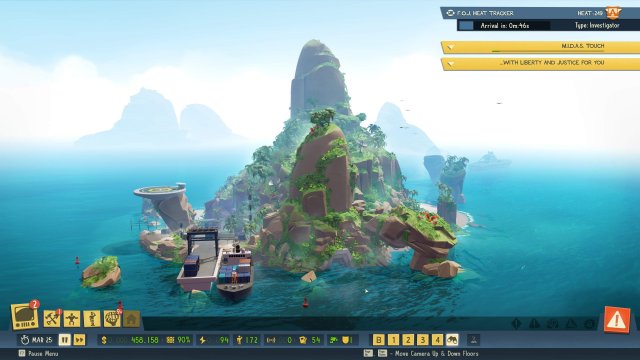 Usually the Faction you have the highest Heat Level with at the moment will send out Agents to your base next. It determines what kind (Type: Investigator/Soldier/etc.), what amount and what Level of Agents they send. Before the timer runs out you can still decrease the Heat. Once it runs out it’s determined and they’re on their way. They’ll arrive either with the next boat or via speedboat right away and you’ll have to deal with them in your base.

How to Deal with Super Agents 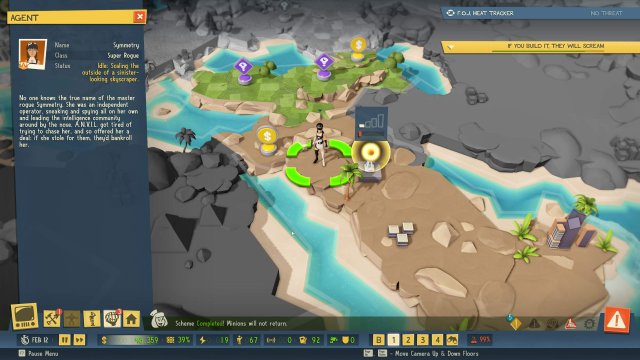 For now, the guide is just serving as a depository for various tips and tricks to help players get the most out of the early stages of hard mode, making […]

Do you want to get this henchman but have no idea how? This is the definitive step by step how. Guide to Get Full Metal Jackie Introduction The FMJ questline […]

Evil Genius 2 – Guide for Standard Schemes on the World Stage

This guide aims to give players a breakdown of the basic money making schemes available to them at different criminal organization levels. It also will explain what advantages and disadvantages […]