Don’t be afraid to nexus ever. It’s often tempting to risk it all, but its not really worth it to risk a good character for just some pots. You can learn as much from a nexus as you can learn from a death, at fraction of the cost.

Watch good rushers. There are many videos on youtube of lost halls rushes. Watching what youtubers do in situations is good for learning what to do.

You don’t technically need good stuff rush a halls, but it becomes much easier with a good character, and pet. For learning, max legendary pet with heal and magic heal is good.

Trickster is the easiest class to rush with, basically just teleport over entire rooms, but this guide will be focused on Warrior, and applies more or less to any class who doesn’t teleport. These classes are more complicated, but better dps for doing MBC with. Any class with an ability that gives speedy is extra good (throwback to when i rushed all pots in a halls with a bard with snake lute).

Maxing your warrior is recommended, but atleast speed should be maxed. HP and defense make it easier too. Pet nerfs make vit helpful as well.

Stick to the edge.

These rooms aren’t terribly difficult to get by, but they can be dangerous as you are almost guaranteed to take some damage.

If you are only cutting a corner of the room, it is very easy to just slink by in the corner.

If you want to get across the full room, you will need to get close to some swordsmen. Stick to the wall the whole way across, going through the middle is not a good idea. I prefer going the same directions as the rotating swordsmen, and staying in between 2 to take less hits, but going against their direction also works. The hallways next to oryx rooms are pretty safe places to heal up if you aren’t dragging anything, because they will not chase you if not activated.

Avoid paralyze, and sitting on enemys. stick to the edge, unless there is a golem blocking

These are very annoying to rush through, the worst in my opinion. Keep your distance from all golems, especially the large golem, and the orange golems, as they can very quickly pop you. Sticking to the edge is a generally good idea, but because of the inconsistent placements of the golems, you sometimes want to cut through the middle to get around them when they are on the edge.

When you are cutting through the middle, pay attention to the paralyzing shots from the purple golem. Getting paralyzed in the middle of an oryx room is a very easy way to open up a character slot.

Easiest room to rush, unless you are dragging something. These are very easy to get by, just simply go with the flow of the slime, the bats and rats aren’t very dangerous. Savor these rooms, and heal up before you rush out… unless you’re dragging something, where you want to leave immediately because the slime greatly restricts your range of movement.

These aren’t too much of a problem to get by, but occasionally you can eat a lot of shots and lose a sizable chunk of your health running by. If you continue running, you normally will shake off the crusade in the next room. Crusades become a problem when you slow down and drag them into another room.

If you drag one into a pot room or troom, circling the room and killing the commander is a good way to deal with it. You can also just do one circle and then leave the crusade in that room.

Dragging one into a slime room can be bad, and if you have to spend a long time in the slime room, you could die. Try to get by the slime tentacles before they fully form to leave fast.

Rare occurrence, but very dangerous. Try to run away as fast as possible, but it is very hard to completely shake one. Going into a pot room is the best strategy, and then rotate around the pot room, dodging every shot to avoid getting slowed.

The spooky boy will teleport 3 times before he finally goes away. 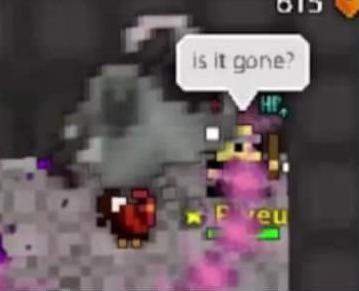 Knowing where to go to get to your destination fast is important for minimizing the amount of time you have potentially dying.

When you go into the halls, choosing the split that leads to the most open space is usually the way to get to MBD. The boss room is a larger room, so it naturally needs more area to exist. 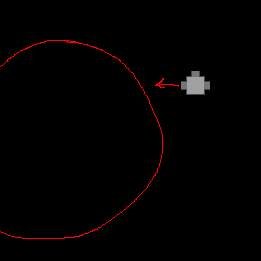 There will be 10 rooms in between spawn and boss (including MBD room) (2×2 loops count as only 1 room), so you will usually want to continually go toward the largest area.

If there is a split that isn’t a loop, that means one of those directions will be to MBD, because all pot rooms and troom split directly off of main path.

This image i made (poorly) is a pretty good summary of everything i said (there is more if you search). 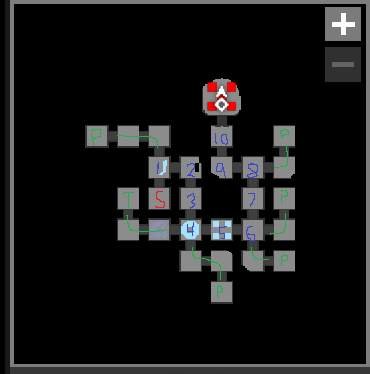 Blue numbers 1-10 show the main path, that leads to MBC after 10 rooms (including MBD room). There are no loops in this image, but if a 2×2 loop was on the main path, it would count as only 1 room.

All 6 splits, marked in green, are directly off the main path.

Rushing lost halls is not a good idea if your main goal is to gain and preserve loot. You most certainly will die, (unless you downloaded a high end gaming chair client), and lose more loot than you gain, until you are very good.