This simple guide will teach you how to get rid of your debt in a few easy steps.

Guide to Get Rid Debt 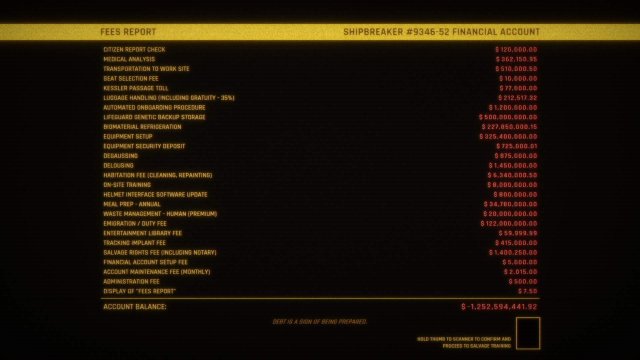 Firstly, seek to join a union. This can anything from the I.W.W. to a local unions. If there aren’t any unions you can join, try to unionize your workplace, talk with your fellow employees, but keep it away from any higher ups as companies have a history of violent union busting (such as the Pinkertons assassinating union organisers to Amazon’s pervasive anti-union propaganda.

Sabotage is the Collective Withdrawal of Efficiency. Contrary to the popular conception of sabotage, sabotage in terms of the workplace isn’t the destruction of the means of production, but rather a conscious withdrawal of efficiency. This is done with the intention of forcing the boss to accept the terms of the workers. Key demands of saboteurs are shorter work days, fairer pay, and safer work condition. But ultimately it’s a push for the means of production to be owned collectivly by the workers.

Strike Action is the union collectively deciding to refuse to work until their demands are accepted. This requires the refusal of the entire workforce, and those that continue to work anyways are often branded as “scabs”. This is the natural next step if sabotage doesn’t work. Since the economic pressure of the entire workforce ceasing to work has show to be what makes the company buckle.

Furthermore the biggest tool in the belt of unionising is the General Strike, which is a Strike on a large scale, with the cooperation of several unions, striking either in cooperation or solidarity.

Now at any point in this process you’re likely to clash with the police. The police are the State’s monopoly on violence, and function to punish crimes of poverty, and the crime of opposing the capitalist neoliberal hegemony. Cops have acess to tools that are banned in international conflict, and should absoloutly not be faced on their terms.

A fun quick guide on how to confront police during riots is the short game by Colestia: They Came From A Communist Planet, but you should absoloutly be aware on further police strategies and how to stay safe during riots.

The main advantage you and your comrades have over the police is your numbers. And as with any other violent gang of thugs that terrorise your neighbourhood you chase them out.

Dismantle Capitalism and the State

The key points of Capitalism that must be sought to abolish are:

Dismantling and abolishing these systems, and replacing them with Mutual Aid structures, and Efforts Focused Around the Human Needs of the Community should be the ultimate goal of your movement.

Congratulations! You’re now free of your $-1,252,594,441.91 debt, as you now live in a moneyless, classless, anti-work, post scarcity, anarchist world, build on the foundations of solidarity and human need as opposed to economic profit.

Gameplay F.A.Q. Q: What is the gameplay loop?A: In a nutshell: Salvage ships to earn credits and increase your Rank at LYNX Corp. New Ranks unlock new tools and upgrades […]

Hardspace: Shipbreaker – Tips and Tricks for Getting Started

Before you play the Hardspace: Shipbreaker game, you will definitely want to know these simple but useful tips and tricks. If you have any tips feel free to share with […]

General guidance and advanced trickery – and a bunch of stuff that Shipbreaker doesn’t really tell you. General and Advanced Tips Basics Right click while holding onto a thing with […]