Arctic Anxiety offers several possibilites to store items. This guide gives hints about which to use for long-term-storage.

Maybe you made this experience already (like everyone of us players do): You grab cardboard boxes, loot them for useful items and then use them as storage for all you want to keep. Maybe you make neat stacks of paint bins, too, to have enough fuel for the campfire.

Then you log off (of course you save the content/progress of your game).

But then, the next day, or each time when you load the save (e.g. due to death) shock those cardboard boxes and your loose items are gone!

This is no bug. Really. 🙂 Cardboard boxes are washed to the shore all the time. Thus, at one point sooner or later, you would drown in all your stuff. The developer removes them on purpose.

I hear your question: “But … but … do I have to restart from scratch all the time then?” No, of course not. Some safe storages are there from the very beginning, and you can craft more with time. 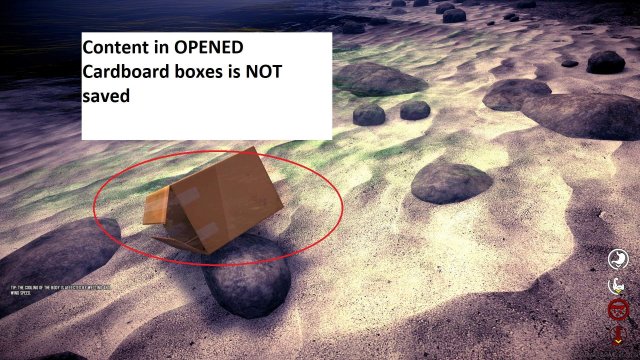 Okay, back to where have I been? Let’s look at the next screenshot: 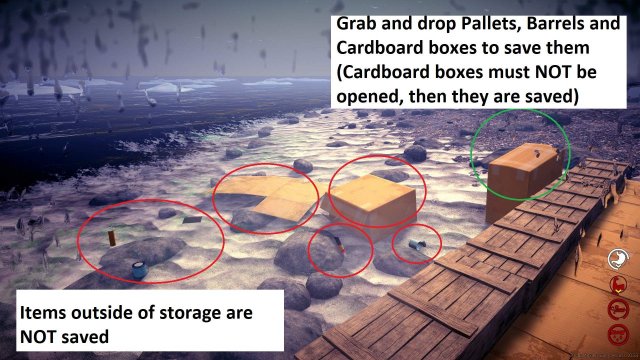 The liferaft where you start the game has some storage slots which are safe, too.

The screenshot shows the liferaft, an already crafted campfire and one crafted wooden storage box. 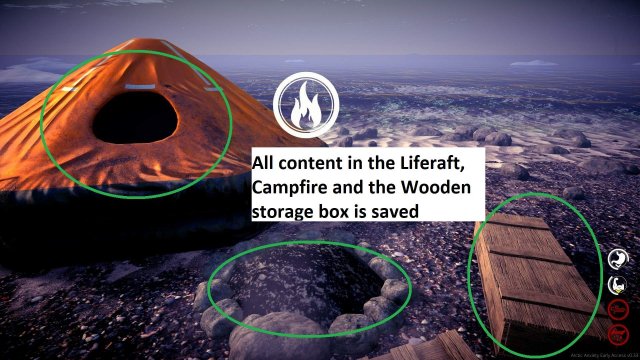 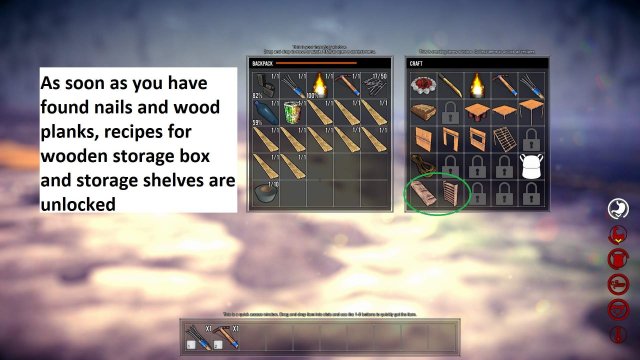 If you have enough wood planks and nails, craft a storage shelf as it holds more item than the wooden boxes. Items stored inside those shelves are safe, too. 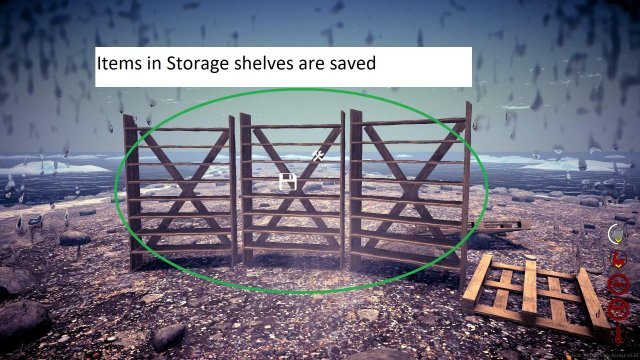 Those recipes are also a good way to store items. You can only have one recipe open at the same time, so select one which holds most of the items in your inventory. Move the respective items from the inventory to the recipe, and thus free the slots in the inventory (but keep in mind that the weight of the items still count!). 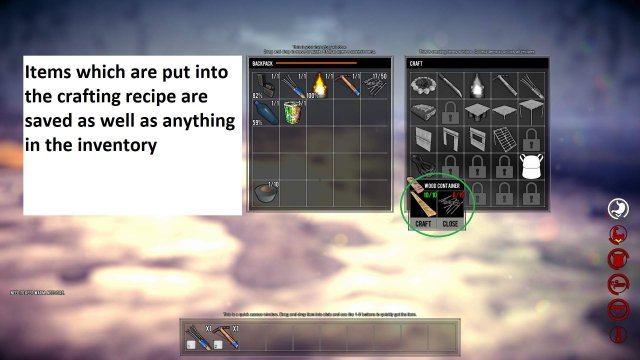 The campfire is a bit tricky and dangerous as storage. In theory, you can put in many things which you could use as fire fuel, too, but you can take them out only if burning has not started. Opened paint bins can not be taken out at all. I only store opened paint bins in them to avoid loss of other items. 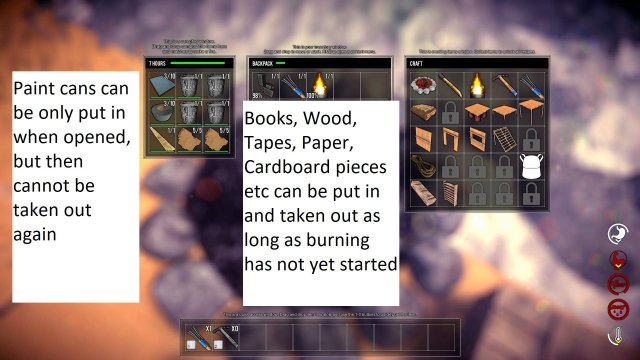 When you walk from the liferaft towards the bigger part of the island, there is a storage barrel on the ground. Whatever you put in there, is safe, too. 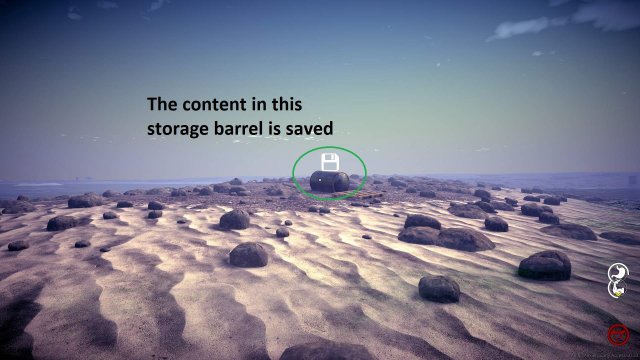 This guide will show how to survive by fishing (picture by picture as an alternative to the videos). Guide to Fishing  Craft and Use the Fish Spear As soon as […]