Step One: Where to Begin?

As with many things, the first question, and first step, is where to begin. In this guide it is assumed that you are capable of using factory parts and are using said parts. I begin almost every missile I make with the fuel tank. Starting with a fuel tank nullifies the possibility that you forget to add one later. Another crucial part: Add a button to the main drone, and keybind this to the thrusters you’ll be adding later, so your missile can move. 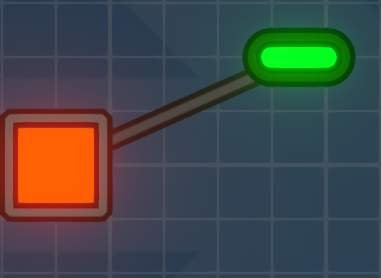 Once you have that fuel tank there, add thrusters as in the accompanied image. Two thrusters allows for fast-moving missiles. Next, add the one part that’s essential for missiles: TNT. If your missile is going to have additional functions on impact, you also want to add a Trigger Impulse block, but if not, add a fuel tank. It should look like the other accompanied image. 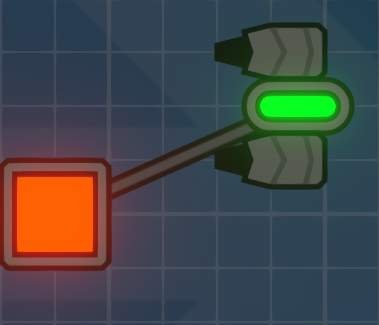 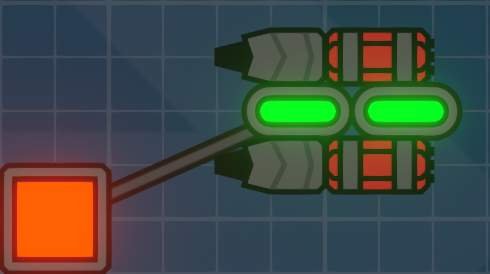 And now the final, but still just as important parts. At this point, you should add a VTOL thruster and proximity sensor. The VTOL thruster to have your missile follow the cursor, or enemies, and the proximity sensor so your missiles blows up upon hitting blow-upables. It should look like the accompanied image, again, but a. that spike isn’t necessary, I just put it there to look more missile-like and b. it’s also important to select the right settings, like in the picture, and c. it’s also good to have a short-range sensor, so the missile’s explosion will affect its target.. Having a missile that hunts down enemies is useless if the sensor doesn’t detect them. Once you have these missile fundamentals, just keybind the sensor and the explosives, and you have a basic, guided missile, all ready to blow things up. 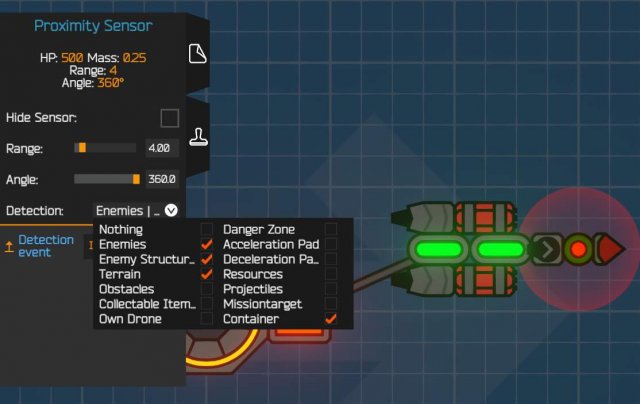 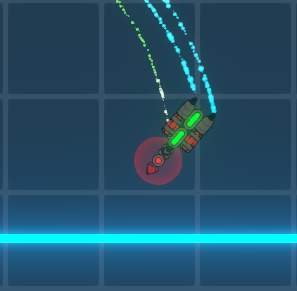 But if you’re even somewhat creative, a boring old missile won’t do anymore than unseasoned food. To start, you want to use a Trigger Impulse block to cause a .10 second delay between hitting something and blowing it up. Using this delay, you can insert weapons or other things into the missile design. Although …technical issues prevent me from uploading a picture of a cluster missile, just use the regular missile design and replace the inner fuel tank (the one connected to the VTOL thruster and proximity sensor) with a Trigger Impulse block. You can add grenade launchers next to the TNT, and remember to use both the -80% energy usage and the -20% energy usage ones, which combine to create a completely energy-less weapon. Also remember to set their fire buttons to the proximity sensor button. You can add other weapons to the design, such as plasma weapons to create a plasma missile, or even make a missile that constantly sprays projectiles. The [space] is the limit!

This guide shows you how to pick a resource planet clean in Sandbox mode. It can also help with getting 5000 resources (gives you a badge). ContentsInfinite Resources GuideWhat Is […]

Nimbatus – The Space Drone Constructor – Guide to the Galaxies: Armor

In this guide, you will learn not only about appropriate armor formats for various mission types, but also core armor mechanics and information on the physics engine at large to […]