Description of party members, their equipment, used skills and abilites, and the necessary game mechanics and tactics to beat the last mission on nightmare.

Guide to Beat the Last Mission

Silver Griffins and Their Equipment 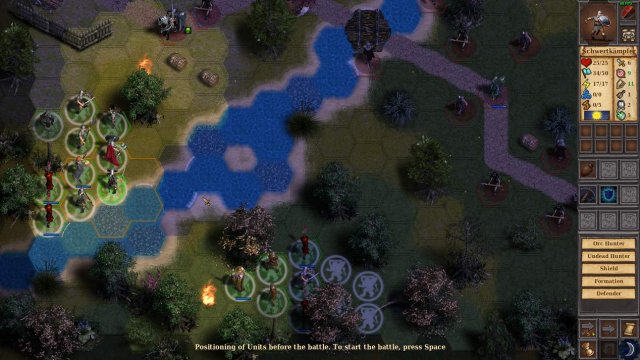 Place a second barrel of Gunpowder towards the first one. They will provide an extra boost for killing the first enemies, the upcoming fires illuminate the area for the archers and narrows the path, so the enemies are forced to attack one by one

Dig 2 Fords nearby the existing Ford at the back of the party, so enemies are handicapped hitting you in the back and are more vulnurable when fighting them.

Place Fire to iluminate the area for the archers.

Add the Raptor to the right of the right starting positions, so your units get time to join the main party. 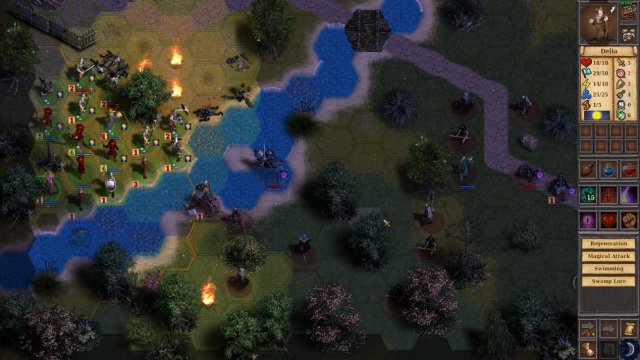 They give +2 Evasion to each other.

Behind them place 2 Halberdiers, they have the defender ability (+1 Evasion on adjacent friendly units) and range two.

The Priestess is behind the tree. The Halberdier with the Night Sun is to the right of the Priestess.

Together they illuminate the party and the row in front of your party.

Use mage’s fireballs and dwarfen grenades to illuminate the map. These two make good damage to multiple units too, in addition use “liquid fire” if neccessary. Don’t attack units in the dark.

Use mage’s “rain of rocks” to stun enemies. This makes good damage to multiple units too. In addition use a lot of stun bombs. Don’t attack units not stunned.

Keep one eye to plan the damage points. So don’t waste 9 damage when only 1 is needed to kill a unit.
And it’s better to kill 2 units than to wound 6.

Use the heroic cry of Roderick and the Paladin so you get the morale boost (+1 bonus to Accuracy, Evasion and Strength).

Plan each round. Start with the mages.

Look if enemies in close-combat range (Those you can reach with your swordsman, Roderick or Paladin) are already stunned. If not, stun them using “Rain of Rocks” or stun potions.

Look if illumination is needed. Otherwise take advantage if a mage is in good attack position, use the lighting skill or generate mana using the Meditation skill.

Calculate the possible damage. The close-combat fighters don’t have much possibilities, with the others try to kill as many enemies as possible and try not to waste damage by making only as much damage as needed to kill the enemy unit.

Keep Delia out of range of Svenefeld. Svenefeld has range two. Hopefully the river or another enemy is between Svenefeld and your party. You also can use the frog for this purpose. Use the Halberdier for attacking Svenefeld, he also has range two and makes a lot of damage (+4 due to Svenefeld is “huge”). 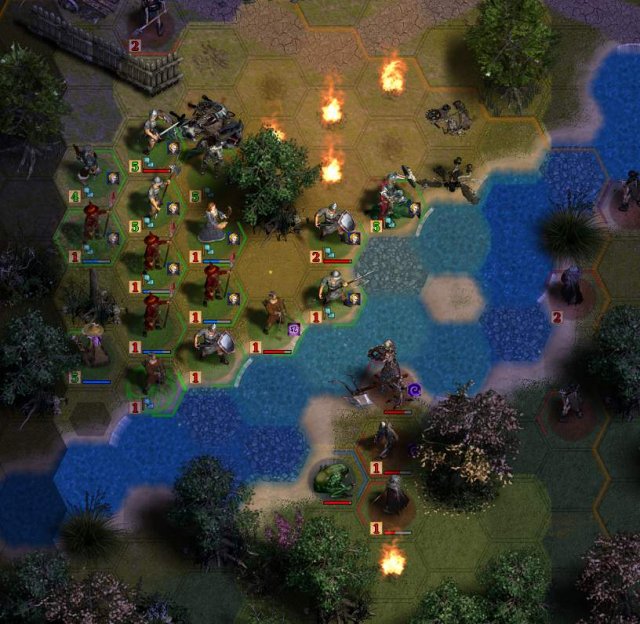