This guide will teach you the mechanics of stealth and how to become a better sneaker.

The 3 Methods of Detection

There are currently three methods that mobs can use to detect you:

Now, on to what all the icons mean.

The first thing you will notice is a little white bar.

This bar is how visible you are to mobs. Obviously, the lower the better. This bar does NOT affect how much sound you make (at least at the time of the making of this guide), and you do not make sound while sneaking.

Next, you will notice that there seems to be a … cross-hair … thing? … maybe an eye? This is your “status”, or how “alert” a mob/mobs is/are to your presence.

Mobs are alerted to your presence in “stages”:

Certain mobs have only 2 alerts. For example, deer cannot be on-alert or cautious. They will simply go “NNNNHHH” and run away like they do in real life. Some mobs, like bosses, don’t have alerts at all, they just KNOW where you are.

So, now that we have the primal basics out of the way… how does this all work?

Sight works on a cone. Your visibility / sneak-bar when crouching determines how visible you are to mobs in their cone. When you are in front of a mob or in it’s cone, and you sneak forwards toward it, you will first get a “suspicious”, or “alert-2” as we’ll call it, and they’ll act accordingly. If you are close enough, you will get into the “detection-range” and be fully detected.

Sound works like a “ping” emitted from your character whenever you move. You make no sound when not moving at all, regardless of whether you are crouched or standing. Whenever a creature hears your “ping”, they will be alerted to your presence, and act as such for level-2 detection/detected.

Running will emit a VERY large “ping” from your character. This is how you get ambushed by mosquitoes and 1-shot hit in the back because your back is to them and they get sneak-attack damage on you.

Smell works on a narrow cone based on the direction of the wind. You can view the wind-direction in the top-left corner of your screen on the mini-map.

There is currently no way to affect or “change” your smell in Valheim, but only a few specific creatures have a good enough “smell” to sense you.
Deer will automatically run away, while Trolls and Wolves will go on an “alert” status and start heading your direction.

This one is a little different from farming up shielding or weapon skills.

In order to gain sneaking skill, the game makes a check.

If the game answers “yes” to all of these questions, you gain sneak skill.

Currently, the sneaking skill only very minorly improves/lowers your visibility. The main thing it improves is speed and stamina-drain while sneaking.

A good way to “farm” sneak-skill points is to sneak around a boar-pen while the boar is being tamed, since tamed boar do not get scared by the player (but non-tamed / currently taming do), this is a perfect opportunity to farm your sneak skill while having your hammer out to repair your fence / fortifications.

Obviously when you do an attack and you are not detected you get a sneak-attack bonus.

It’s not a surprise that full set of troll-armor gives you a 25% sneak buff.

But here’s the thing:

That sneak buff also applies to Sight and Sound while walking, not just sneaking. Perfect for someone who wants to go somewhere without attracting attention … or perhaps sneakily steal a goblin village’s flax and barley without attracting pesky mosquitoes.

Obviously if you’re going for sneak-attack, the knife is going to be your best bet.

Not only does it have a great middle-mouse button that causes you to lunge forward an absurd distance and deal 2-3x damage, you also have the 10x damage multiplier on sneak-attack damage, the highest in the game for any weapon.

The knife also does not impose any penalty to movement, making it a perfect asset to pull out while sneaking, or even while traveling, even though you can hit a number to pull out your primary weapon.

The knife also has one of the lowest stamina-usage per-swing in the game.

The knife does half-slashing, half-piercing. This makes it good against trolls to get your armor upgraded, and actually half-decent at dealing with skeletons should you get caught without a club or blunt-weapon.

The knife, also because of the reason above, makes an absolutely fantastic secondary weapon not only for situational purposes, but for if your primary weapon breaks.

If you see a bunch of grey-dwarfs with their backs turned against you and haven’t detected you, and you need to get into that building, take out your knife and sneak up behind them, do a normal attack, then go to the next one until they’re all dead. It’s actually a LOT easier than it sounds.

Primary weapon breaks? No problem, you’ve got a knife to go back to your base with … which you’ll be sneaking around with, or trying not to get detected in order to get back.

Almost without a doubt, the abyssal razor (knife) is probably the BEST knife in the game. You can get it immediately after defeating Eikthyr, and you can upgrade it to nearly level 3/4, giving you an amazing start/boost. Especially since it’s literally better than a copper knife.

Now, I know what you’re thinking:

“But isn’t the black-metal knife better?”
Ah, yes it is in terms of damage … but wait … don’t you have to defeat Moder to get that?
Don’t you have to … ya know … go through 3 bosses to do that?
… That’s what I thought.

Things That Affect Your Sneak

Alright, so you’ve probably noticed by now but.

Sneaking while in shadows makes you less visible. Sneaking in light, even moon-light, makes you more visible. It’s important to know where to go, and how you’ll get there to do what you need to do. 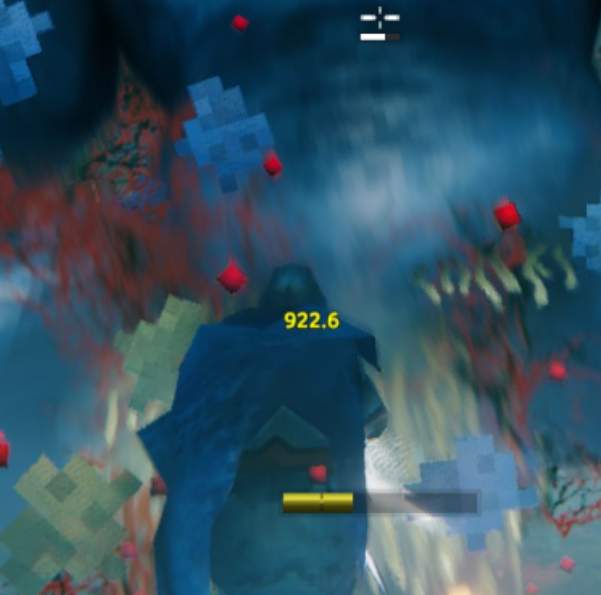 Valheim – How to Use the Ymir Flesh

Ymir Flesh is one of the many rare collectible items used for crafting in Valheim. This guide will teach you how to use the Ymir Flesh in Valheim. Where to […]

Valheim – Wishbone Guide (How It Works)