Do you wish to have 3-4 fully upgraded Obers out by 8 minutes into the start of a match? Look no further!

Guide to Get Obersoldaten Early

Most build orders for OKW revolve around starting out making a few volk, sturm, or panzerfusie squads, and then adapting from there. But these troops are weak, scale poorly, require expensive upgrades to be any use, doctrinal, or a combination of any/all of those. Plus, these build orders are repetitive and boring. What if there was a way to switch the build order up so that its interesting, new, fun, and viable all while skipping out entirely on these rejects? That’s where this build order comes in! Using the following build order and strategy, you can save manpower throughout early game to build and upgrade around 3 or more Obers at around the 8 minute mark.

A (not) quick guide to effectively using the kubel wagon 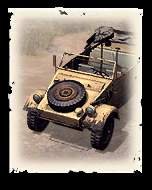 The kubel wagon has its main weapon as a mg34. Because of this, it is a very effective tool at killing infantry that is out of cover and its DPS doesn’t drop that much over distance. However, since it is a vehicle, it doesn’t gain cover benefits. This means it cannot slug damage very well with infantry that is in cover. Additionally, it also can accelerate and move fairly quickly, meaning that if you get into a sticky situation that you can just run away for repairs. However, the kubel has very low health and is easily taken down by handguns.

This means that as a general rule of thumb, you want to annoy your enemies by attacking them when they’re out of cover and pulling back when they get into green cover (or, if there are no other enemy units nearby or you think you can force a retreat quickly, then you can also circle around the enemy unit and attack their side that isn’t in cover.) Yellow cover you can usually make your own choice about what to do. For yellow cover, I usually just slug it out for a bit and then pull back a bit for repairs, and then go back to slugging it out. And since DPS fall-off isn’t that bad, and the risk of having an AT grenade thrown at you is substantially higher the closer you are, you should be trying to engage at a distance rather than up close. With all this being said, if you can utilize your kubels correctly, then you can easily shred some enemy units (some). Let’s take a look at the most common units you’ll be facing off against so that you’ll understand how to approach them! 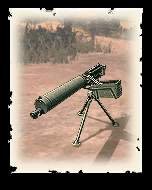 These are one of the things that, if well placed, can ruin your day. If they’re in a building, or behind cover and well supported by troops, you can’t do much really. Your best bet is to be annoying and force them into attacking you by capturing some of their unguarded points, or helping one of your allies win a fight. 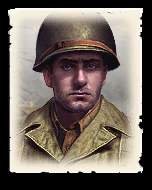 These are usually very easy to counter with the kubel. This is because their long-range damage is pretty poor. As long as you keep your distance, and make sure to follow the previous rules about engaging in cover, these guys are easy to kill. Once they start to blob up, it can be a bit hard. If need be, you can bait a blob of these guys around a corner with low health kubels, and sturmpioneers can be used to ambush them while you fire on them with kubels. 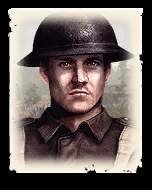 You would think these guys would be the easiest to deal with out of all the standard mainline allied infantry since they don’t have AT grenades and are only a 4 man squad, but in my opinion they’re actually the hardest. For starters, most competent UKF players already actively search for cover to put their infantry sections in since infantry sections get buffed up when in cover, so you’ll rarely find one willing to engage you without cover. In addition to that, as was just stated, they get major bonuses when in cover, plus they use bolt action rifles and not semi-auto ones. This means that engaging them from a distance also isn’t easy since they’ll just shred you. Be very careful when engaging with these guys. Chances are high that you’ll be needing to use your sturmpioneers as assault troops and not just repair monkeys.

Conscripts are probably the easiest troop to deal with. Their long range damage is abysmal, and when they’re out of cover they get torn into pieces very quickly (you can probably kill a model every couple of seconds.) Be sure to keep your distance since most Soviet players will probably tech up for AT grenades when they see your two kubels.

Penals are a mixed bag. On one hand, in open cover they’re shredded. However, if they’re in cover and have some supporting squads nearby, then they can deal a lot of damage to you over a bit of time. You will have to judge the situation and act accordingly. There is one good thing, though, and its that if they make penals, that means they are not making MGs. Conscripts in cover supported by MGs is something very hard to deal with, but chances are you’ll just be fighting a mix of penals and conscripts without any MG, which makes your life a lot easier.

Okay, I now understand why the Kubel wagon is the most effective killing machine on the battlefield. Now, teach me the strategy! Great to hear! So you’ll first want to make two kubels.

Use them as the previous section stated, and make sure to use your sturmpioneers to repair them! The entire reason we’re using kubels and not volks is because you can save on manpower by doing repairs instead of reinforcements.

From here, you want to try and delay the enemy until you can make a Schwerer HQ and get those Obers out! The quickest way to do this is to make a Battlegroup HQ instead of Mechanized, as you’ll use less fuel this way. Also, if you have an Ostheer teammate this strategy is a lot easier since you can ask them to make fuel caches.

From there, it’s pretty straight forward; rush down the Schwerer, and start production of 3 obers immediately afterwards. You’ll also want to make a rakken somewhere along the way incase of them rushing a light vehicle. If you did everything right, you will have enough manpower for this aswell. Upgrade them instantly, (thanks winter patch of 2020 for allowing us to upgrade Obers without the Panzer Authorization upgrade!) From here, you can begin to shred your enemies using Obers by 8 minutes into the match!

Sidenote: you can use Fallschirmjäger for this strategy as well, and it’s probably even easier since you only have to delay until 2 command points and not until Schwerer. However if you wanna use another doctrine, Obers are still very good..

Company of Heroes 2 – Build Orders Guide (for USSR and USF)

Welcome to example build orders the Soviet Union and United States Forces. This guide is specifically a build order or parts of a build order that you can practice and […]

This short guide covers about recent Sturmpanzer uproar and a little about vehicle movement mechanic. ContentsGuide to Explained Vehicle Movement Mechanics and SturmtigerVehicles and YouThe Behavior In QuestionPanzerwerfer Special ChapterSo […]