Guide to All Achievements and Right Answers (Walkthrough)

There are 5 different endings available:

Answers with a ‘/’ don’t matter. I wrote the shortest option behind it.

Please refer to the “Seducing Answers” section to control the lovebar.

I recommend saving after this. I’ll call this save #1.

Just make sure you get some answers wrong, so you end up somewhere in the middle of the lovebar.

To give you an idea, this is still okay: 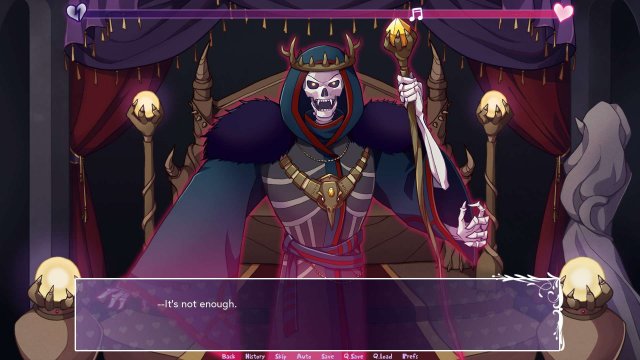 Load save #1 or start a new game with an (almost) maxed lovebar.

Seduce Valcuzar (doesn’t matter if the loverbar is maxed out or not).

I recommend just maxing the lovebar out and creating save #2 after you’ve played the song.

Then reject Vulcuzar by choosing the following after the fight:

Load save #2 or start a new game with an (almost) maxed out lovebar.

Each correct answer should count as 1 point on the lovebar. Answers that aren’t included as a bullet point or are marked with a ‘/’ don’t matter.