This is a basic walkthrough of how being given 500 or infinite roads can be used to get unlimited trips.

For the daily challenge the player is given 500 roads and 1 bridge with no upgrades, and the benefit that building will stay as squares. The five hundred road allow for the entire map to be blocked in as seen below, allowing for the controlling of building an house spawn.

The first step when spawning in is to block of the entire map before the second house spawns in so you can control its spawn location, an important thing to note is that houses will never spawn adjacent to the entrance of the building and that using road in sets of two is the most efficient way to block the area. Also at a certain point you likely wont be able to pause before the houses spawn, but that is irrelevant. 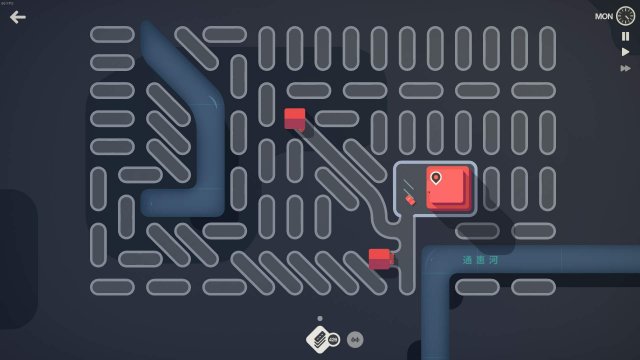 Shortly into the game the borders should start expanding, I believe that it is faster than normal as it wants to spawn a new factory, but i’m not certain.

You can hold RMB to seen exactly when the border expands, and should aim to pause the game as soon as the happens then add roads to block it in. 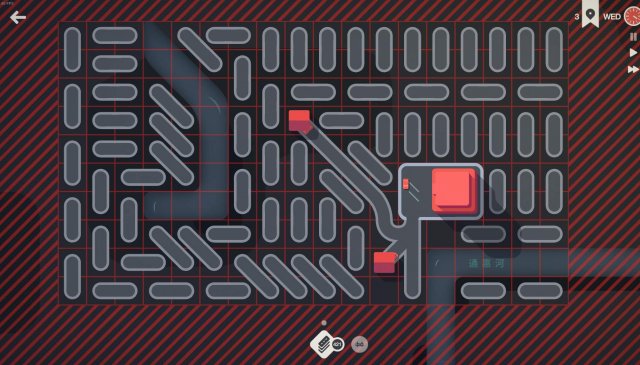 As the player continues to block the field the rate of job requests from the building will increase, in order to counteract this when need to spawn housing in a line, which is a simple as leaving the space open for them to spawn. 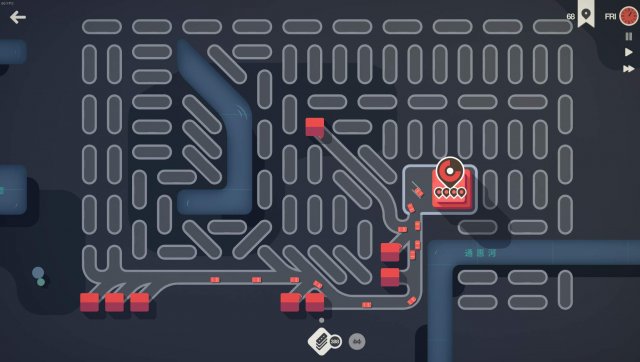 As the number of housing increases the timer should end up stuck at around 50 percent, never being able to fill up. To further improve efficiency as you go the closer houses should be removed from their connections to allow for faster speeds on average on the road. 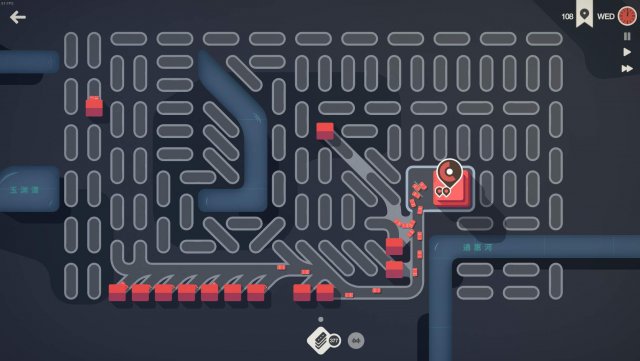 At this point the current set-up can likely keep running forever, but there is still a chance of a build up occurring and destroying the run.

To prevent this we flip the houses around to bottom and remove more close houses from the road. This reduces the amount the cars have to stop while heading to go take trips thus improving the efficiency. 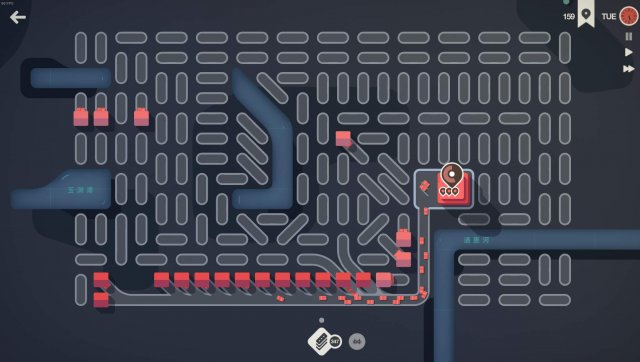 Once you have a full set of houses on top of the road you can remove a few more houses at the front to lower the slowdowns even further. 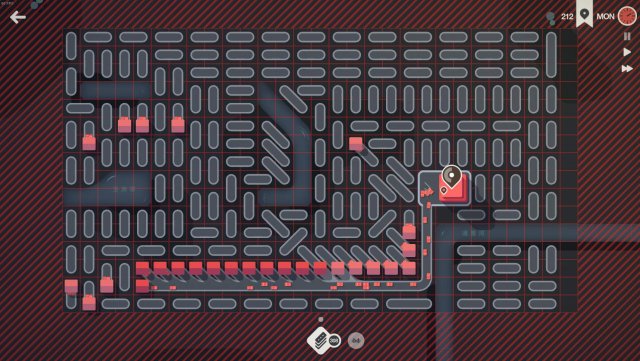 At a certain point the map stops expanding this means you no longer have to look at the game to play it as it will run infinitely. At this point the best decision it likely to try and duplicate the set-up with spawning more factories so the trip counter increases faster, but that might lead to failure.

When you have reached the end your map should look something like this: 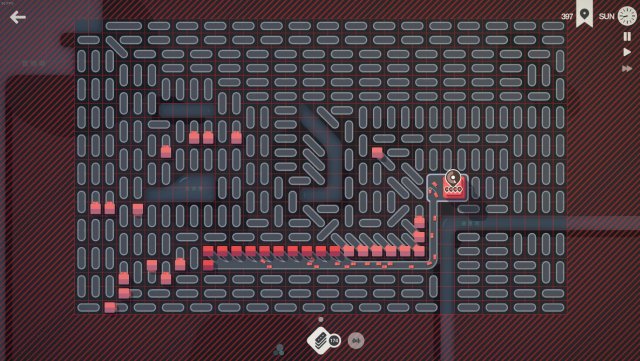 I left mine running for somewhere around 6 hours and ended it at a score of 27352, but it could have kept going for a quite a while. 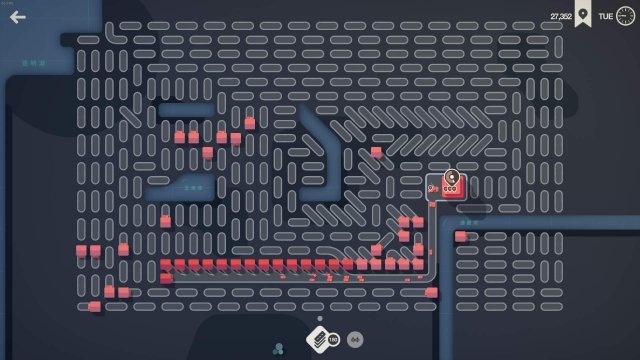 While I can’t say for certain, because I have yet to play another daily challenge with infinite roads, it is unlikely that the inclusion of circular buildings would break this strategy as it utilizes the refund on the timer from completing a trip so unless that timer is significantly faster for circular buildings this method or something similar should still work. I’ll come back and edit the guide in a situation where it doesn’t work or requires an additional strategy.

The only real downside is that you can’t actually idle this set-up unless the upgrades are disabled, but that is only a minor problem, go set-up an auto-clicker or something.

So you’re getting 3k points consistently and want to push higher? A guide on lesser known advanced mechanics, the basics aren’t covered in this guide. ContentsLesser Known Advanced MechanicsIntroductionTerminologyDrivewaysTraffic Lights, […]

In this guide you can find alot of tips, hints, and other information to get you started without overloading your brain. ContentsGuide to Basics and StrategyBasicsOptimizationExtra Tips Guide to Basics […]

These are first 5 things that I wish I knew as a beginner. Tips for Newbies (2000+ Pins) 1. You only lose if the Workplace pins are not collected by […]