Tired of pillaging radiorooms for a worthless piece of paper? Want to pinpoint that juicy trader as soon as you get his transmission? Don’t worry, this guide will teach you how to easily do it. Turns out encryption methods used on Elaat are really primitive.

How to Solve Code Breaking

So, we caught ourselves a message: 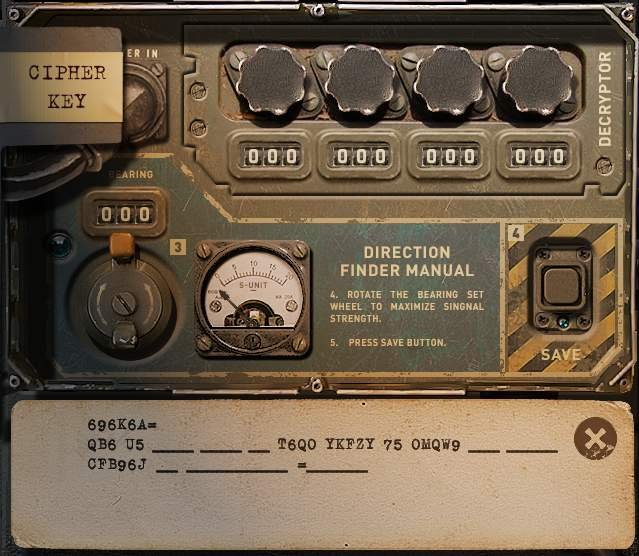 As you can see, it has multiple 2-character and 3-character combinations that can only be either functional words, acronyms or numbers representing time or speed: 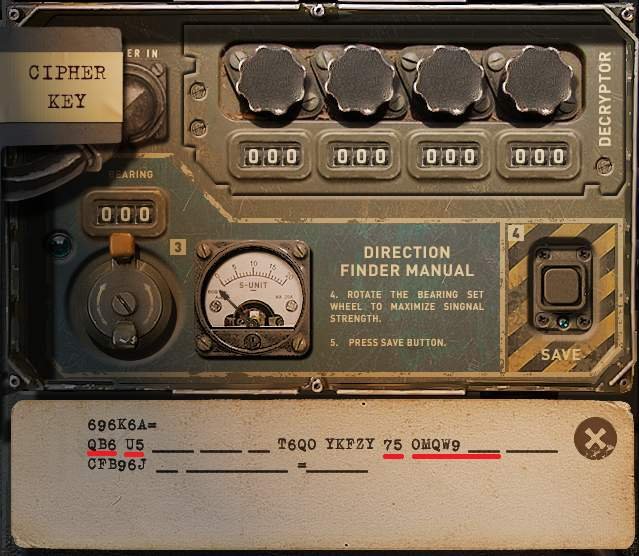 Let’s start with first 3-char word here. Considering the composition of the message and it’s military nature I guess it can be “ETA”, let’s try setting first letter to E: 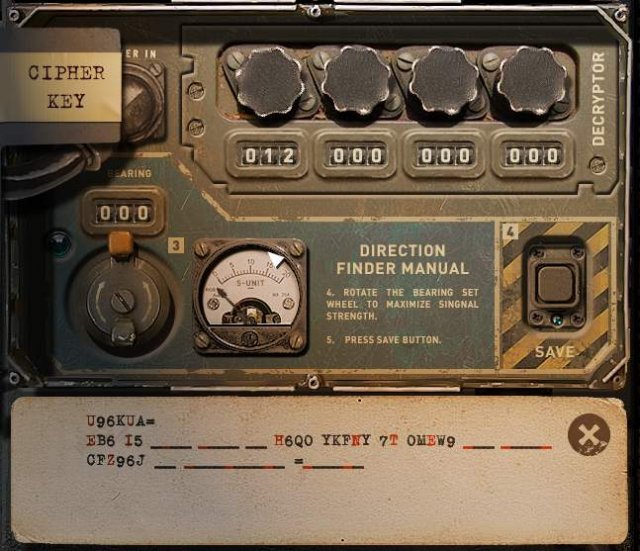 If you get digits where they shouldn’t be your first letter guess is probably incorrect, consider guessing a different word then. 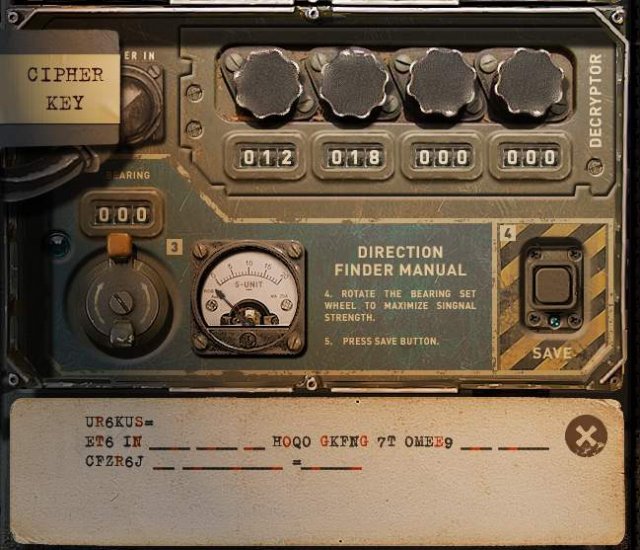 And it is also correct. You can already see familiar words and message is coming together. Let’s do the rest, put an A: 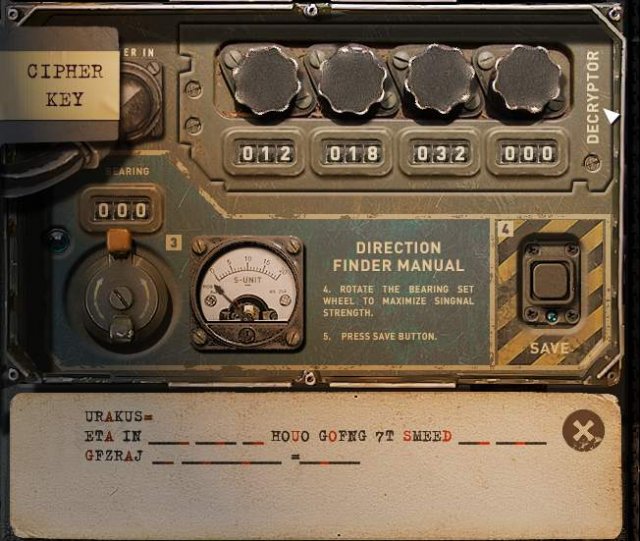 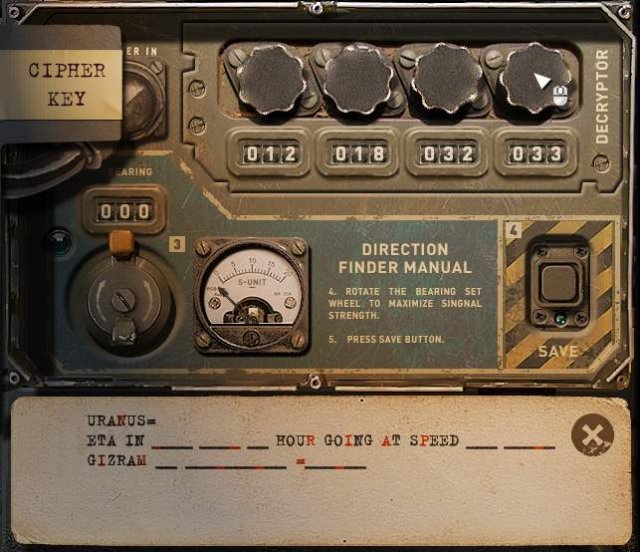 Now you got yourself a decoded message without any pieces of the code looted from wrecks and current code will work for a while until enemy changes it, but at that point all you will have to do is just decode it once more.

P.S. Also, when you gather (lots of) intel you get lots of enemy group names. Since the senders group name is always at the end its easy to simply try different names and crack the encryption.