How to find all the “Mission Critical Psychonauts Assets” for Norma.

Where to Find All Scavenger Hunt Items

You’ll be able to get the quest from Norma as soon you get your new outfit from Sasha.

There are 16 total items on the list. Completing the scavenger hunt will unlock the ability to change clothes in Motherlobes toilets, which includes the suit, circus attire and original Raz outfit.

You won’t be able to finish the hunt before you’ve unlocked the Projection ability from Cassie much later in the story and completed the game.

Cafeteria. In the buffet next to the lunch ladys station. 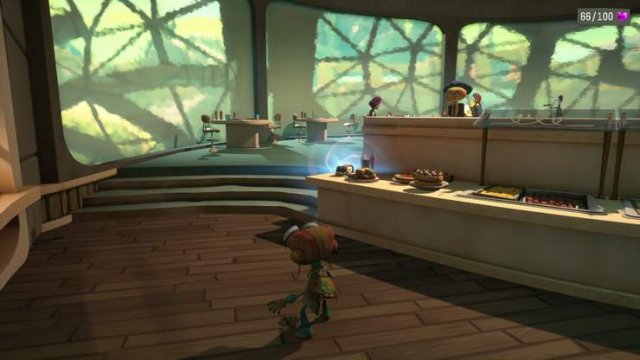 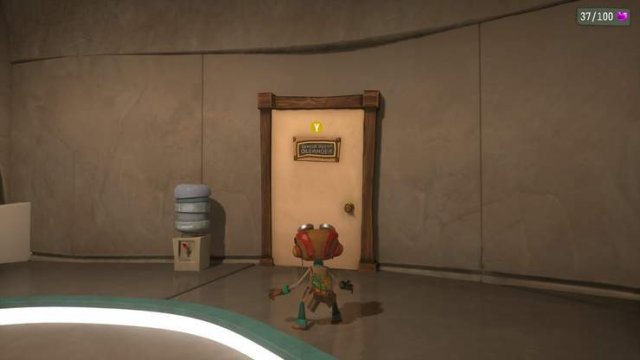 Can only be obtained after learning the Projection ability.

Storage Closet. Open the door which can be interacted with Raz projection. Drone is sitting on the lockers. 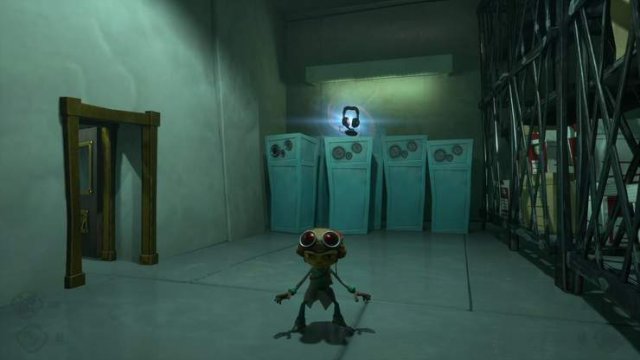 Bowling alley. Grab the bowling ball with telekinesis and throw it down the alley few times. The deck of cards will eventually appear from the ball returner. 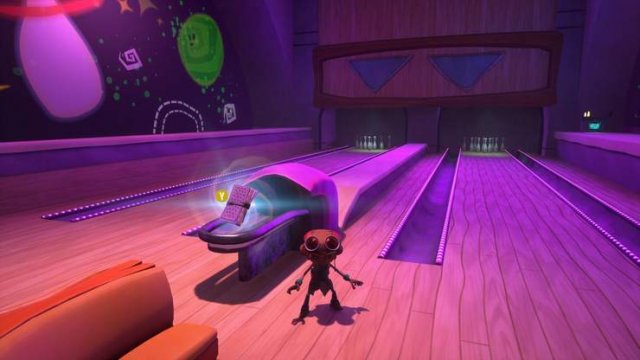 Central Nerve. Interact with the green-glowing computer in the middle of the room and see how the green light switches screens to another computer. Follow these green screens until you arrive in to a corner, where interacting with machine will pop out the ice cream. 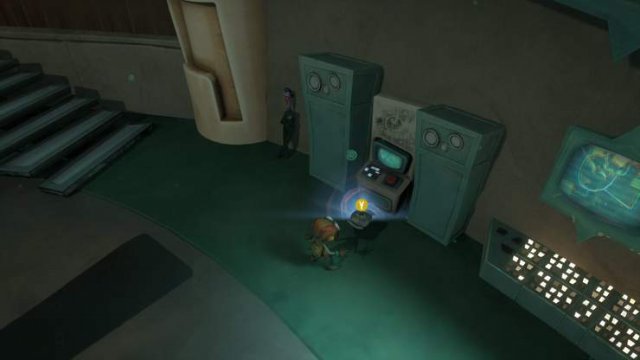 Near the entrance leading to Questionable Area. There’s a campfire near the mine entrance — light it with Pyrokinesis to create updraft. Ride the updraft with levitation and you’ll see the Bomb sitting on the crane above. 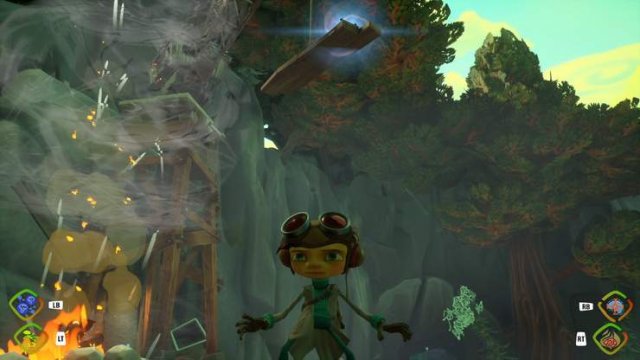 In the cave near Lilli’s garden. Lilli hangs out on the right side of the Quarry, and right near where you’ll see her, you’ll see an entrance to a cave. Cave contains some easy platforming to get to the Knife. 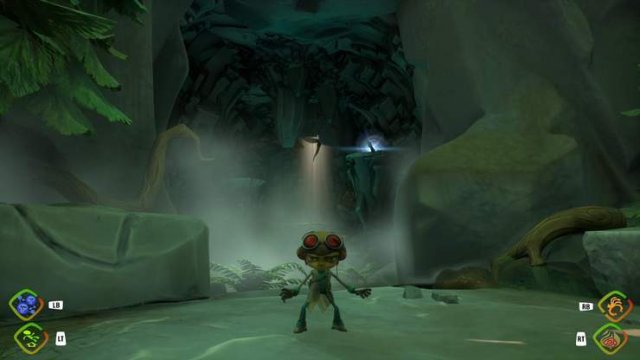 In the Otto’s Lab

Otto’s Lab. Behind Otto, there’s an tiny area protected by an electric floor. Use levitation ball to ride over it and you’ll find the Disc. 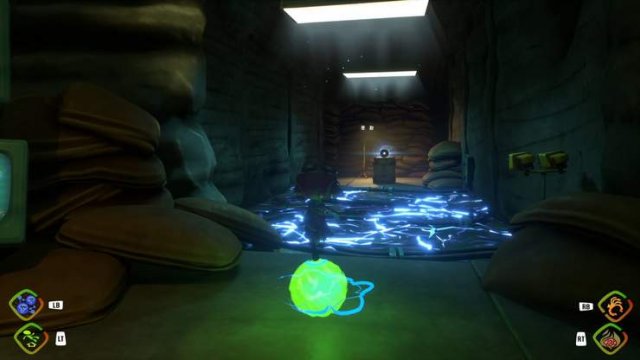 In the Questionable Area

Sassyclops Cave. Go into the cave and light the first campfire with pyrokinesis to create updraft. Ride the updraft with levitation to get on the ledge above, which containst the Can. 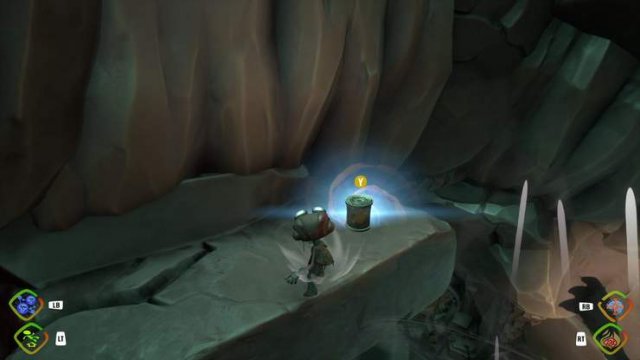 You’ll need the Time Bubble ability from Brain in a Jar level. Right outside Aquato camp. There’s a water wheel spinning really fast. After using Time Bubble on it, climb it to the roof, where you’ll find the Hatchet. 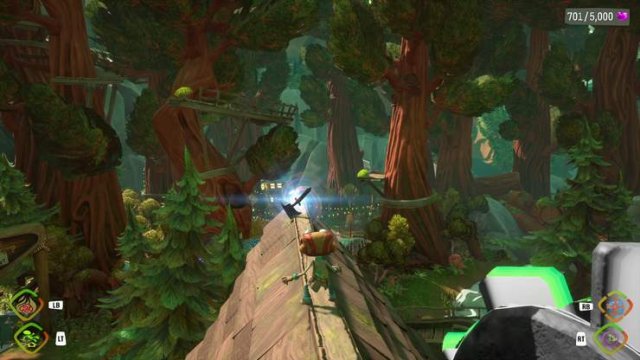 Funicular. Start up the funicular by locating all the cogs from nearby. The skull will be on the left when riding the funicular. 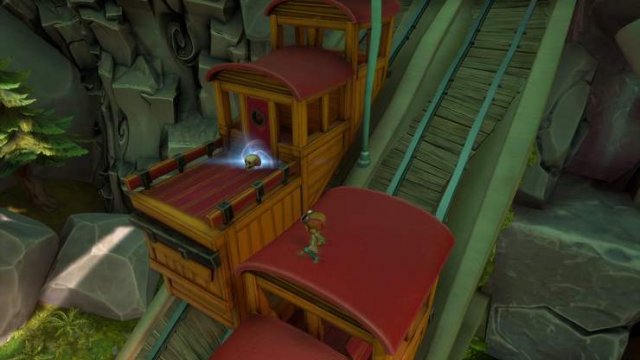 You’ll need Projection ability to reach this one. Lumberjack Diner. Get Projection Raz to open the door next to Sam and the Mug will be sitting on the shelves. 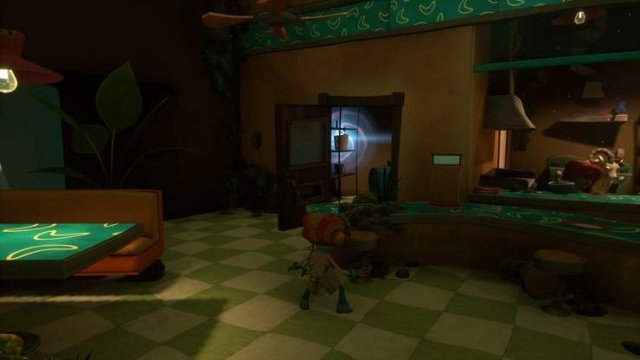 In the Green Needle Gulch

The house, where Ford hangs around. Climb the ladder in the house and burn the thorns with pyrokinesis. The Bug Bot will be on the balcony outside. 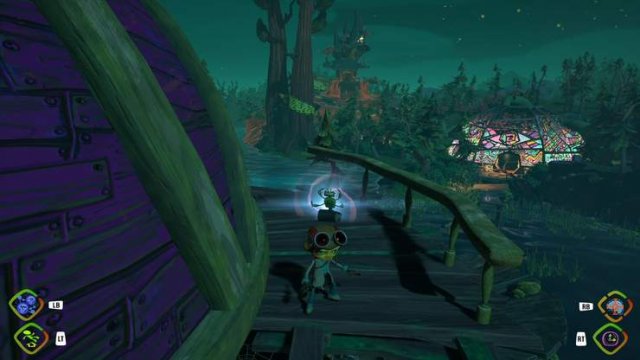 Past the Heptadome. There’s a camper van near a stage, which is Helmut’s real Feelmobile. Behind this van is the Helmet. 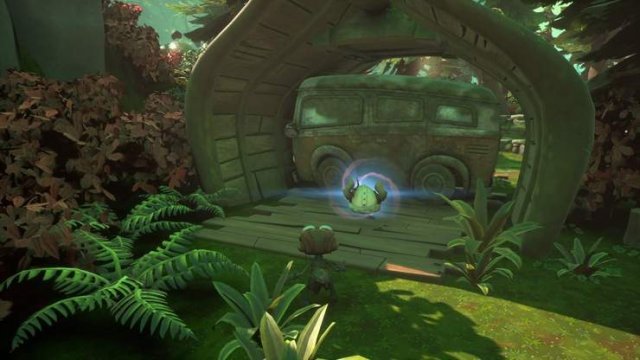 Behind Cassie’s house. Use the levitation ball to jump around the side of the house to reach the back. You’ll see the phone there. 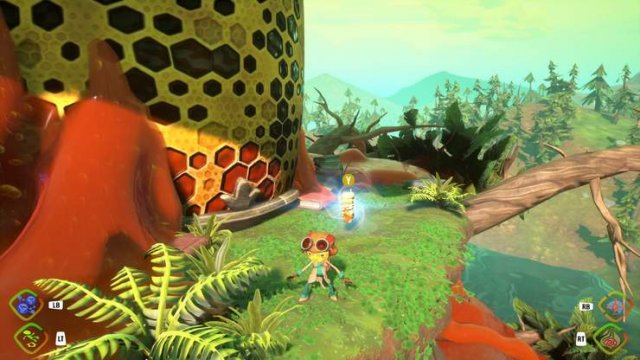 Inside Cassie’s Hive. This is a special one. Just go up to Cassie and talk to her, and ask her to sign Raz’s copy of Mindswarm. You’ll gain the Copy this way. Psychonauts 2 – How to Change Raz’s Outifts

This guide will teach you how to change outfits in Psychonauts 2. Guide to Change Outifts What to Do? In order to change Raz’s outfit one must finish the optional […]

Psychonauts 2 – How to Obtain Fungus Among Us Achievement

Fungus Among Us Achievement Guide Sugoma Help Lili with her request by finding a Fungus… Among Us. Its located behind a waterfall, slow down one of the logs and ride […]

A method I used to get a bunch of Psitanium and the Nest Egg achievement. Guide to Psitanium Farming Method Pre-Method Requirements Mental Connection Ability. Complete Hollis’ Hot Streak. 200 […]