Having a tough time in battles? Read through these tips to make your life easier!

If you went into a battle and didn’t win, the first thing you might want to do is switch up your lineup of classes. Each opponent has an element, and each hero class has an element, and certain elements are more vulnerable or strong than others in those match-ups. 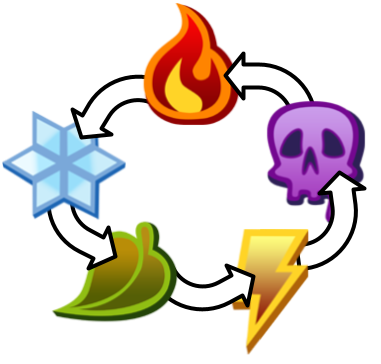 Beware, when you are earning additional stars on a same battle, your opponents are upgrading too!

Here are the counters: