I will make in depth game save file guide, what does each color mean for example and how to modify campaign settings.

Guide to Modify Save Game Files

In save file editing you can change your color on minimap, here are some color values

Galaxy Status Responding to Their Missions

To be able to change the environment and travel to any system you want, you will need to use those values and paste them just how I said in that other guide

The game is kinda bugged and maybe did not intend any of those, or maybe some are secrets and meant to be, but never the less, here are some little hacks I found on the way while playing the game.

As you enter the system there is a tanker you see, and game makes you collect genes from it, first thing you should do is, drain ship from all the blood it has, and use invasion gene to add it to your fleet. This ship is incredibly overpowered, starting with 6500 HP which later gets increased as you add more genes, so it can match a space station amount of health. 5 slots is maybe a lot, but it is perfect for this ship. This ship will only carry your game later on.

You must wait for the timer to go out and you must not plant the bomb then, because if you do, your ship will explode and you won’t have it, so prepare to fight defiance instead, it will be worth it all.

After you complete all those dialogues and defeat defiance and protect Cy-breed, you have a amount of time to escape, do not escape, if you wait, the game wont end, you wont lose. You will just encounter 2 motherships and 2 defiance 7 slot ships. Go on and destroy it, reconstruct it from your mothership, and get out, now you have a really nice strong ship early in game, which in combination with Tanker will just make you unstoppable.

This is actually first time you have a decision making in this game, you can either receive two talk heads or leave him with 3. I recommend you do get them.

Caravan (With 3 defiance and 1 Cy-breed station)

There is a out of map space station you can actually use invasion gene on, might be useless but its nice to know that you can get it.

Earth (After Juno sends you in portal)

In here you can actually go and destroy civilian ships and use reconstruct genes on them, so stack up on them as they are exclusive for past only. You send a poor civilian ship to travel all to future to find universal heart.

All further folder directory for this will be located in:

1. Make all enemies to friends

Go to directory as wrote below:

Now this surely is little boring or annoying, but essentially I will explain basics how to do it for each system and the system environment.

As in the previous section we saw and described status for each system, this is the same, so you will have little ease understanding which one is which.

We will focus on lifewave galaxy.

Open the lifewave_galaxy folder and pick any environment you wish for.

I will open 2_lifewave_galaxy_explore, where there is only one defiance station.

As you open the defiance_savages.party file, which can be opened with any text editor, I use Notepad++.

Everything is explained to you by the comments so you surely know what to do on your own.

But, to make them all be your friends, just change two highlighted lines.

There are many interesting options for enemies or friends, for example

2. Having motherships in your fleet

You surely saw you were not able to use invasion or reconstruct gene on motherships or some really heavy ones. Well now you still can’t, but at least you can modify your fleet and add one yourself

This one requires a little bit of work, but it is simple

In your save file folder, entities.set is a file with all your ships in current fleet you own, you can change each ships HP, genes or ability to trade it. In this file we will simply add another ship, but we cannot just put any random value we want, we must copy from already existing ships and just make it our own.

First thing to do

Change the third line to sum of all your ships in fleet you want to have.

Second thing to do

We navigate into same campaign folder but we open up sets

If you want Defiance mothership, then you go to any system that actually owns it

For this campaign the defiance fleet is inside defiance_fleet, so open that file.

For other systems it would be maybe defiance_revenge or any other, just find your required file, these are basically NPC’s fleets during the mission, if there are 4 defiance npc’s, you will have 4 files with each individual set of fleet

Now just copy the whole part of text where is says, def_mothership and paste it on your entities.set file. 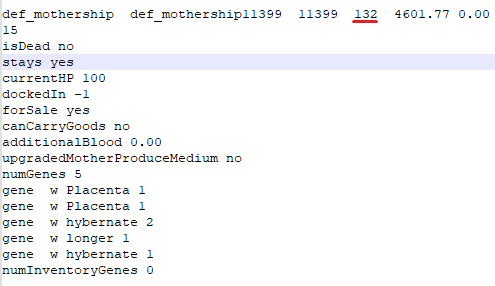 This is how it looks in the enemies fleet list.

But that is not it yet, you have to change on specific number i underlined red to 0

The first number must be same as second number and Y must be set to 0, as far as I can see, that 0 defines which party does the ship belong to, and you are party number 0. So that is all you gotta do 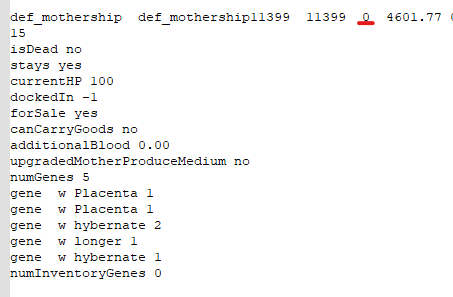 This is how it should look

Rest you can change on your own if you like

I managed to put Fax,Giant Head, Defiance mothership, and Ice Queen main ship in my fleet. You can see in the screenshot: 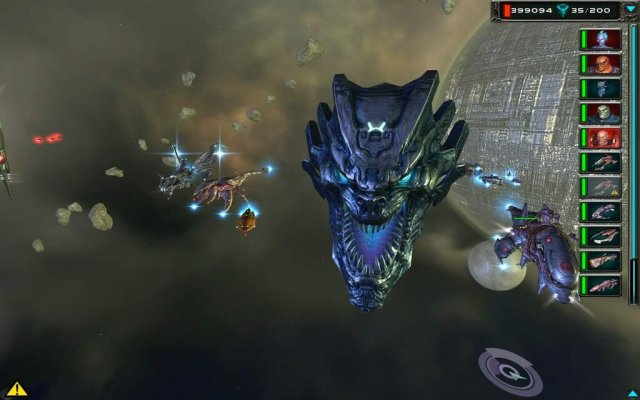 So it is possible to play with this and it wont affect anything.

There is much more to modify in here, if you know how to texture files, you can easily replace them in Data folder. Sadly I do not know that. Beside that I found a problem with trying to modify multiplayer games, You maybe once tried to open up a LAN game and play with NPC’s and you start with low maintenance. Well after changing it in game files, the game won’t boot up, it wont even boot after restoring the values to original. So if someone can figure it out it will be amazing, I would like to play with bigger maintenance in LAN games.