Hello. This is a short guide explaining the basic signals in the game Mashinky.

The signals divide your track into BLOCKS, that’s why we call them block signals. Their purpose is to prevent trains from one block entering into another block with a train in it. This prevents train crashes. 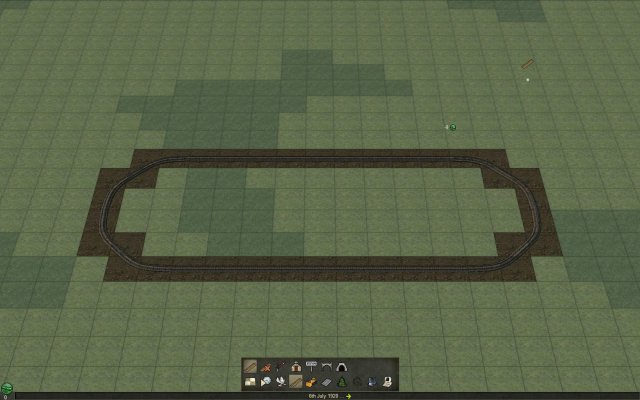 This whole track is considered as a BLOCK. I will use colors to show BLOCKS: 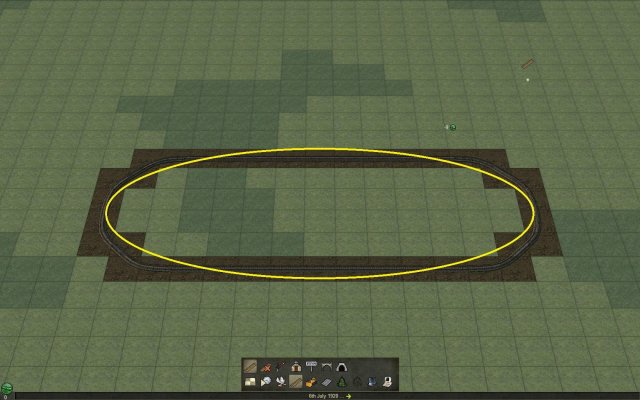 If we add a signal, it will cut this block in half on that particular spot: 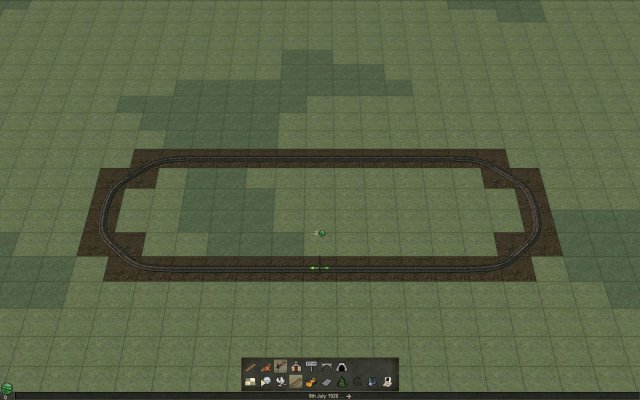 But since the left part and right part of the rail are connected by the other side, our rail is still connected as one BLOCK: 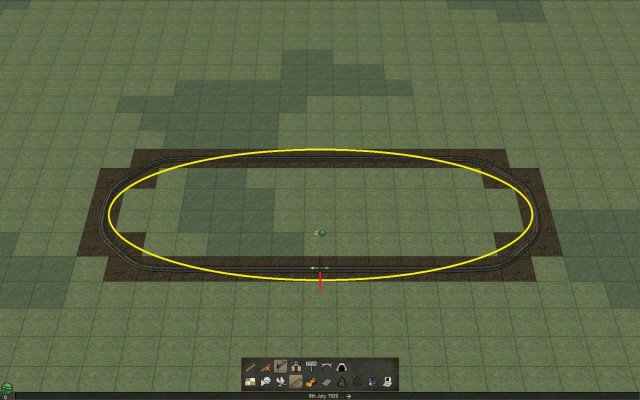 This means that if you add a train now, the signals will stay RED forever.

To split our rail into two BLOCKS, we need at least one more signal: 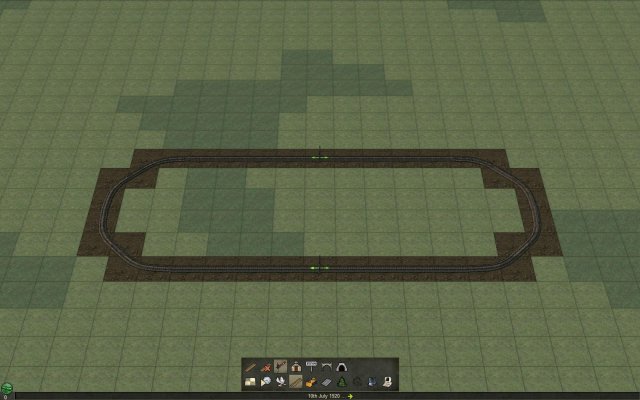 Now the game sees our rail as two BLOCKS, separated by our signals: 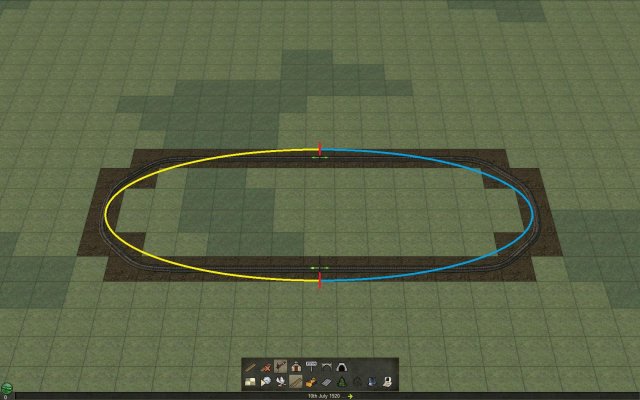 Now if you added one train, the train will be able to pass through the signals and circle around our rail.

By adding more signals, you can divide tracks into many BLOCKS.

Most common problems are caused by tracks crossing each other. Let’s have a look.

By adding tracks to a certain BLOCK, you extend it, like this: 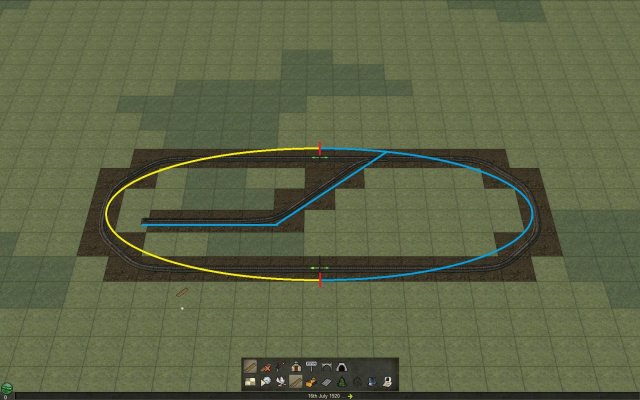 However, when you cross another track, the BLOCKS of these tracks will merge together: 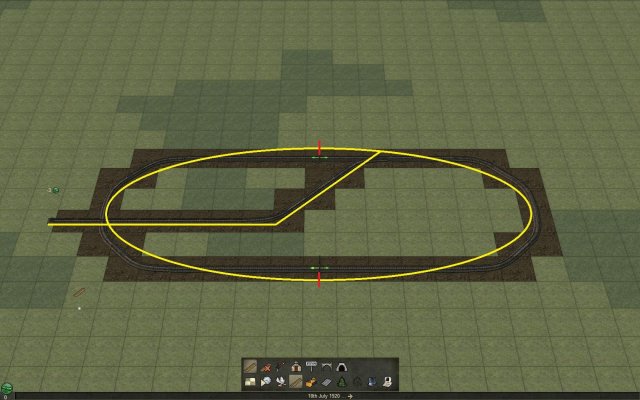 Our blue BLOCK is gone, because the tracks intersect.

It doesn’t matter that trains can never turn on this crossing. The game calculated, that in theory, there might come a situation when train A is on the crossing, and train B could enter the crossing, crashing into the train A. Therefore the game merges the blue block into the yellow block, to prevent this theoretical crash from ever happening.

But since you want this track to function, you need those blocks separated, right? So let’s add another signal: 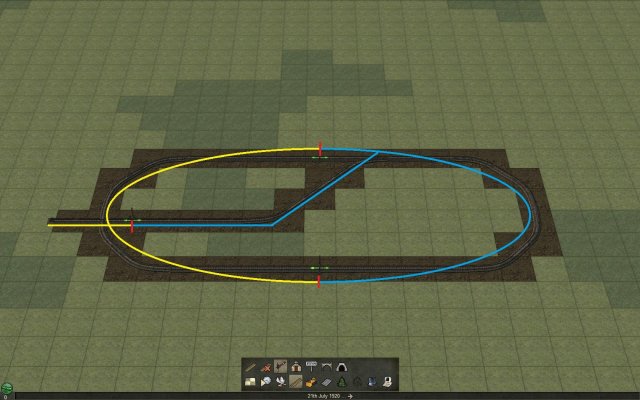 Now we have separated the crossing from the rest of the the blue block and train can run again. This simple method – separating blocks – is used even in the most complex of crossing designs to make them function.

Here are some examples of the simple crossings you can use: 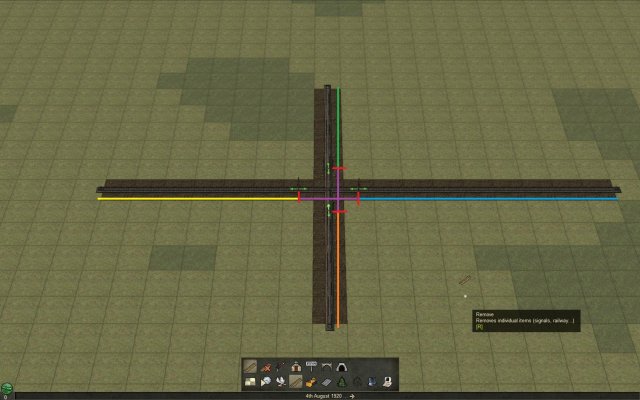 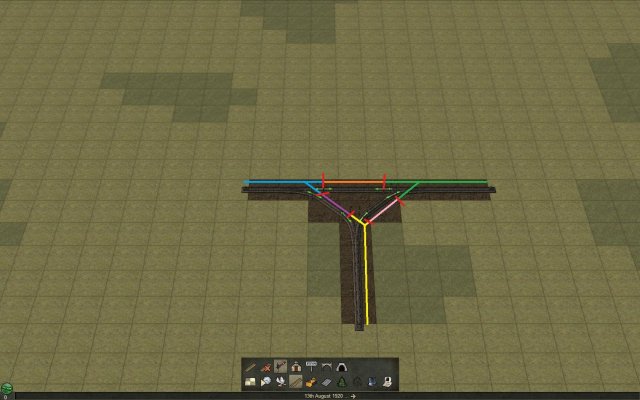 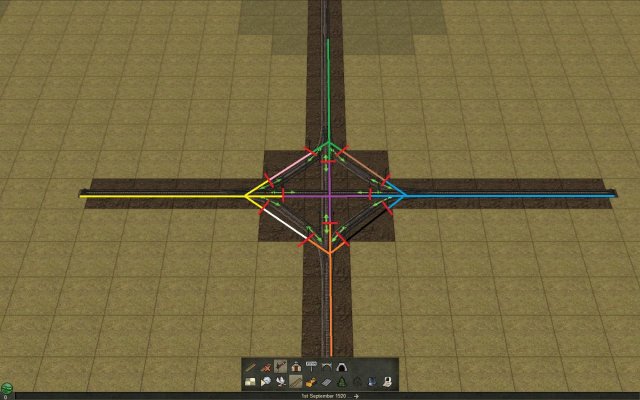 In our 3-way and 4-way example, we have used multiple signals on the turns, creating very small BLOCKS of rail. These actually serve no purpose, but I added them for this example to show how different BLOCKS form on different crossings.

These crossings are useful when you only run a small amount of trains through them. Only one train at a time can pass through the middle section and other trains have to wait. This becomes more apparent, if you start using two one-way rails: 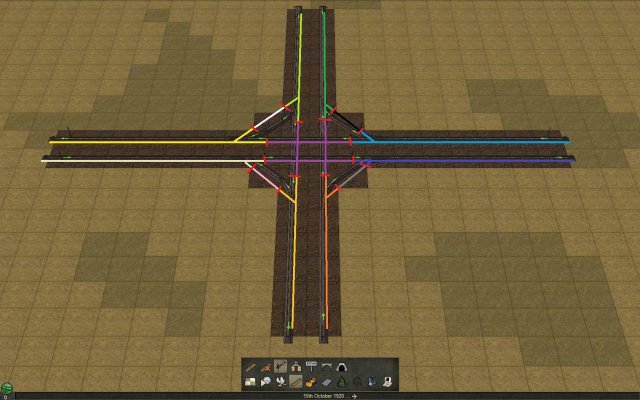 The (purple) middle section now connects 8 different tracks, and all have to wait if a train is crossing. If you’re building a rail like this, or plan running many trains in the future, it will be better to separate the rails using a tunnel, or a bridge: 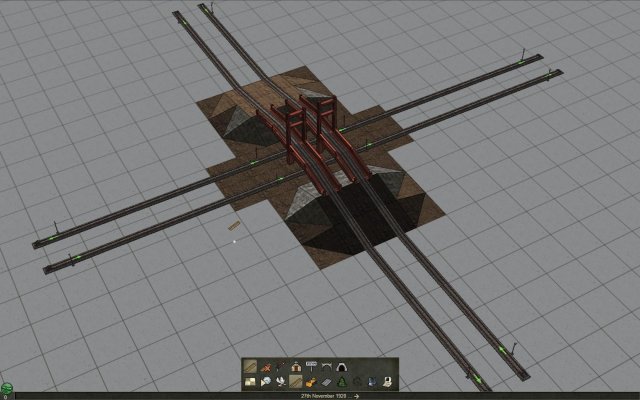 This should be enough for you to build whatever you need.

I have put together this guide to add onto the basics of the game tutorial. Within this guide i will explain what i have learned and know about the game […]