Fetish Shamans: Fetish Shamans can be found in wilderness locations before Lowe Kurast. Their Fire inferno is actualy extremely dangerous. Let mercenary to deal with them if your fire resistance and Life is not high enough. You can kill them youself too, just avoid their fire inferno and then you should attack them. Be careful with Unique and champion shamans as if you kill them, there is still melee fetish left and he will be also Unique. 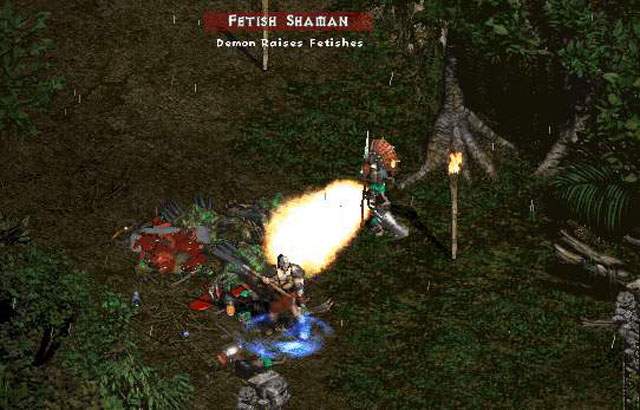 Thorned Hulks: Big and slow, but they are pretty much same as Blunderbores, because they have stun. They have also Frenzy which helps them to deal a lot of dmg pretty fast and more frequent stunning. Thorned hulks and their variants can be found in many ACT III locations. 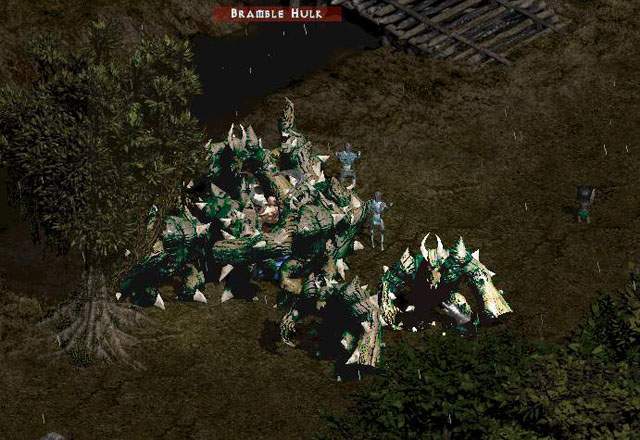 Flayers/Soul killers: Weak solo , strong in numberes. Flayer jungle is just swarming with them. AoE attacks will really help against them. Dont let them surround you or you will have problem to get out, sometimes even with tp as it can be cast out of your reach if there wasnt any place around you. 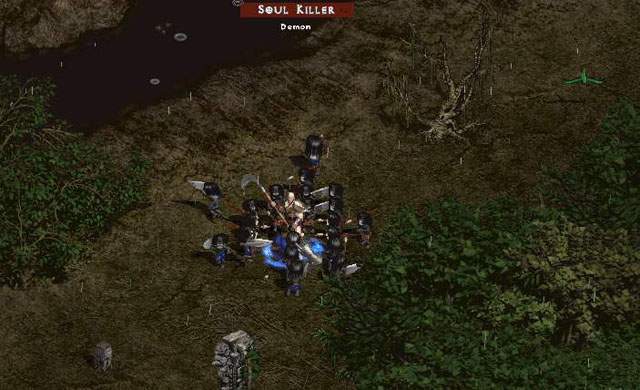 Szark the Burning: Super unique spider in Spider Cavern, extra strong and Cursed. Very dangerous at close range as he tends to do a lot of physical damage and can also apply Amplify damage on you. He is guarding sparky chest with Quest item “Khalims´s Eye. 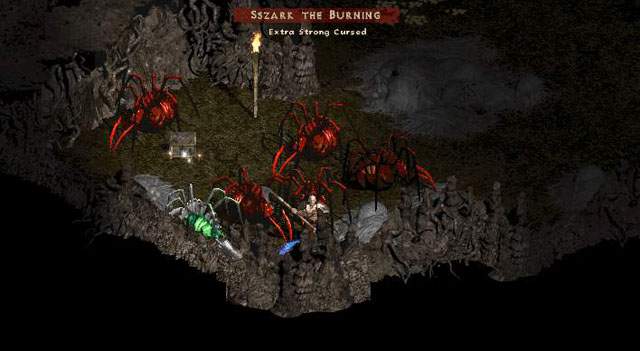 Undead Stygian dolls: Undead version of fetish. Dolls will explode if they die, dealing 50% fire dmg and 50% physical damage. It will take out some of your life on normal difficulty but it is not a big deal. Its quite deadly on Nightmare and hell tho. 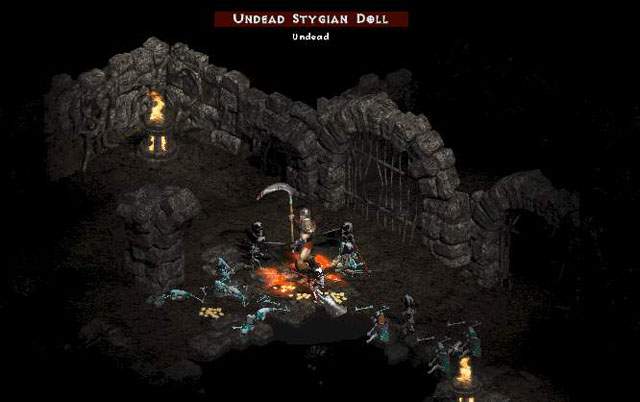 Gloams: Also called as “Souls”, ethereal monster with Lighting attack. It stings on normal, it can be extremely deadly on NM and nightmare. High lightining resist helps against them. Gloams can be found in Great Marsh. 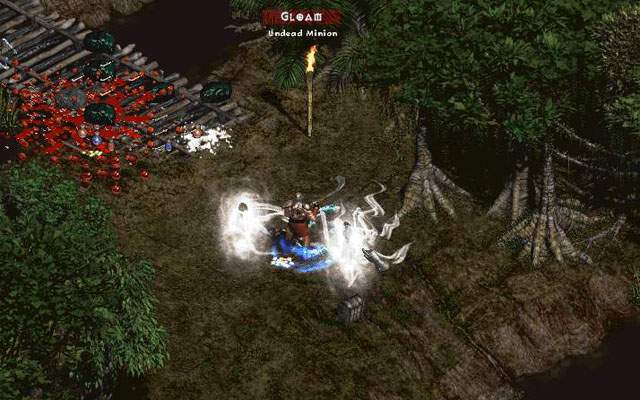 Stormtree (Trasher): Super Unique Trasher from Thorned hulks familly. He and his pack is very dangerous and they will most likely kill you if you get surrounded by them. They will deal more dmg and attack faster because Stormtree is Extra fast and Extra strong. You will encounter Stormtree at entrance to Lower Kurast. If you dont want to fight him, just run around. If you are fighting him, use hit and run tactics and try to always face only one of them. 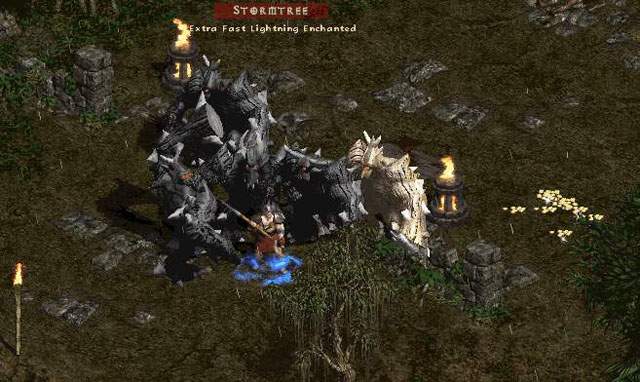 Battlemaid Sarina: Super Unique Flesh Hunter guarding quest Lam Esen’s Tome. Sarina is not exactly deadly, but I wanted to include her as she is always there if you are making quest. She has bigger pack of minions than unique monster usualy have and they are extra fast so they can surround you easily. 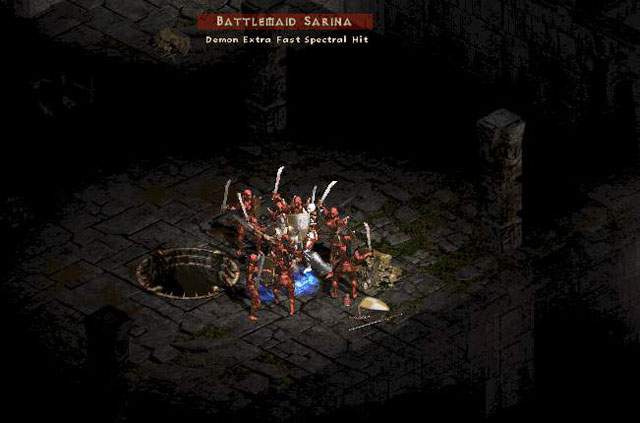 Vampire Lords: You already saw them in ACT I and 2 but they are a lot more dangerous in ACT III because they will get new ability to cast Meteor which does a lot of damage. They can be found in Kurast Temples and Durance of Hate. If you see them casting Meteor, just move away. Fire resistance will really helps against them. 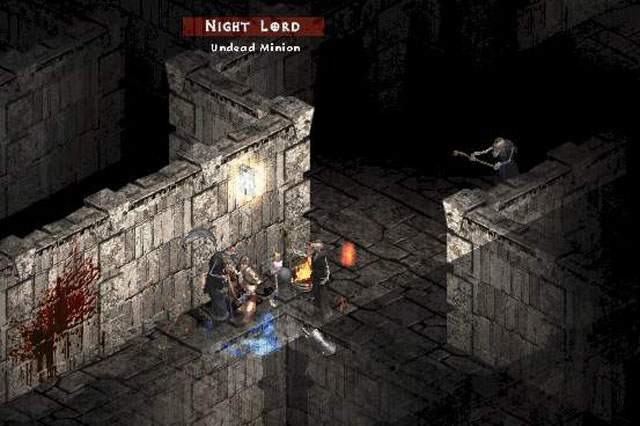 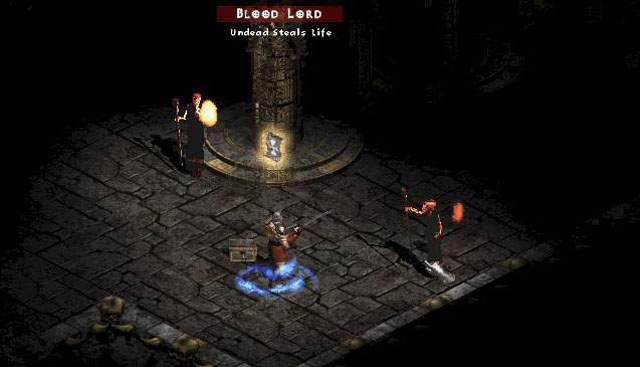 Icehawk Riftwing: Super Unique Bat in Sewers 1. He and his pack will drop on you if you get close. He is Cold enchanted so he can slow you down with his attacks and also as release Cold nova as all other Cold enchanted monsters. Chance of you dying here is not high tho. 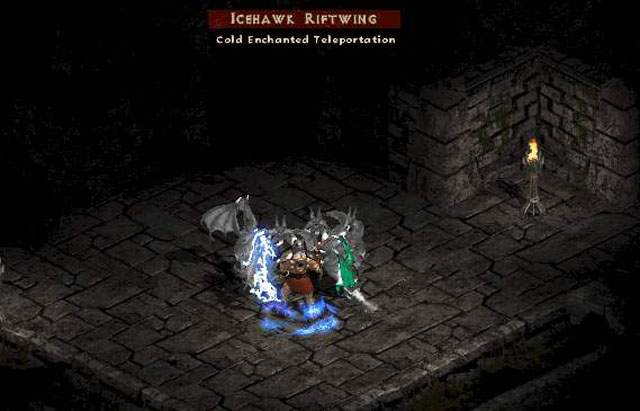 Travincal Council Members: 3 members of high council with few of minions. They are quite dangerous, dont ever try to face them all together as they have nasty combination of abilities and also can heal each other sometimes. They also cast a lot of Hydras so your merc will benefit from having some fire resistance, even you. 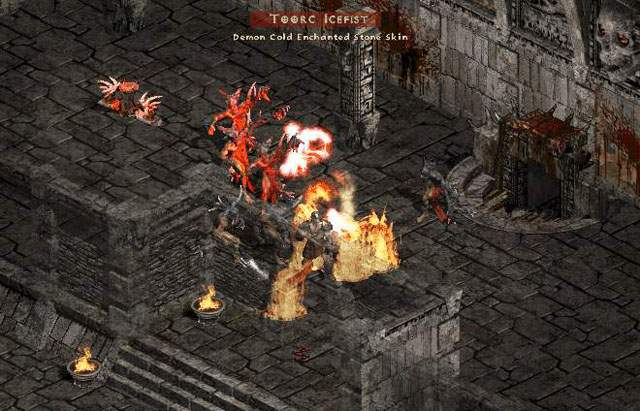 Durance of Hate: Blunderbores, Vampire lords and Stygian Dolls are common enemy monster types here so be careful The Vampire lords on third level do a lot of fire damage. 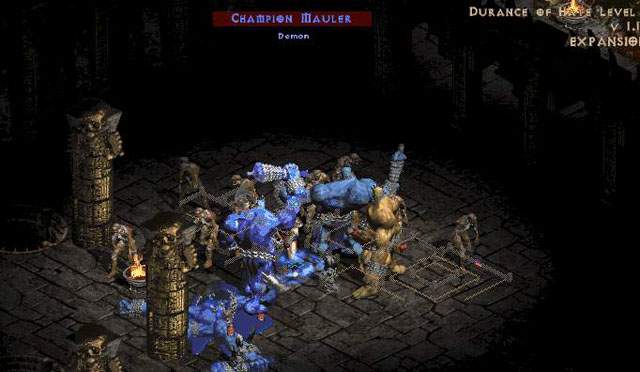 Wyand and Maffer are really not hard but Bremm is extremely dangerous. He often get Conviction aura which together with Lightning enchanted ability results in taking a lot of lighting damage. If you want to kill him, try to use hit and run tactics because you will most likely wont be able to tank him for too long. 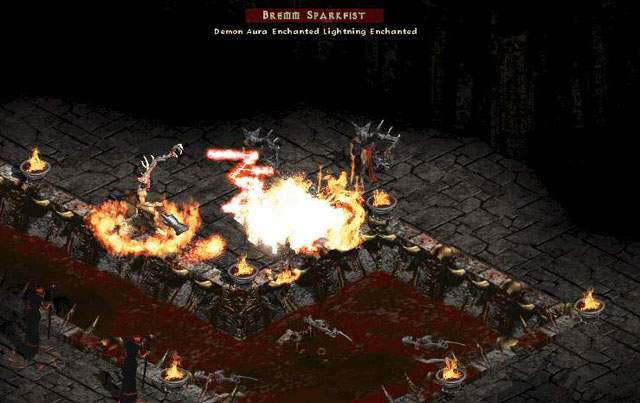 Mephisto: ACT III end boss. He has strong damage at close range and can cast Poison cloud, Lighting, Charged Bolts, Cold Nova, Blizzard and Iceball. So high lightning and cold resistance really helps. If you are spell caster, use time between his spells to use yours and then again evade his. If you are melee fighter, you wont have to deal with most of his spell at close range, just have antidote ready against his poison cloud. Mephisto can be also safely killed across the river of blood if you have some spells with range. If you are far enough from him, you can shoot at him while he will be stuck. 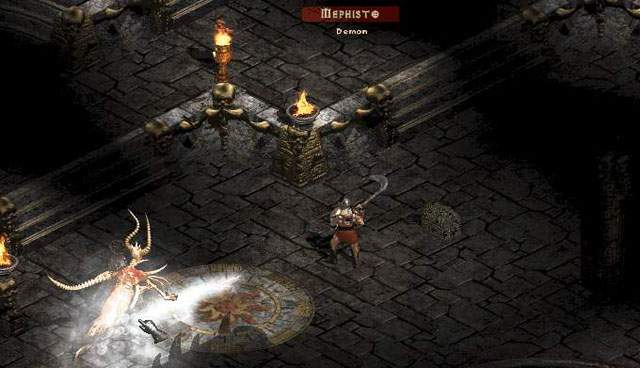 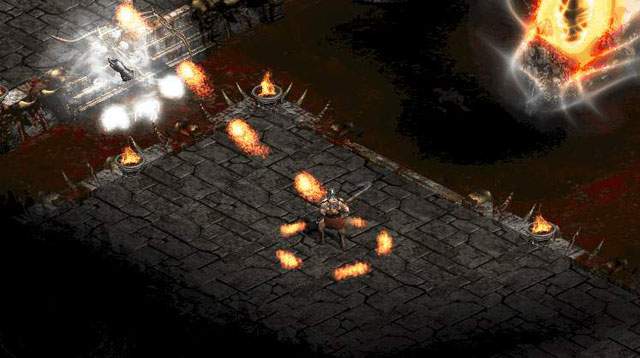 Diablo II: Resurrected – Hardcore / How to Survive (Act I – Normal)