Literally only some tips, there’s no need of anything else XD

Ok, let’s put aside the “game” part of this thing and focus only on the 5000 achievements.
To get all the achievements, in theory you need only two hours of idling.
So, open the game and click on ACHIEVES in the menu on the left, and let the game idle. Some achievements will pop up at waves, like 10 per time.

Anyways, after two hours of idling they won’t be all unlocked; actually to me only half of them. 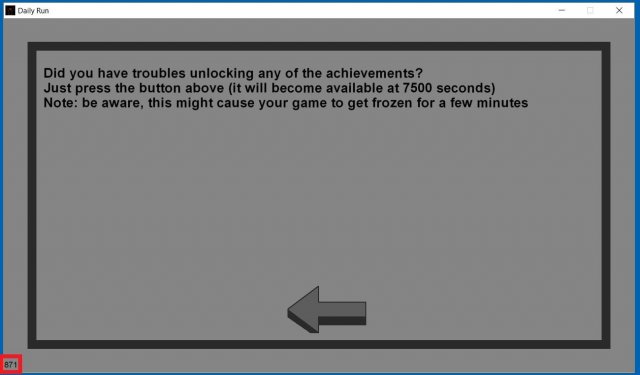 So, as the image says, you have to wait 7500 seconds in order to get a button that unlocks all the still-locked achievements (there are no bugged achievements, 5000/5000).

7500 seconds mean 2 hours and something (125 minutes to be precise XD), and you see on the lower left the timer growing up.

The main issue you can have is that if you close the game, or if you shut down your computer or whatever, the timer actually resets and starts again at around 700, so if you closed the game after one hour and you got 1000 achievements that means that you have to start again and get to 7200.

And that is because I think the achievements are in some ways linked to the timer number: if you let the game go for 1 hour and get 2000 achievements and then simply close and reopen it, you’ll idle for an entire hour again and get 0 achievements, and start getting them after the hour mark.

So you’re forced to do this in one time and have at least two full hours free in order to complete the achievements since only after the 7500 seconds mark you’ll be able to unlock the remaining ones! 🙂