As you all know Crimson Vs is life. Gaspard is the champion and the only thing he’s really only good for. We begin to hear about his awesomeness at Crimson Vs through the community board and even call him out on a challenge one day to crush his dream sinking him into depression. If you manage to beat him in Vol 2 congratz. This worked for me but may not for you since he can use 1 of 3 decks this only beats his 1st deck with Haseo At Dawn as his General if you’re lucky.

Cards used in this order:

Now then Vol 3 introduces us to Delta Combos which are special effects the cards have throughout the “duel”. Delta combos only form when all 3 cards have something in common. Example Atoli, Silabus, Haseo will have a combo due to their Arena Emperor status. If it was for exampple Atoli, Gabi, Haseo there would not be a combo since they have no special relationship. Anyway there’s plenty of combos to help bring down Gaspard from his title yet again for fits and giggles. Down below a compiled list of Delta Combos that I jotted down after checking my PS2 Save File.

Have fun in volume 3 crushing all of Gaspards dreams.

Note: As long as the charcter is present in the card for example healing waves has atoli so does immortal genome or w/e its called the combo will work as long as she is with a card with Haseo and Silabus. The Generals do not matter as long as they have enough Charisma to use the cards. 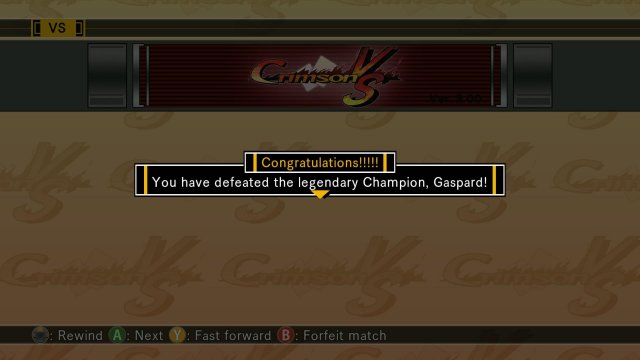