The first guide to finding the Hub Zone’s secret!

For months, the Strafe Twitter account has been hinting at an undiscovered secret hidden in the Hub Zone. Today I’m going to show you how to access it, in all of it’s tasty goodness!

The area you will find this deceptive secret is after you choose your main weapon and go through the doors facing the teleporter to the Icarus, as seen here: 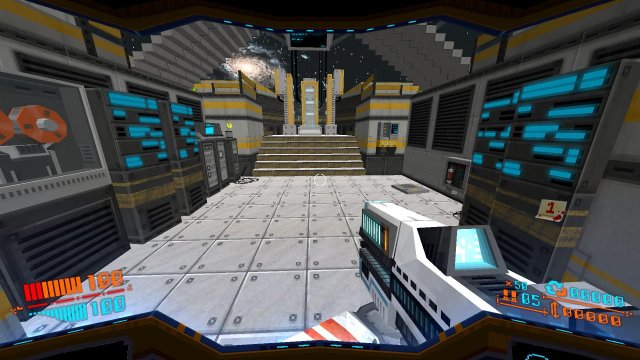 Note in the middle right of the screen is a secret fuse box panel from the Icarus, and a unique server rack with a note that reads “1.”

Now there are a few actions you can take with objects in Strafe. You can attempt to use them by pressing the “E” key, you can stare at them with intent until they are uncomfortable, or you can riddle them with bullets. We’re picking that last option.

Now pick your preferred primary weapon and unleash leaden death on the server with the note on it. Remember that the explosion causes you damage if you are too close. The aftermath should look like this: 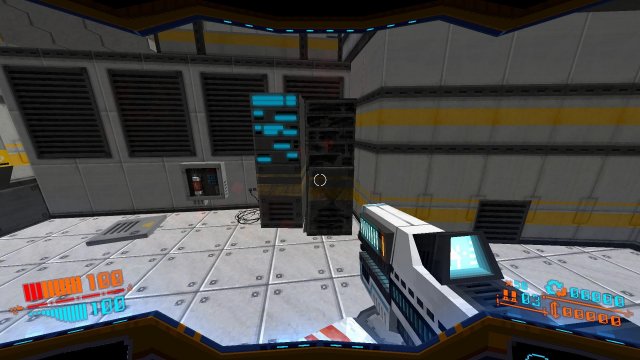 Next in order is that shifty eye’d reel-to-reel directly across from the noted computer. Let it know what you think of it’s seedy analogue storage methods. 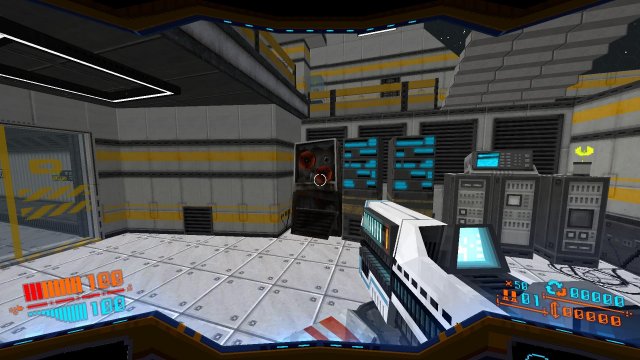 I hope you aren’t tired of killing things yet, this IS Strafe after all! In the row of computers on the now defunct reel-to-reel’s side of the ship, your next target is the computer with the little plant pot on top of it. This machine is getting too emotional, retire it like so: 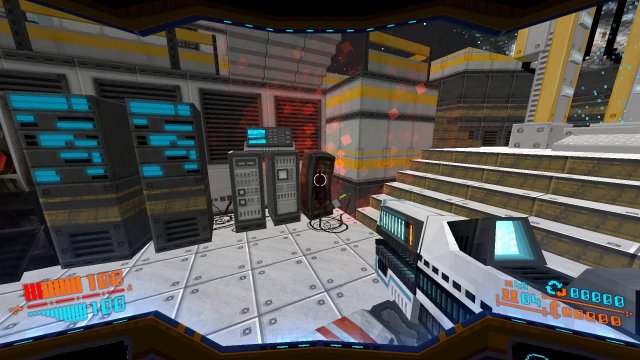 Finally in the shooty bit of this secret, is the humble fuse box previously mentioned. Let it fulfill it’s purpose and reveal to you the secret area! 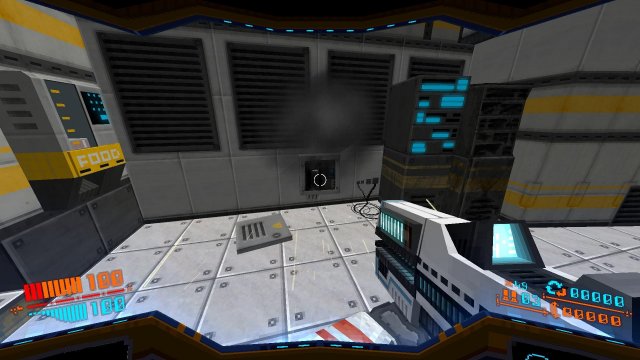 After the fuse box is shot, you should here a confirmation sound. Look back to where you came from choosing your weapon. In the short hallway, a hidden wall has descended. 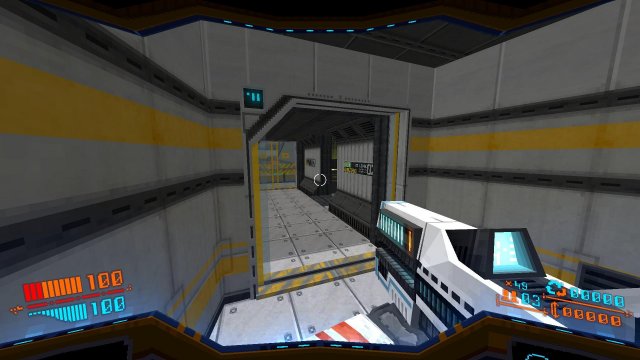 Now look into it to see a secret work room with a microwave, toaster, ammo pack, and a nailgun being repaired. 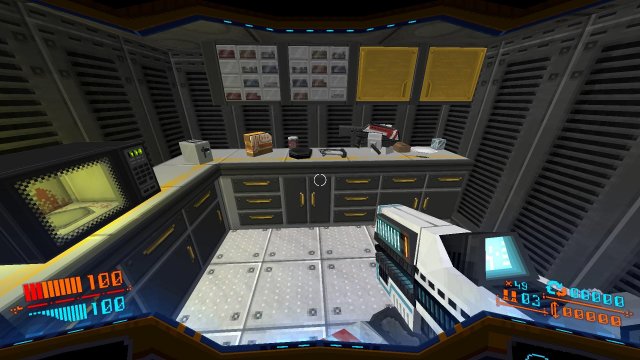 Walk in and press “E” on the cupboards. Maybe you can find a tasty snack, since murdering defenseless machines can work up an appetite. Opening them works like this: 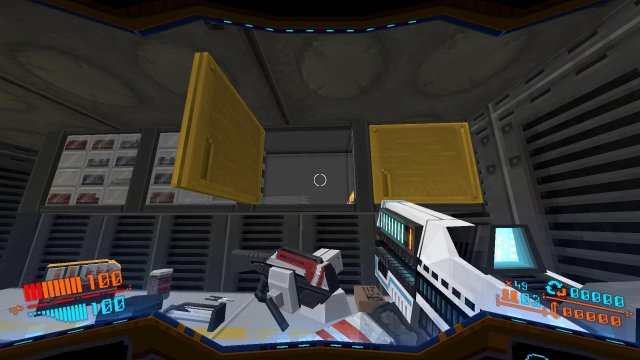 Now, showing you what lies behind door #2 will spoil the reveal. I can’t talk about it directly, but I WILL tell you what to do.

Open the right cupboard and pick up the bag. Yes, yes, I laughed when I saw it too. Now that you have it equipped, click to “fire” it three times; each time has a different animation. You will be left holding a bowl after this.

This is probably one of THE most funny secrets in Strafe, and in my opinion it really captures the spirit of the game it’s homaging.

Welcome to a new minigame my friend, you have now found the Hub Zone secret! 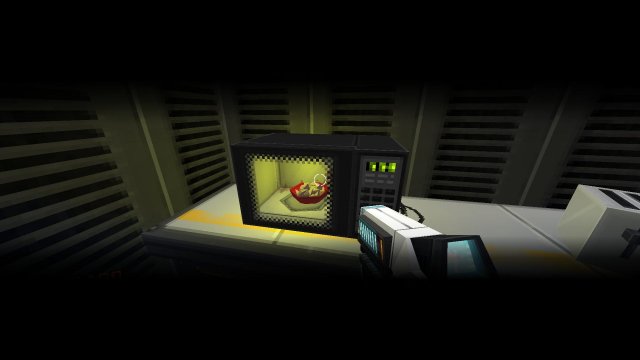 STRAFE at face value seems like a fairly difficult game with a simple premise. Kill everything, Dont die! This is much harder in practice however due to the games permadeath […]

Overview of the basic mechanics of STRAFE. Health As you start a game of STRAFE your scrapper has 100 hit points. Lost hit points are recovered by collecting food tins, […]