A somewhat “simple”, somewhat “in-depth” guide to the new commander system in 0.22

Each commander starts at rank 1, with a default skill already chosen. These skills sometimes rank up alongside the commander. Sabrina, for example, starts off with bonus module damage, and each rank she acquires, increases that bonus module damage. Some start off with a conditional skill, like Ioannis, which activates after spotting an enemy, or fulfilling a condition.

You rank up by earning commander exp for whatever commander you’ve chosen to use in the tank you’re playing.

Each rank gives you a single skill point. 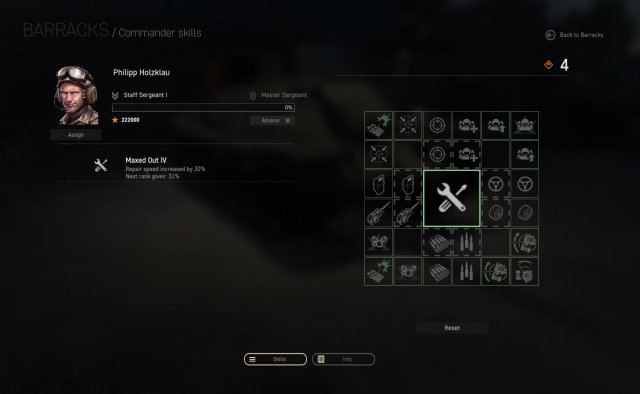 However you can only select skills next to the ones you already have.

Some start off with a big square in the middle, some with a small square in a predetermined location. 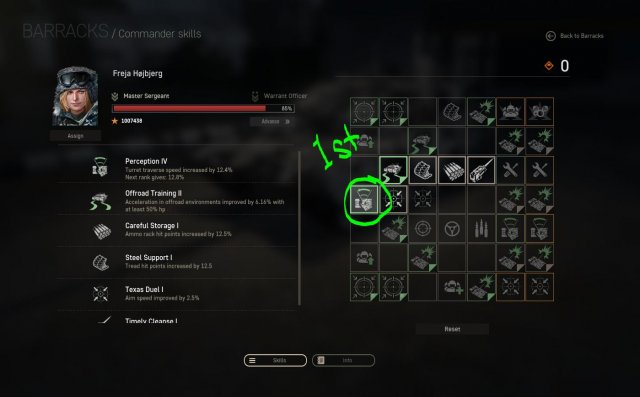 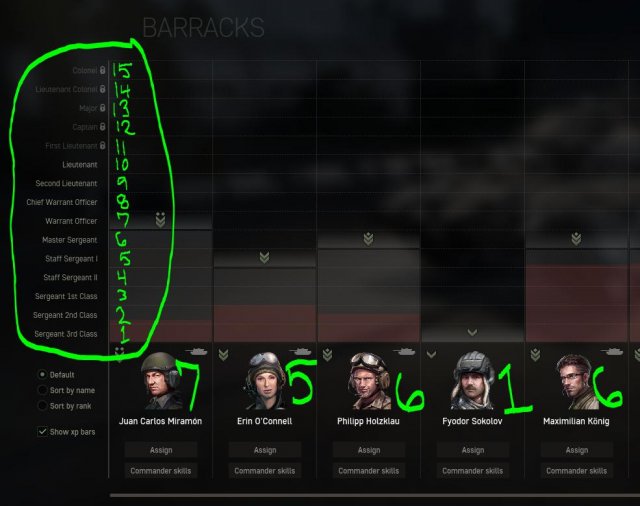 Each commander starts off at Rank 1, and can be advanced all the way to Rank 10 without any issues.

Ranks 11 through 15 are a different story, this is where the “Chain of Command” comes into play.

You can, however, have multiple Rank 12’s, if you still have a Rank 10 and a Rank 11. Each Rank can have mutiple commanders, to achieve the next, however, requires one at least in each Rank to forever sit at said rank. 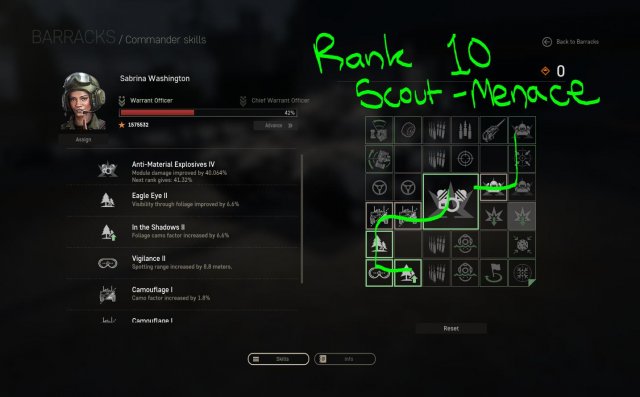 Camo in the bottom left, Crew damage in the top right. 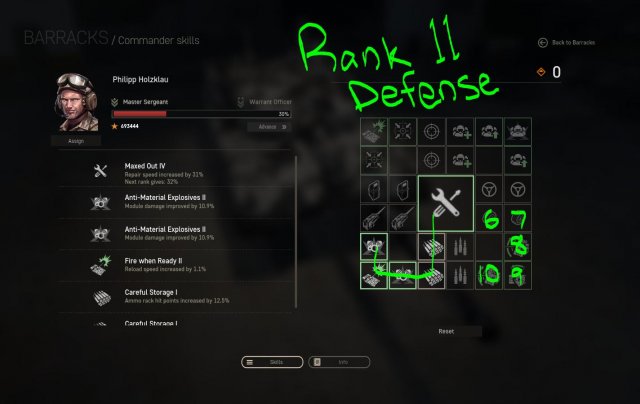 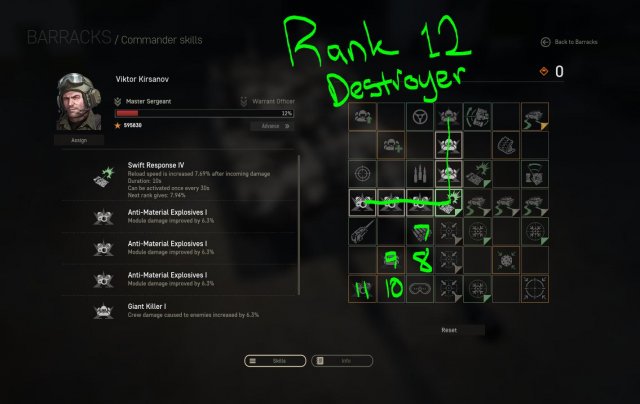 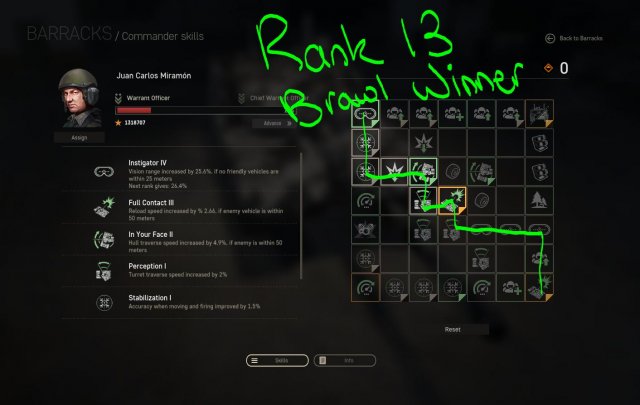 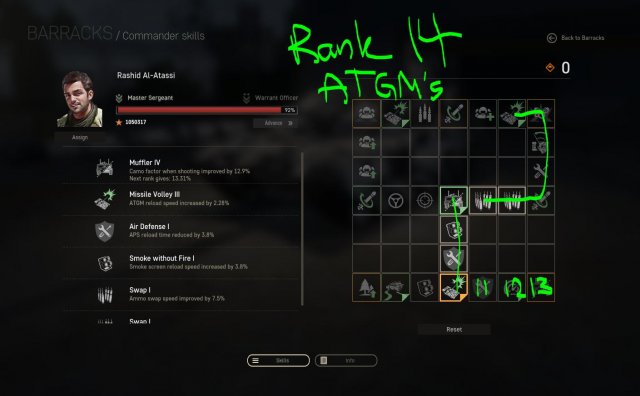 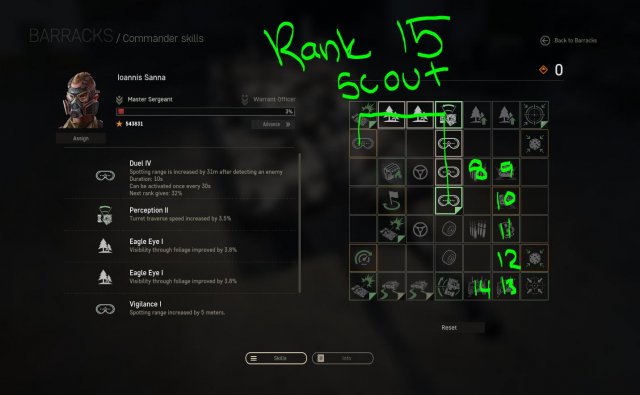 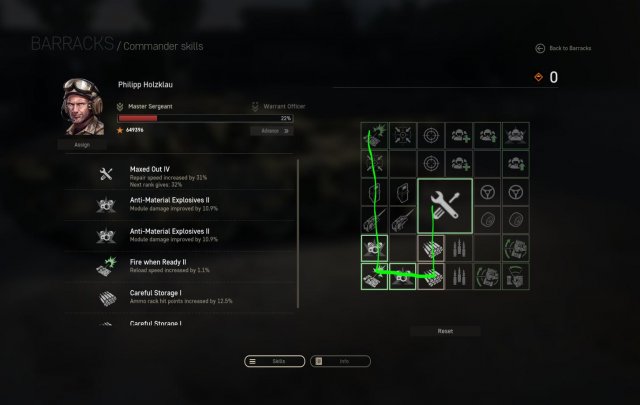 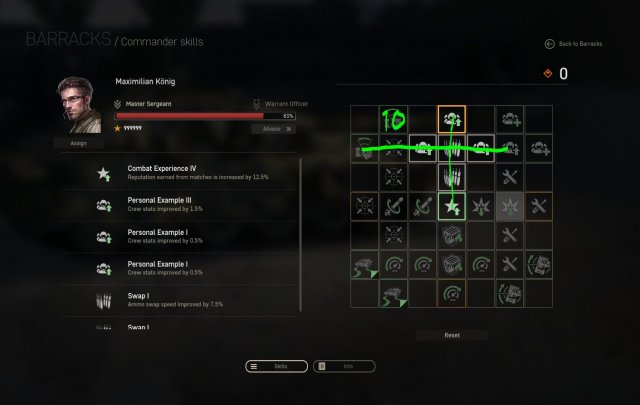 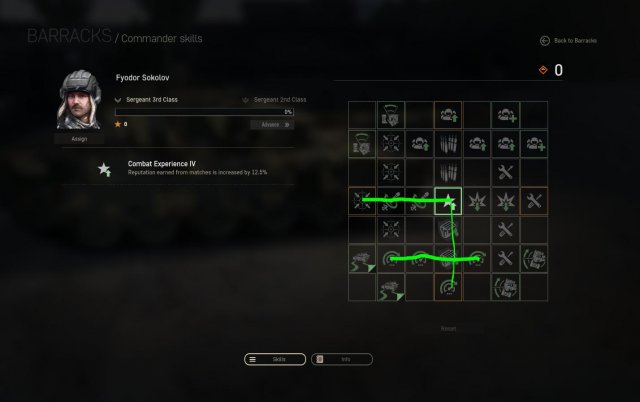 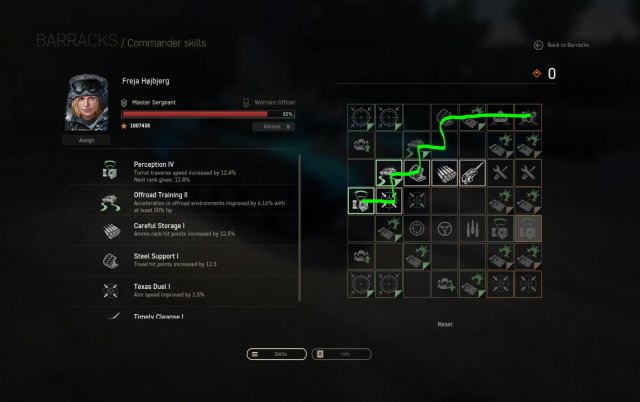 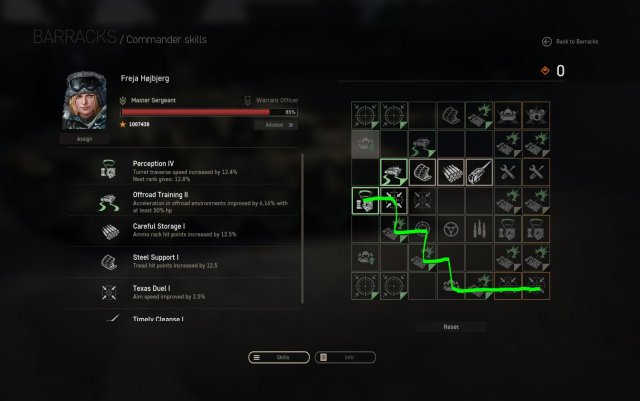 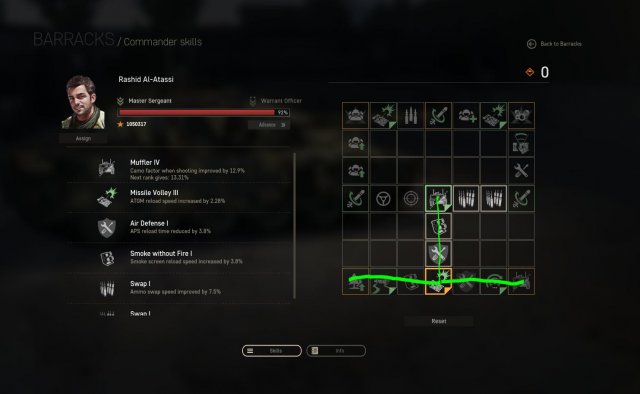 Basically what’s in the parenthesis. 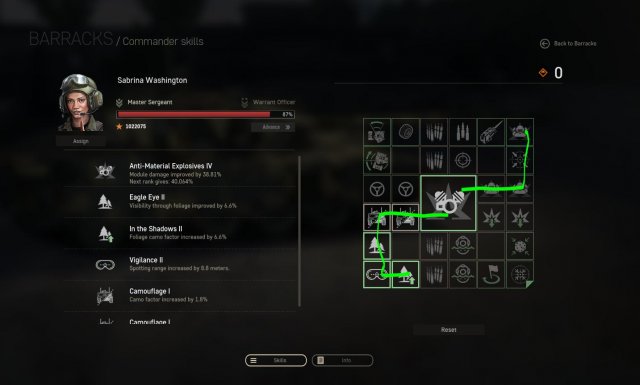 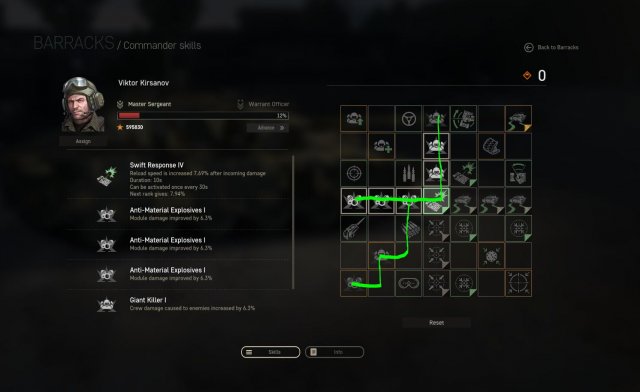 Max Module/Crew Damage. + Increased Reload after getting shot(penetration or not supposedly). 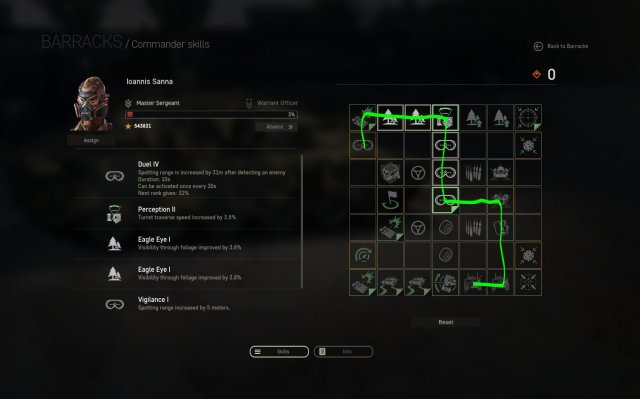 I personally enjoyed going through the trees, trying to figure out which skills would be the best, which would be situational, which might not be too great, and which would ultimately make the biggest difference when it came down to having to choose a commander to stay at 13, and another to stay at 14.

There’s a good tree for just about every commander if you want to get a specific one all the way to Colonel, if the sample chain of command above seems like it might not suit your desired playestyle. A good example would be an arty commander near the top, versus most of mine, which are mostly tied to the other classes, since I don’t really play artillery myself.