A Tale of Two Kingdoms has a map of its own, but it does not contain all of the important locations. This guide contains a map that will help you navigate through the game more easily.

The following map shows the different locations in the game. You can click on the image to zoom in. 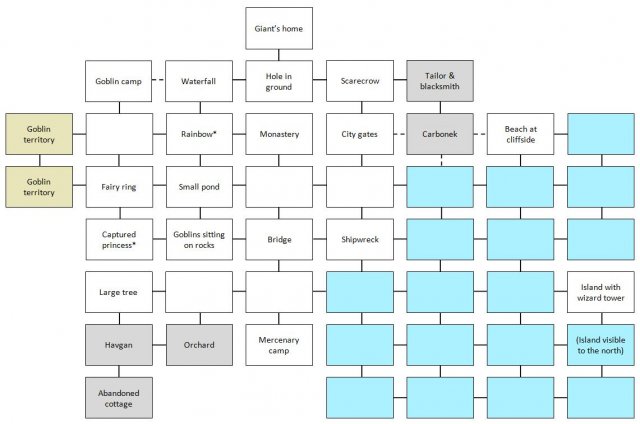 Blue tiles are the ocean.

The lines between the locations show where you can travel to when you’re in a certain location (or screen). If a line is dashed, it means that it’s an optional route that is most likely unlocked later in the game, or a route that you will only use once.

Locations marked with an asterisk (*) contain special events that are unlocked as the story progresses.

A Tale of Two Kingdoms – Wisdom and Honour Points List (100%)