Most efficent way to grind with the AMX-13 SS.11

This tank is light, (wow I know right) like the M18, somehow I’ve managed to bounce a total of 4 shots due to the power of gajiob (I’ve just reached tier 4) so don’t bother attempting doing that, shooting and scooting is an idea but I find that aiming is too bouncy and I struggle to aim my shots, especially when the guns only does 180mm pen at 10 metres at 6.7 (with the round that costs 1.2k), good luck to you. however the rockets are great on this thing and fly forwards, FOR THE LOVE OF GOD SPAM THEM! 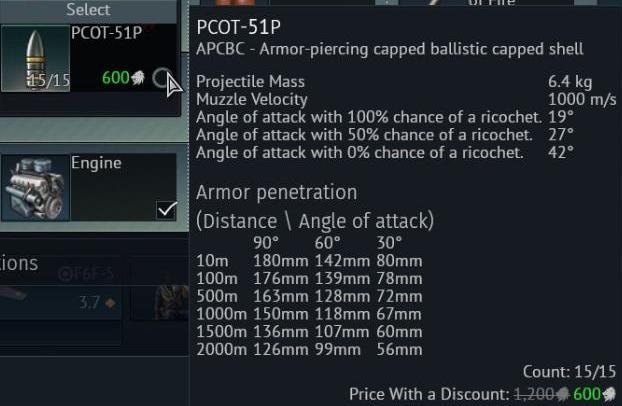 However getting kills and assists at the maximum only gets you 10k RP (with the 7 days of premium still active) of which 4k goes to the Mark Of Distinction, when you’ve research that prepare for 6k rp max from 1 kills, because kills don’t stack with RP.

As for silver lions I’ve not had to use any other tech tree’s vehicles, this has done well as far as I’m concerned, you can get upwards of 10k a cap.

This is the most efficent way I’ve found out how to grind with this tank.

The tank isn’t the fastest, but it can reach the cap point before the enemy 9/10 times, pop smoke and then cap, this can be done within 2-3 minutes of the game beginning, and then your either just holding the cap point or pushing up waiting to die, I’d recommened going out to die as you can get into the next match sooner without waiting because you bailed. If your team managed to win your match you’ll get around 5k RP a match (a match consisting of less than 5 minutes) and if you loose you’ll get 3k RP.

Having trouble with those unstoppable heavy tanks? Well in this guide I will show some tips, info, weakspots and the Heavy tanks themselves! ContentsTier 1 United States America: M3 LeeTier […]