A Simple guide on all of the ships, And my opinion on what they are good for. I do not expect you to take this seriously; as this is just my opinions. 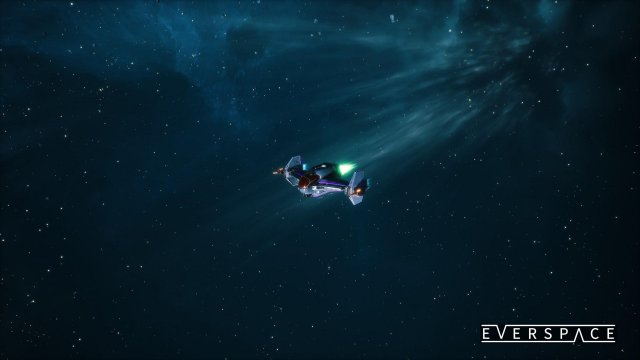 The Light Class Fighter is a fast and sleek little thing, it comes equipped with a Shock Rifle, Beam Laser, Stasis Missile (10), Shield Device, Cloak, Energy Injector (4), and Drone Override (2). Overall this thing is very good at talking out lone Pilots like an Outlaw scout. If there are more then 3 enemies, I’d recommend using the environment to your advantage, use cloak and flee behind a rock, and wait for your shield to recharge if you took damage. I would strongly advise going up against anything like a Okkar Corvette; Unless you have help from the G&B. If you do go up against a Okkar Corvette, try to avoid the Laser Blasters they fire, use the environment. If you have help from the G&B go full in. 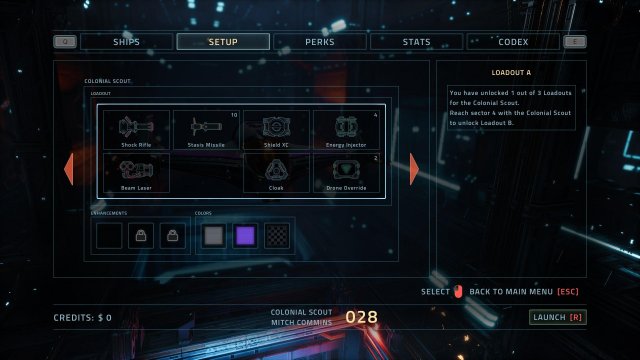 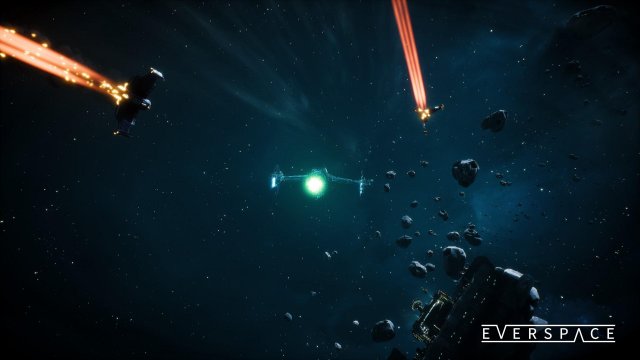 In Combat, the Light Fighter cannot go up against a horde of enemies. It needs to be used for hit and run attacks; unless you have help from the G&B. If you are a daring pilot, you can try to go up against hordes. if you do, cloak when they start dealing too much damage, flee and await shield recharge. The Beam laser doesn’t do much hull damage but rips apart hull. Do not get cocky with this fighter; you will die. Overall the light fighter is built for Stealth, in my opinion. 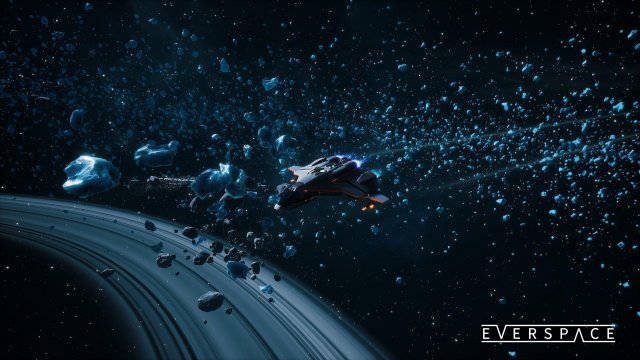 The Medium Fighter is an all-purpose fighter, it can take some damage, it can travel at fast speeds, and it has the most basic weapons in the game. It comes equiped with a Pulse Laser, Gatling, Light Missile (20), Shield device, Weapon Overdrive, and Shield Boosters (2). This Fighter is the fighter you start out with, and it is trustworthy and Maneuverable. In Combat, this fighter can deal out lots of damage but can’t take much in return. Overall the fighter is sleek, but it has its downfalls. 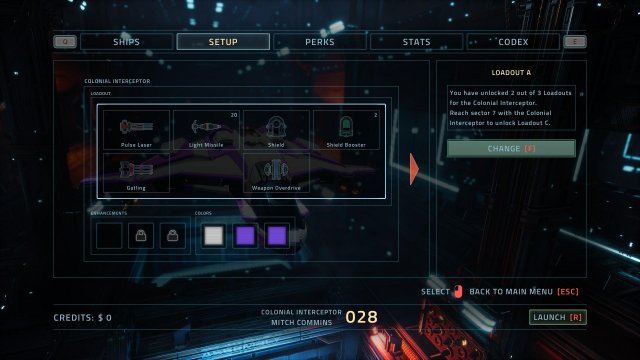 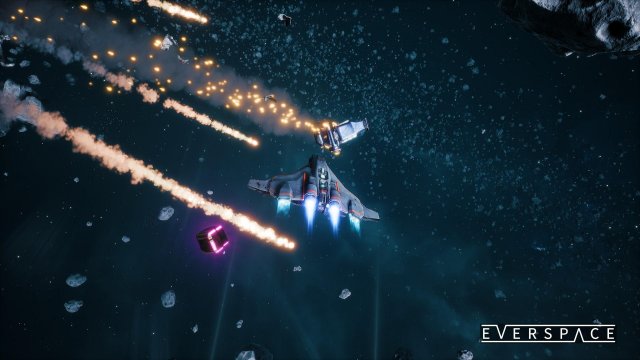 In Combat, this fighter is best used against single ships at a time. The Missiles can be used in dire situations to take out emeny craft. 4-5 Light missiles and basic Scouts are dead. Sway from side to side to avoid enemy fire. Weapon overdrive can also be used in a dire situation to deal out more damage in time to stay alive. This fighter won’t last long against a Corvette unless you have help. 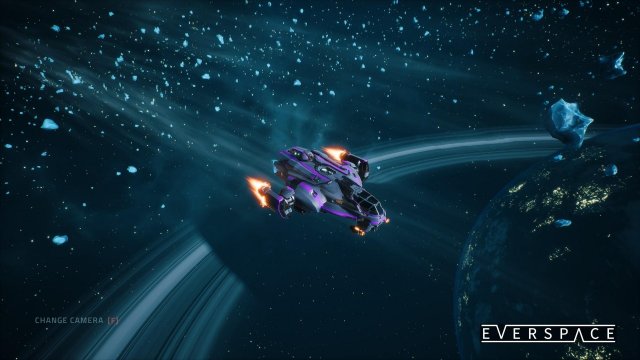 This Ship is a Clunky beast and can take massive amounts of firepower and deal out massive amounts in return. It can hold its own against a Corvette, with help the Corvette is sure dead. It comes equipped with a Fusion Blaster, Flak Cannon, Heavy Missile (10), Mine Cluster (5), a Gatling Turret, Damage Limiter (2), and Combat drones (4). The Turret is honestly so helpful in every fight you get in to. Heavy Missiles can basically one shot any small ship, and deal massive damage to Bigger ships, and Minefields can devastate Large ships and Hordes. 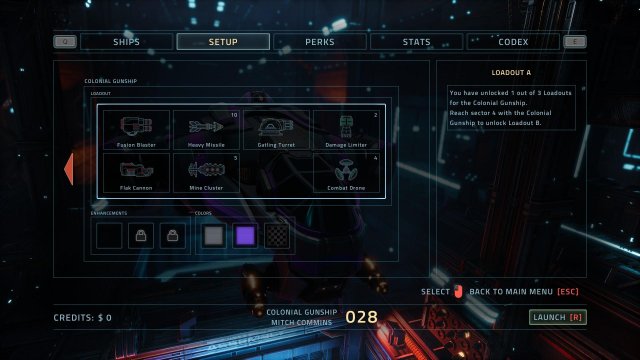 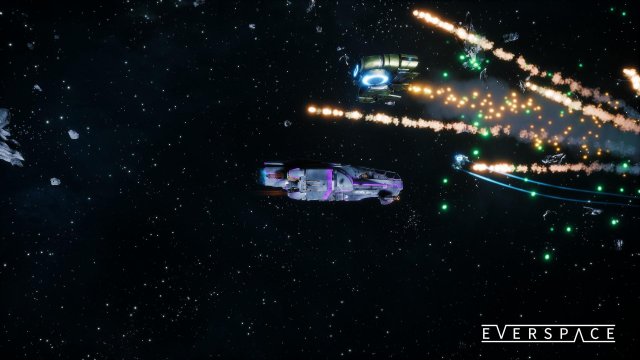 The Turret on your ship can be very useful. If you ever need to activate it press ‘r’. If upgraded it can be even more of a help. The Heavy Missiles should be used on fighters headed right at you or bigger ships like G&B transports and Corvettes. Minefields are effective against literally anything.
Don’t get overconfident with this ship, if you receive Dampener damage, it will be very hard to maneuver. Overall this is one of the best ships in the game. 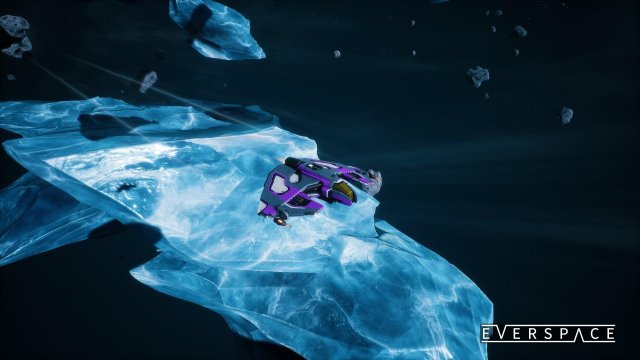 This Craft is rather unusual. The stunning looks and the powerful devices that it comes with can be used to your every advantage. This Fighter comes equipped with a Lightning Gun, Corrosion Missiles (8), Shield ST, EMP Generator, Device Charger (4), and Turret Override (2), and unique patterns.
This Fighter with EMP can disable all enemies in an area around them, leaving them to float in space defenseless. This fighter is good but not the best. 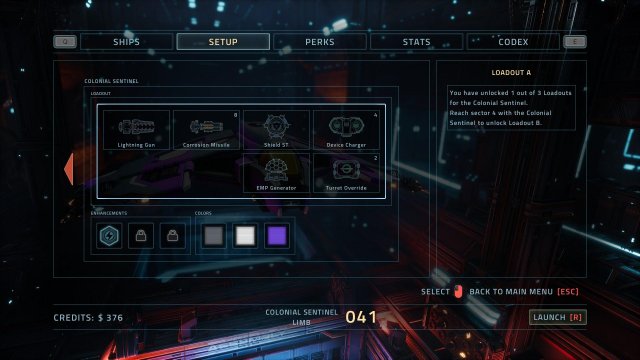 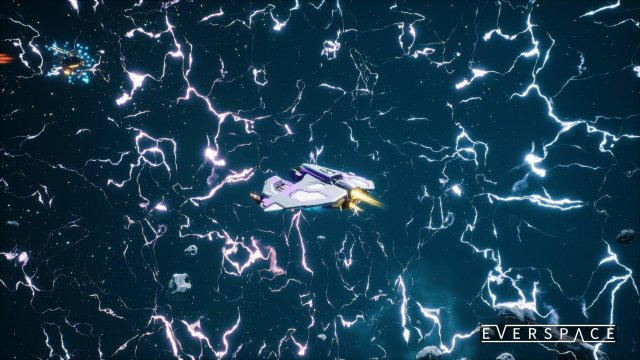 This ship can take on a fight that they bring, but don’t get cocky. The EMP Device can disable all ships, leaving you to take them out one by one. It doesn’t last forever, though, so you’ll have to swiftly take them out otherwise they will reactivate again. Corrosion Missiles can be used to bypass Corvettes sturdy shields and damage hull directly; 5 or 6 of them and the Corvette is a walking scrap pile. If your device charges the EMP you can keep ships in your area disabled if there are too many.

Everspace – Tips and Tricks for Getting Started

Before you play the Everspace game, you will definitely want to know these simple but useful tips and tricks. If you have any tips feel free to share with us! […]

Important Hints for Beginners Use Strafe Left / Strafe Right to avoid hostile fire.  Use Scanning Probe to find all resources and containers. Scanning probes are easy to craft. So […]