A guide to solving puzzles encountered in Chapter #3, including Block A/N/W.

In Block A, you’ll encounter three different puzzles with increasing difficulty. For each puzzle you’ll need to explore the block twice; for the first time you get the hint, and for the second you have to solve the puzzle. Generally it’s necessary to check a place at least twice to trigger the event. It’s the same for the remaining two blocks. I’ll name the puzzles in order in the form of: 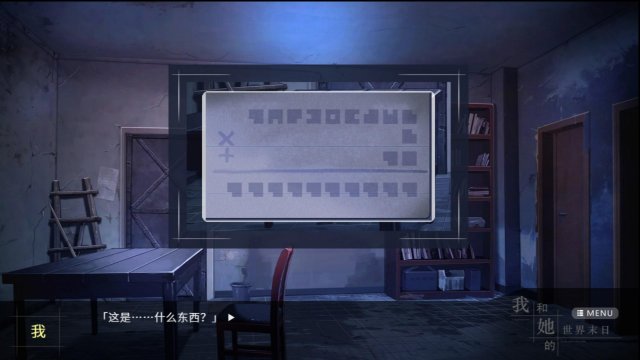 Apparently, the symbols in the first line represents different digits from 1-9 in order, and a complete square stands for 0. It’s easy to figure out that this is an arithmetic expression in the vertical format. The answer simply comes out.

When you find a locked book on the shelf in your second exploration, you’ll get a randomly generated 3-digit integer on the backside of the book. 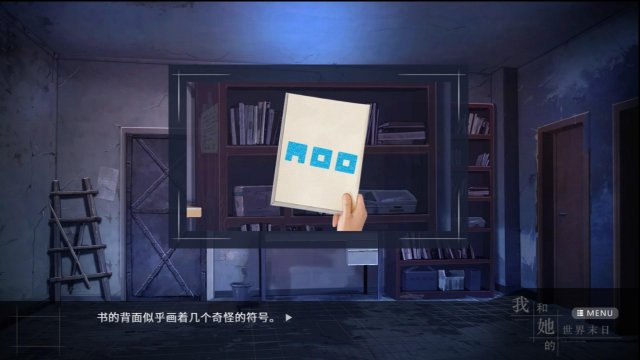 For example, under the circumstance above you’ll have to type 255.

Check the desk and you’ll get 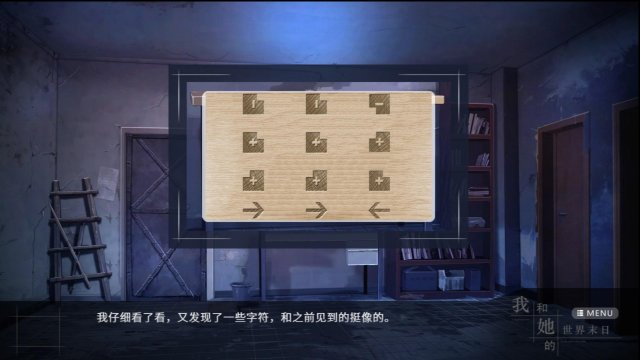 Here you need to remember the arrows only. The characters above are used by aliens in their language according to the following episode. They’re just redundant.

Next check the trash pile and your finger would get stuck. Follow the arrows above to free your fingers. Take the above one as an example and it’ll be

You’ll get some furthur information about ‘the end of the world’.

Finally we come to the last puzzle. Let’s check the chair first. 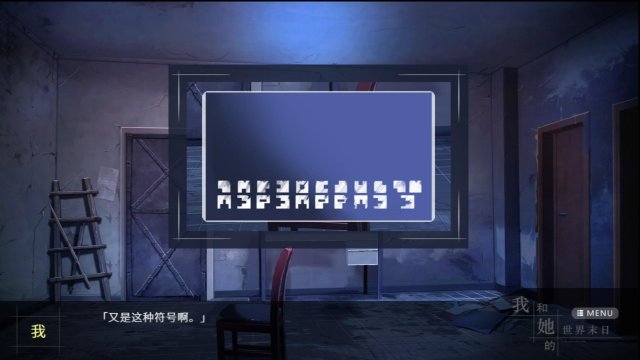 In the last room you shall boot up a computer. Notice that the text should hint to you that the only character that deserves attention is the one on the top left of the screen. Follow the mapping relations above.

It’s worth mentioning that the block you choose in Chapter 3 would decide the combination used to open an iron box in Chapter 4. 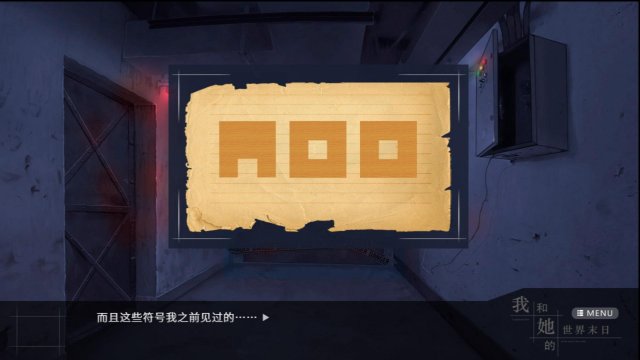 You see it’s the same as the code in the first puzzle.

By the way, ‘A’ is probably the first letter of ‘Alien’.

I have no idea of what ‘N’ represents in this block… Perhaps energy? Out of control? There’s nothing I can do with my poor vocabulary orz…

Check the bookshelf and you’ll get a piece of paper with a random 3-digit number in it. 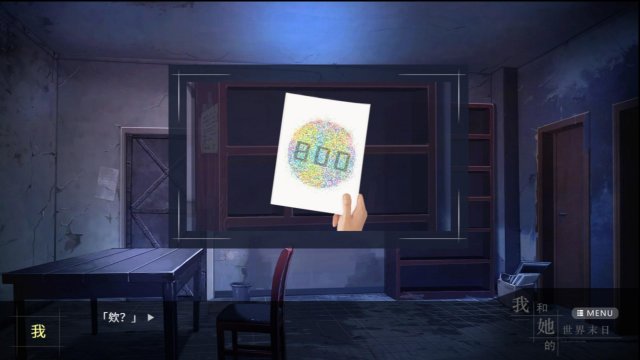 Input the 3-digit integer directly in the next exploration. 800 in the example above. Isn’t it easy? 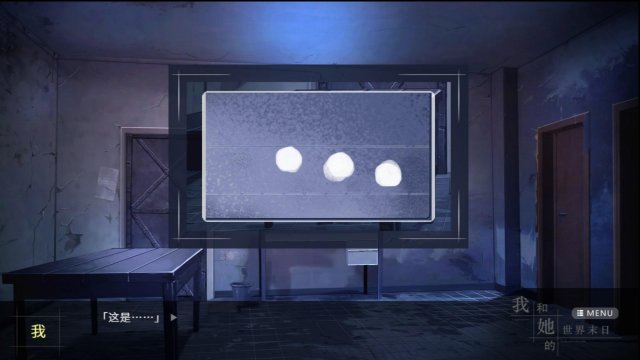 It’s like one of the faces of a dice, right? Explore Block N again, and check the ladder and then the bookshelf this time. You’ll find a button on the top (select either option as you like when it prompts a selection dialog box). Then type corresponding number (e.g. three in the picture above) to press the button repeatedly several times.

It’s perhaps the most ‘difficult’ part in Block N. In fact I’m convinced that most of you should be able to solve this all by yourself lol. 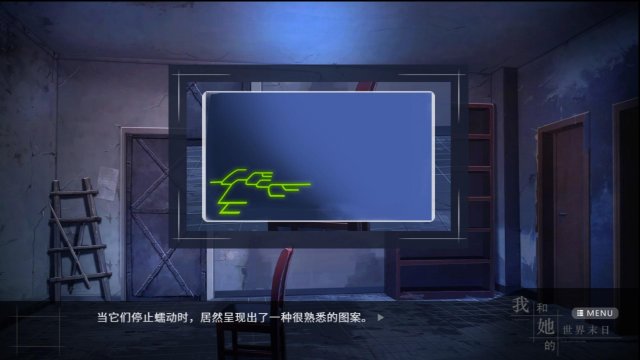 Have a look at the text below. It’s indeed an evolutionary tree (more precisely, a binary tree) whose root node is on the left. So let’s see from the left side; find the longest path from the root node to the leaf node. You go through six branch nodes and remember in sequence which subtree you choose. Here comes the answer. For the example above, it’s

Remember it and then boot the computer in the next room and just go on.

There’ll be the same episode as Block A that you’re suggested to open an iron box with the same code in the first puzzle. 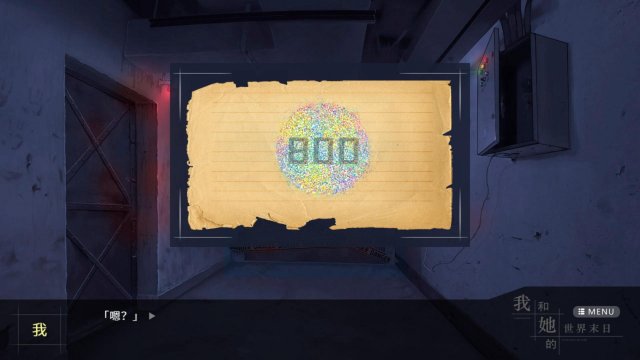 Here ‘W’ in Block W is likely to refer to ‘World War’, though I’m not certain which word it refers to exactly…

You’ll find a piece of paper with a morse code table including ten digits from zero to nine. 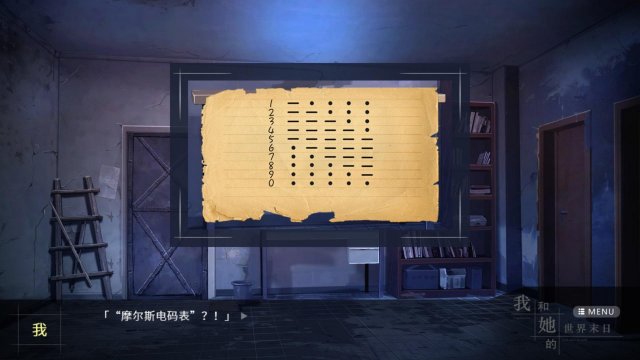 Then check the hidden compartment in the bookshelf. 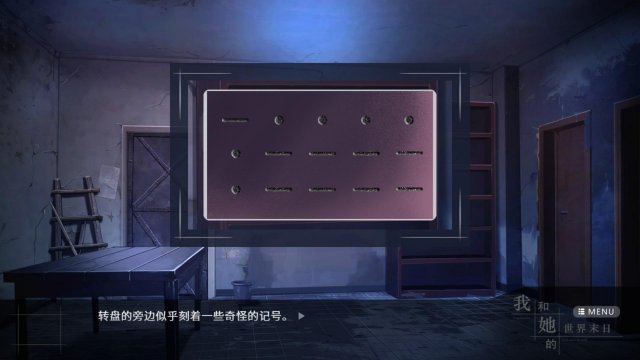 Follow the given morse code table to decode the cipher. Here it’s 166.

This is the MOST troublesome and frustrating puzzle for me. It cost me so much time to try to work it out that I gave up at last and looked for help. Thanks to the guides in Steam community. They saved me from the dilemma. 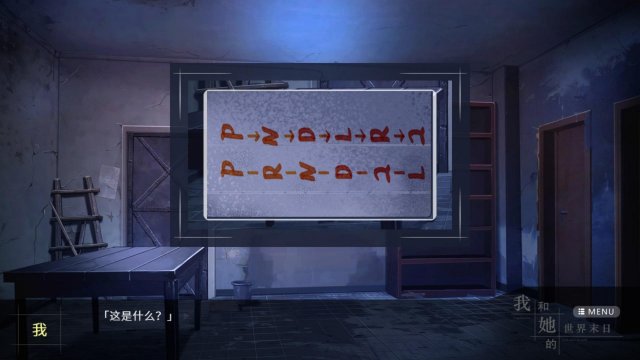 Your chair is in fact a simulator of gearshift. 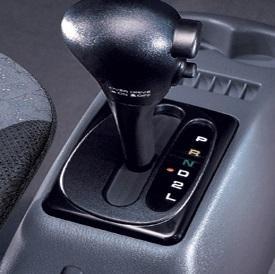 So the solution is that you refer to the line below and change the ‘gearshift’ in the sequence above. In this case,

The solution seems to be the same for all players.

P.S: It’s not my fault that I’ve not ever learned to drive…

It comes to the last puzzle. Incredibly easy compared to the previous one… 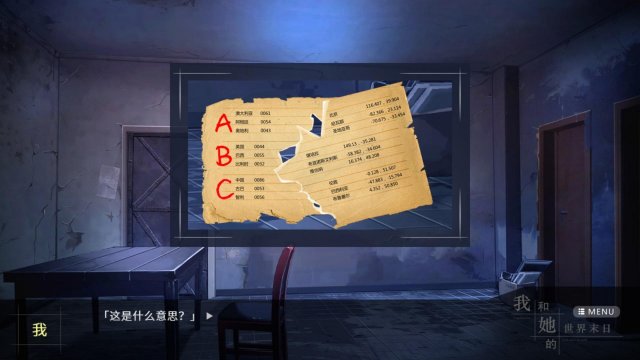 Note that the capital letters on the left are the first letters of English words corresponding to the countries listed.

The numbers on the right of countries are combinations of international call prefixes (also known as IDD Prefix or exit code) and country calling codes (i.e. country codes). In this case, the code combinations above are probably intended to call from some country with exit code ’00’ to the countries in the paper as destinations.

In the right half piece of paper, there’re nine cities and their locations in the form of pairs of longitude and latitude, each of which is a capital of the corresponding country on the left.

Then boot the computer as usual and you’ll see three pairs of longitude and latitude, and it hinted that you should type a 6-digit passcode to log in. 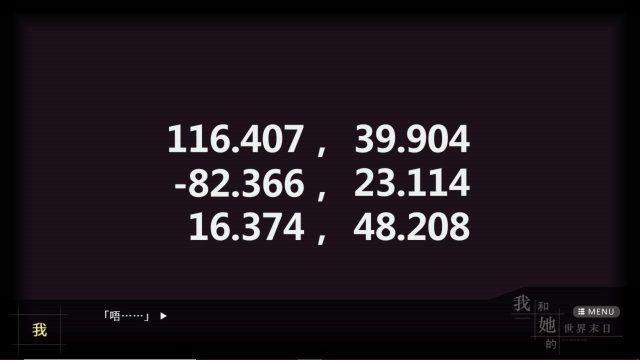 Now the answer is clear; map the pairs of longitude and latitude to the cities and then to the countries. Just combine the country codes of these countries in sequence. For instance, according to the pairs in the picture above,

The same as previous blocks. 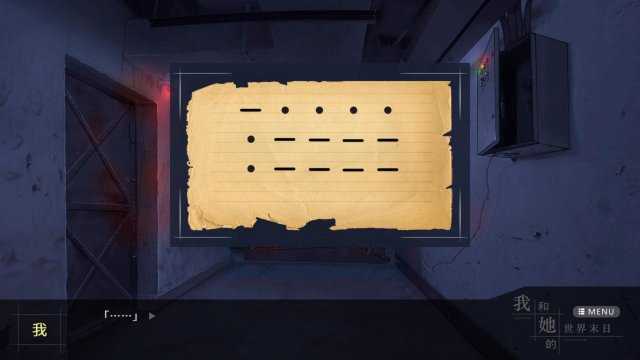