Many new players struggle to kill large, heavy aircraft such as bombers, attack aircraft and heavy fighters. This guide hopes to give you some insight on these flying bullet sponges, their strengths, their weaknesses, and some tactics for attacking and killing them quickly.

Enemy heavy bombers can and will bombard your bases from high above you, losing your team victory points when those bases are destroyed. Your best chance of stopping them is to use a fast interceptor aircraft to shoot them down. I will go into more depth on interceptors later on in the guide, but your best bet is a combination of good climb rate and lots of firepower.

The first step to killing bombers is to get really high. After smoking enough we- oh, sorry. After climbing at a relitively steep angle for a good minute or so (trying to avoid dogfights with enemy fighters in the mean time) you should be at around the same altitude as most of your targets. Now choose a target, a big two or four engined bomber.

You have two options. Either climb over them and dive on them from above, or dive under them and attack them from directly below. Do NOT sit on a bomber’s tail and try to whittle it down with machine gun fire while it’s tail gunners take free shots at your effectively stationary plane. 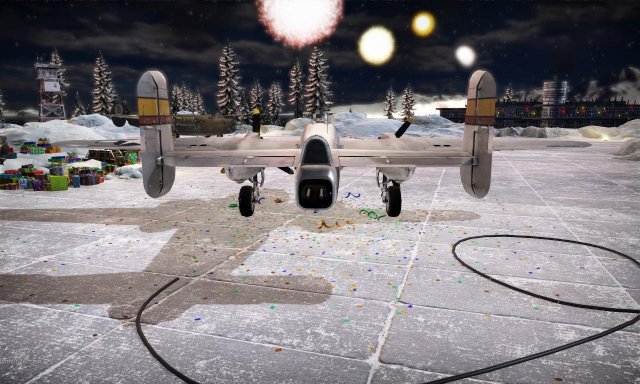 This bomber’s cockpit, engines and other soft, fleshy and/ or flamable parts are protected by a wall of wing, fusalage, and two tail gun turrets which are in the process of putting yet another wall between you and your target, this one made of lead. Attacking heavily armed bombers from behind is likely to get your pilot knocked out or your engine shot up. 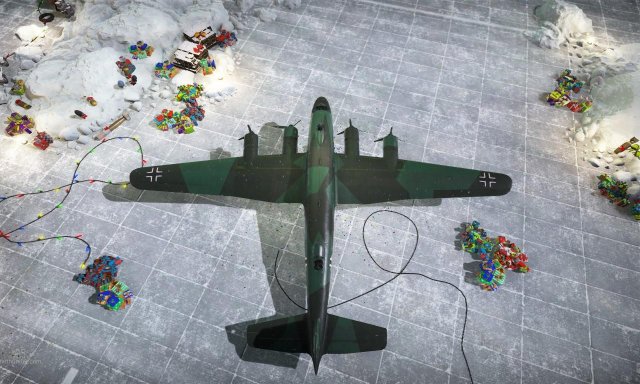 This bomber’s gun turrets can’t elevate high enough to hit your aircraft as you dive upon your helpless victim, their flat, exposed wings, engine and cockpit completely at the mercy of your bullets, rockets, and other horrible things.

When you roar past the bomber in a dive, or run out of velocity in a climb and need to break off, turn around and prepare for another pass from the same or another tricky angle that gives you the largest possible target profile while minimizing the number of guns shooting back at you. When the bomber’s fuel tanks and engines are set ablaze, or when a wing is torn off, your work is done and you can continue on your day and look for another target.

Many heavy fighters in the game such as the Bf-110, the A-20, and the Me-410s are verstile, durable and extremely lethal weapons platforms that can rip apart any other aircraft within seconds. However, these strengths are all paid for by a common weakness shared by nearly all of the heavy fighters: they lack manuverability (exceptions include the P-38 lightning and the Ki-45, although both of these aircraft are rather fragile for heavy fighters, serving more as dedicated energy fighters or heavily armed interceptors.)

If you catch a heavy fighter unawares, it’s perfectly possible to dive on and kill one in much the same way as mentioned in the heavy bomber section of this guide. However, heavy fighters tend to use energy fighting tactics (meaning they will stay at high altitude most of the time) and assault fighters tend to be at low altitude, surrounded by allies as they make their strafing runs and rocket strikes on ground targets. So how do you deal with this?

First of all, do not, ever, under any circumstances, try to kill a heavy fighter in a head on duel and expect to survive the encounter. They have some of the strongest frontal firepower in the game, and will nearly always shread your light fighter in a joust, often while surviving your return fire unless you get lucky and knock out their pilot.

The best tactic is to charge at them as if you wanted to joust, but the instant you see them open fire, swerve away and preform a corkscrew manuver making yourself a nearly impossible target before flying past them. Now turn around, get on their tail and shoot them to pieces. They are less manuverable than you, and stand little chance in a turning fight, even less as their aircraft loses speed. If you are worried about their tail gunner, or running out of ammunition, hang back slightly and wait for them to turn enough to provide you with a better target before swooping in close and unloading with your guns.

If a heavy fighter is diving on you from above, use the same tactic stated above, but first go into a quick and shallow dive yourself before pulling up to fake joust them to gain some speed and minimize the time you’re exposed to their guns. Additionally, if they refuse to engage you in a turnfight, allow them to break off and get away. They already have enough speed that chasing them down would likely be a waste of time, and catching them could take several minutes. 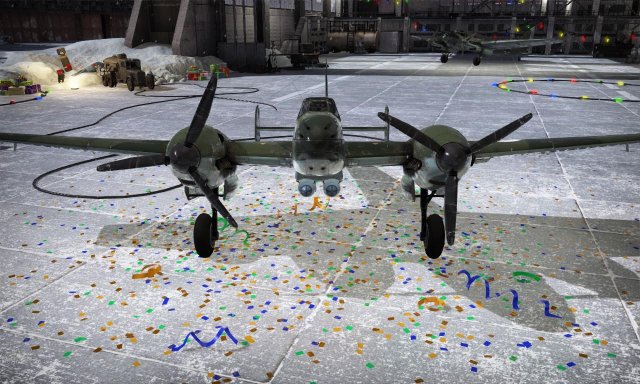 This is just about the last thing any aircraft wants to see headed at them, least of all a fragile fighter plane. 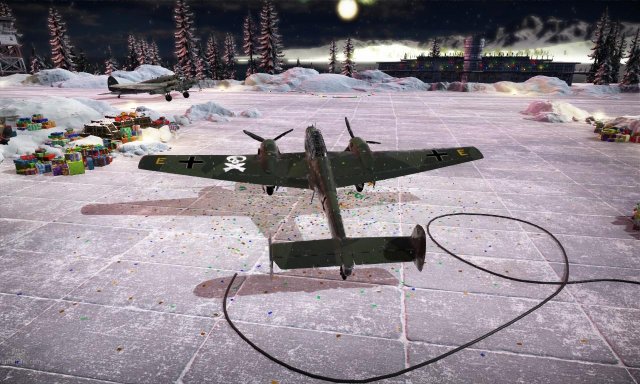 With only one light machine gun to defend itself, and lots of vunerable tail, wing and engine surfaces to shoot at, this is a much more inviting target than the same aircraft is head on.

An interceptor is an aircraft used specifically to attack and destroy enemy bombers (and sometimes assault fighters as well, which are essentially a cross between a bomber and a heavy fighter that is more comfortable at low altitude.)

Your main goal as an interceptor is to get within range of the target as quickly as possible, and shoot them down before they can drop their payload. A good interceptor typically requires a mix of firepower, speed and climb rate in order to effectively acheive this goal.

Generally speaking, larger, more powerful guns are more effective against heavy targets than several smaller guns are, especially if you want to engage at longer ranges such as to avoid their turret’s return fire, or if you are struggling to match their altitude and have to attack from some distance below. If necessary however, multiple rifle caliber machine guns can be effective enough provided you use the right ammunition (armor piercing and incendary are best), are at a close enough range, and make sure to aim for weak points such as fuel tanks, wings and engines. 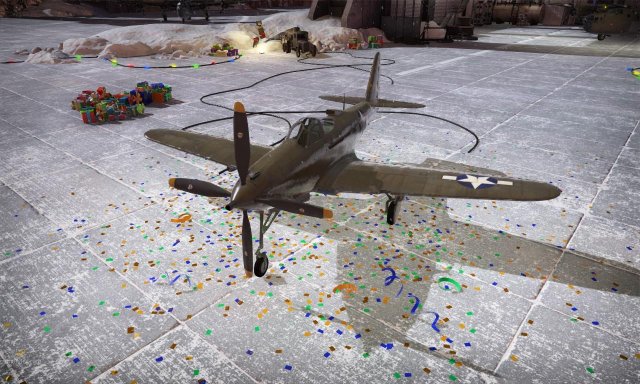 The air cobras and king cobras posses acceptable climb rates and an incredibly powerful main armerment that is well suited for hunting bombers. 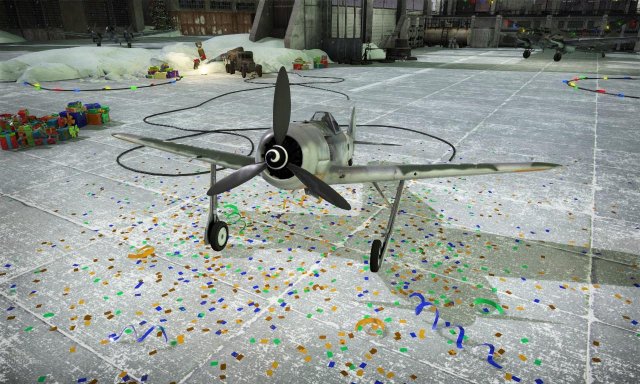 The Bf-109 and Fw-190 series of aircraft combine fast climb rates, good high altitude preformance, and exellent 20mm cannons (and many of these planes can mount gun pods for additional firepower.) 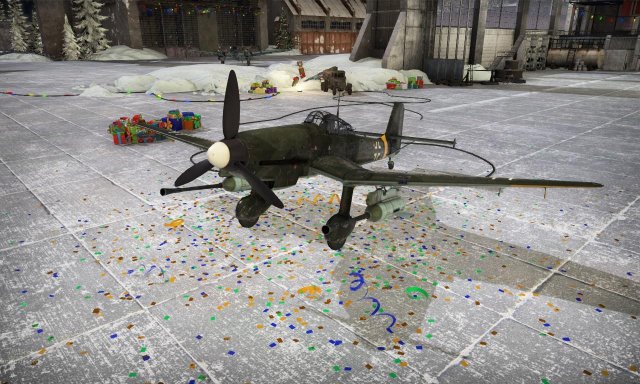 Some stuka variants make effective, albeit unconventional interceptors in arcade battles due to having the ability to start at high altitudes since they are classified as assault fighters or bombers, making up for their low climb rate. Good interceptor variants either posses lethal 37mm cannons or can mount 20mm gun pods. 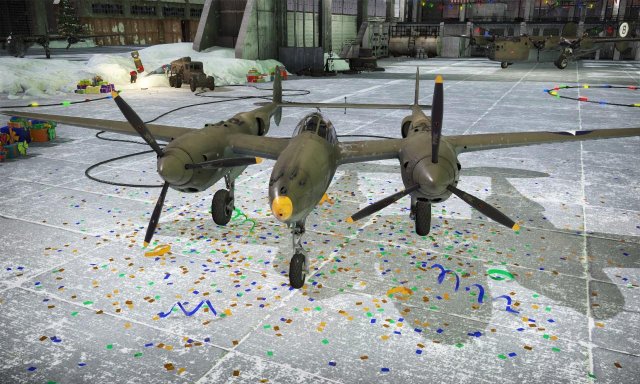 The P-38 lighting has it all: speed, climb rate, good concentrated firepower, and plenty of ammunition. Several other heavy fighters can also make fine interceptors as well, although those with slow climb rates are typically not among them. 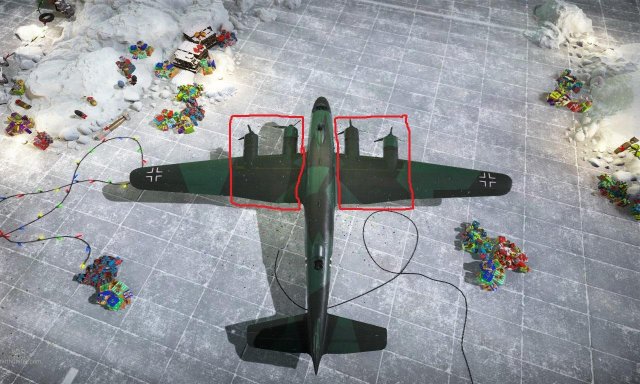 Interceptors with guns of less than 30mm in caliber should ideally target these sections on most bombers. Their fuel tanks (often located in the base of the wings near the engines,) engines, wings/ flaps, and cockpit are all good targets, depending on what weapons and ammunition you’re using.

This guide is intended to help you become a better pilot, and hopefully decrease the odds of you crashing into the ground. Guide to Aircraft Basics in Tips Tip #1: […]