Lever locations placed on the overworld map. Includes all 4 areas, each with 6 levers.

A short guide that shows the locations of the secret levers in each area of Pit People, as they would appear in the world map (opened by pressing F1 in-game).

The location of each Lever is represented by a black hexagon with yellow star inside.

Ignore following elements in the maps, as their locations are randomly decided by the game:

Don’t be confused by places like Manor of Whoa, Horatio’s Farm and Tinkletown (the giant toilet), as they and many more landmarks appear in each map. Maps are easiest to separate from each other by looking at the center of the map: Is there a river crossing nearly splitting the map (Riverlands), or a desert extending to the NE (Desert Center), is it mostly grass (Greenlands) or has a graveyard there (Grave Center)?

This area has 6 Buttons (Pedestals with Green Buttons). 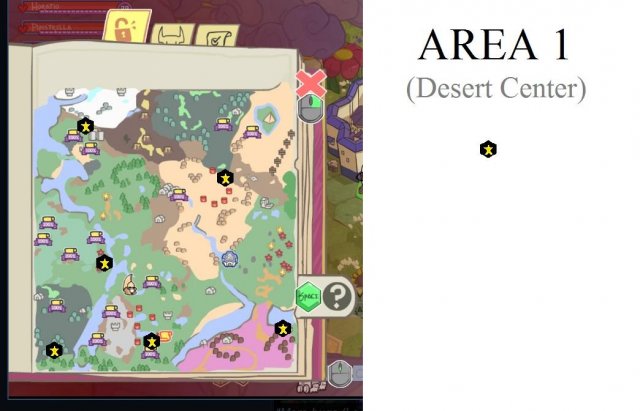 Start from top, then moving clockwise:

This area has 6 Levers. 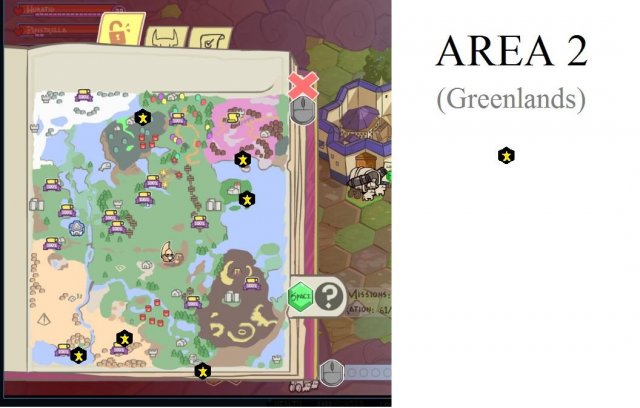 This area has 6 Switchboards. 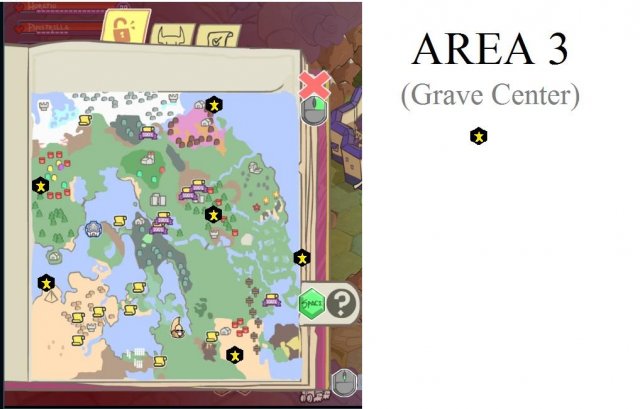 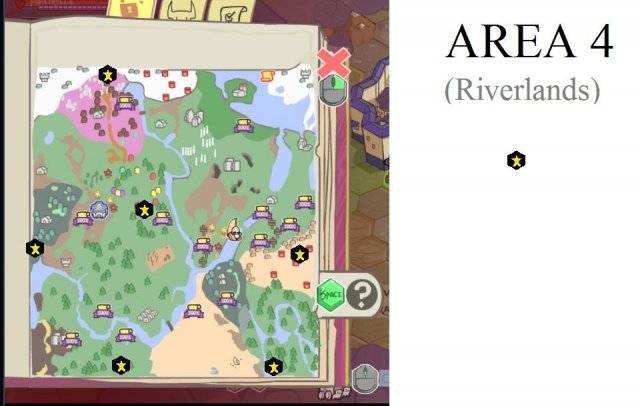 Starting from top, then moving mostly counterclockwise to the closest node: