A comprehensive guide on what kind of medications you will need to buy if you’re truly serious about playing the french ground vehicles.

So, you have decided that you are not of a faint heart and that you’ll endure the most painstaking grind in the game? Good! Because the following days will be living hell for you in WT. And if you have happened to play WoT before, forget everything you know about french tanks as soon as you launch your first battle. 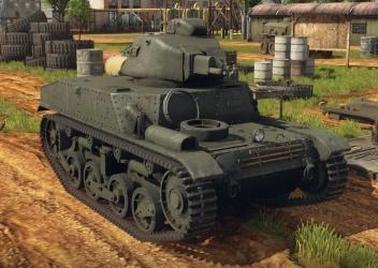 Please welcome our first contestant. The AMC.34 YR is undoubtedly the best tank in the entire tier, far outclassing other tanks that you will spend several hours farming out. With a decent gun compared to other french vehicles, your only chance of taking on any other tanks will be to use this daredevil. With good turret traversion speed and gun elevation, the AMC.34 YR can earn several kills in skilled hands. Once fully upgraded, it will become a thundering godess of the battlefield compared to other french tanks of the same tier, easely cruising around 35 Km/h on flat terrain. Using this tank instead of another BR 1.0 in every battle will give you the best chance at earning more kills than other frenchmen who haven’t yet realized how OP this little beast can be.

It shouldn’t come as a surprise that the next tank on this list is vehicle very similar to the previous one. The AMR 35 ZT3 is the first french TD, and an obvious first pick when choosing what tank to research first. With excellent penetration and a fast (3.9s) reload speed, this TD will become your best friend in escaping the clutcles of tier 1 french vehicles. Unlike other french BR 1.0 vehicles, the AMR 35 can reliably penetrate the side armor of a Pz III and the front of most other reserve tanks (yes, the other tanks can’t even do that). Once you have this researched, the AMR 35 and AMC 34 should be your two main tanks to take in every battle. Chances are that you will still lose more encounters than you’ll win thanks to the superior stats of other nation’s tanks, but at least you will be able to stand a fighting chance with these two babies.

Previously, I have said that the AMR 35 should be your first tank to research. Now I will give you a guide on what order to research your other tanks. 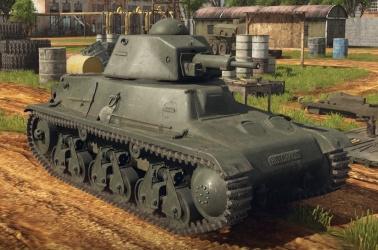 After the AMR 35, the first tank you get should be the H.39. It is a tiny tank that is decently armored and has a gun with similar capabilities as the one in the AMC.34. The tank won’t work any miracles and I can promise you that it is just as bad after 2 hours as it is when you first play with it. Despite all it’s obvious weaknesses, it is still a better tank than the H.35 in most aspects, so you should definetly try to switch as soon as you can.

After the H.39, you might be tempted to try out something new and research the P4T AA SPAA. Don’t. Instead, focus on getting the FCM.36 and the R.39. The first one is a uniquely designed tank that most other guns will have difficulties penetrating from the front, whilst the latter one is an alternate option to the H.39 that depends on your playstyle. While neither of these two tanks are any good at all, in fact they suck really hard, they are still a better option than taking the H.35 or no third tank at all.

What is funny is how any tank you can research in Tier 1 pales in comparison to the AMC.34 YR which is a reserve tank. However, researching these tanks are absolutely necessary if you hope to play some of better french tanks in later tiers.

Now that we have talked about what tanks to use, and in what order to research them, it is imperative that we devote some time talking about the tactics of using french tanks. 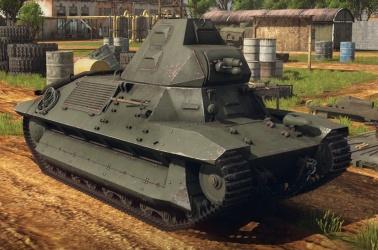 First and foremost, chances are that your currecnt tank is outmanouvered, outgunned and outnumbered by the enemy. Fortunately not all of your allies are as masochistic as you are, and some of them will likely be using tanks from other nations. Stick to them. Your best chances for survival are to follow a Pz III or M2 into battle and hide in their shadow until the time is right to nab a kill or two.

In case you are separated from your team, your life expentancy will take a steep dive. Most french tanks are really small, and can easely hide behind ditches designed for larger tanks to shoot over. Using everything as cover, you should be able to sneak back to your allies, or if you are feeling very lucky, pick off a lonely enemy on the flank. But remember that engaging in an open combat will give an unfair advantage to the enemy’s significantly more advamced tanks. Ambush whenever you can, and stay hidden behind your allies if you wish to survive tier 1 with a sane mind.

More War Thunder Guides: Heavy Tanks Guide. How to Kill Heavies. Taking Advantage of Ash River. How to Melee Fight with Tanks. How to Grind with the AMX-13 (SS.11). How […]

Having trouble with those unstoppable heavy tanks? Well in this guide I will show some tips, info, weakspots and the Heavy tanks themselves! ContentsTier 1 United States America: M3 LeeTier […]