A guide to find the Xeno Cubes.

How to Use Signs

One of the most efficient strategies for finding a sign is to fly outside of the galaxy. Once you do so, you’ll notice a blinking light with an arrow pointing to it. This is Earth. There will be another blinking light with a higher pitch sound than the one on earth. Follow this and it will take you to a sign.

Using signs are pretty easy. Once you find the obelisk, there will be a beam of light coming from it, you’ll want to stand in front of this light. This will pull you into a prerecorded message which will loop until you move away from it.

Once you want to find the next sign, use the Heat Ray to destroy the obelisk. From here you back out of the solar system and repeat this process.

This is located on an arid desert, very close to a star.

Trinary System (3 stars) with a black hole in the center.

The suicide achievement is best to acquire while you are here (and may save you hours of searching). Below is the requirement to do the achievement. Fly into a black hole. thats it.

The Fourth sign is located on an astroid, which is amongst an astroid belt surrounding a black/purple planet. 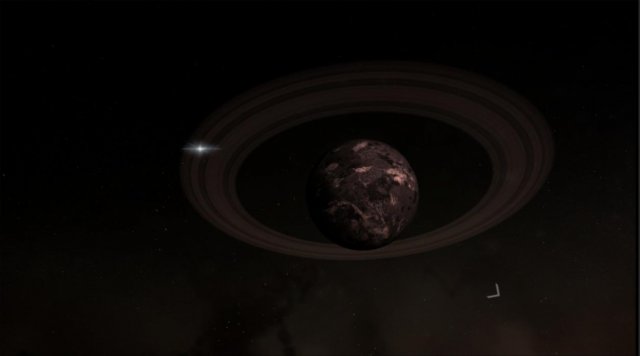 Fifth sign is located on a gas giant, more specifically an astroid floating in the planet.
Planet is covered in black tornadoes as well.

Binary System (2 stars).
Located on a moon of a gas giant.

Located on a very hot planet, close to a star. The system also has a black hole.