Daily Hard difficulty missions proved to be tricky to be finished with S-rank for the best loot.
So this is my attempt to teach working method of achieving it to all players.

You’ll need team of 4 people, 3 just won’t cut it.
All 4 must be at level cap of 25, with good equip and knowledge how to use it.
If one of your friends doesn’t has it – just grind Normal a few times, he’ll get there. No need to drag him into overwhelming fight.

Naturally you can create conference chat for better coordination, but it works even without it, as long as all team member watch each other on map and perform appropriate roles.

There are three roles:

His task is simply keep the spinning up the drill all the time each 30 secinds, even if less than 30 seconds of wave left.

Between spin-ups he can use placed MGs and personal firearms to place a few shots at horde nearby.
Probably the easiest task, only true danger are trackers, they are moving extremely fast and can slip past defenders easily.

His task is to go to side-missions during the waves and along with crates look for rainbow-colored blobs of Iris energy, each of them adds 5K to the Iris amount mined. 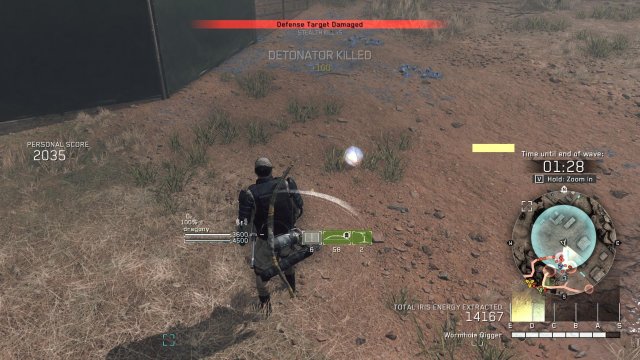 After finishing side-missions he joins defenders.

Two of them fight the horde, using all the gadgets placed inbetween waves, doing their best.
Naturally, this is the hardest and the most dangerous role, better to be taken by the most able to fight head-on team members. 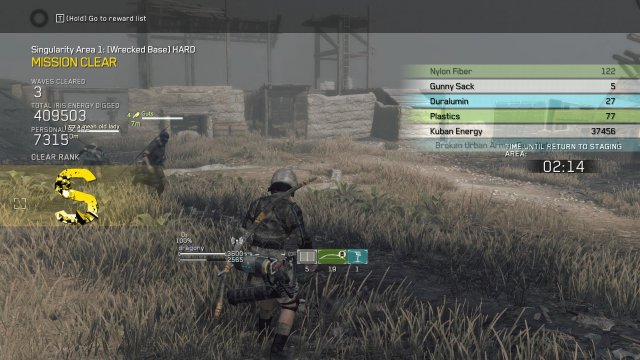 Metal Gear Survive – How to Fix the Zig-Zag Movement

As it happens some of us seem to be having problems with this and since there’s really a ton of questions about it I decided to write this. Intro So […]

How to Uncap FPS If you are like me, then you would like to push more than 60 FPS! To do this go to your Steam User folder. In your […]