How to play Snipe…

Because Roll7 made their game as easy to understand as possible, you probably have some kind of idea what Snipe does.

He Snipes people across the map. If only it were as simple as it sounds though.

Snipe is a good class to counter all of the others, but it’s also the hardest class to play and master.

Let’s break it down a bit.

Snipe’s special ability is a simple but difficult one. You can place down a marker, and for 5 seconds it will remain on the field, dissappearing after 5 seconds has passed, or if you teleport to it.

Much like Shock, Snipe has a special effect happen when a full ability charge has been reached. The marker will float around the player, leaving a trail behind it: 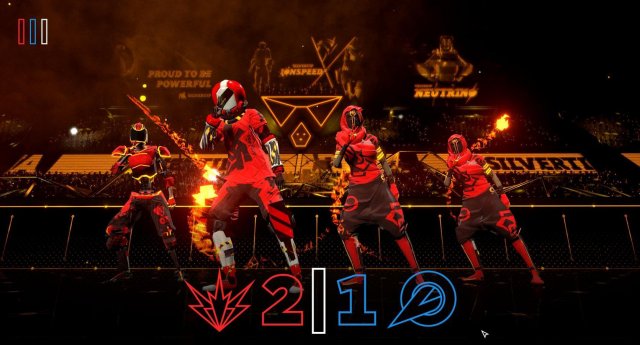 This marker can be placed anywhere on the map and, when used, teleports you through all enemies, allies, and lasers alike. (you do not activate any nodes you teleport through).

There are two different modes to this ability, being Shield and Reflex.

Shield is useful for a very chaotic map layout, while Reflex is more useful for a match still starting, or a layout with less lasers, where your opponents will be less focused on dodging, rather than grabbing nodes.

More experienced and (maybe over) confident players will use reflex to wipe a team.

Choose wisely though, a single snipe can eliminate multiple opponents in one snipe, and can swing the tide of any match into your teams favor.

Small Tips and Tricks to Improve On…

Hands down, the most important skill you will ever need to know about playing Snipe effectively. Wall wrapping itself it important to any class staying alive, but essential to playing Snipe at peak performance.

This is much less a skill, and more of a necessity of playing the game well. Always know what is going on on both sides of the map, both yours, and your opponents.

As Roll7 puts it, make sure your aim is true, and for Snipe, it is especially true. If you can take out one person in an attack, do it. That’s one less person activating nodes and providing support for their team, don’t sit and try to get two in one. You have a special ability for a reason, use it, dont lose it.

4) Everyone knows where you are aiming

The marker you put on the map leaves a trail that is very visible on the map for you, which is useful, for both you, and your opponents. 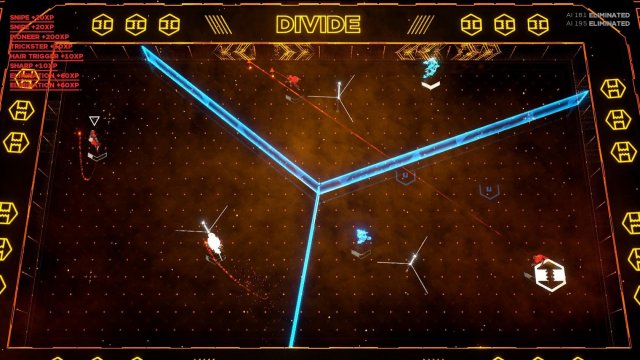 If the other team has a good Snipe on their team, this little line can be as dangerous as an opponent’s laser node.

Just a very easy way to get as many fps as you want in-game. Just have to modify the right .ini file! How to Unlock Your FPS Just go to […]

Laser League – How to Ghost

A simple tutorial on how to play Ghost effectively. ContentsGhostThe Basics on not DyingAbilitiesSmall (But Useful) Little Mistakes / Tips Ghost Ghost is (in my opinion) the most important class […]

What is Blade and How Does it Work? Blade is a lethal class that insta-kills on ability contact and has modifiers affecting uptime and reward potential. Hunter Hunter lowers the […]