If you are new to mech building or are simply looking for better methods, I’d like to think this guide would help you with your troubles. Here I will be going over weapons, data load, stats, and last but not least, your actual mech. From scratch I say again, no presets unless that’s your thing.

Start with the Weapons

Start by making your weapons first. Not only will it be better to manage the data load of your mech, but it will give you the basic idea of your mech’s playstyle right off the bat. Here’s a short weapon making tutorial. 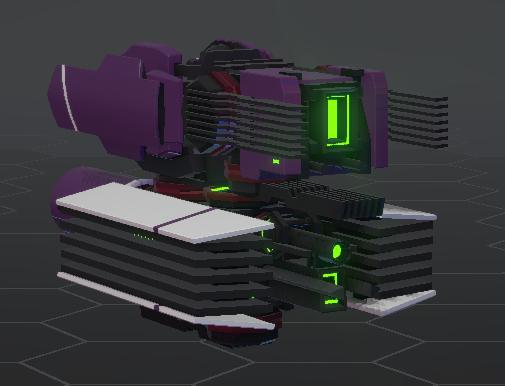 The RIFLE is a more powerful, but slower firing weapon; these are used to “break” (blow up) your opponent in a shorter period of time. Stocking up on high damage Amplifiers is a good idea here. 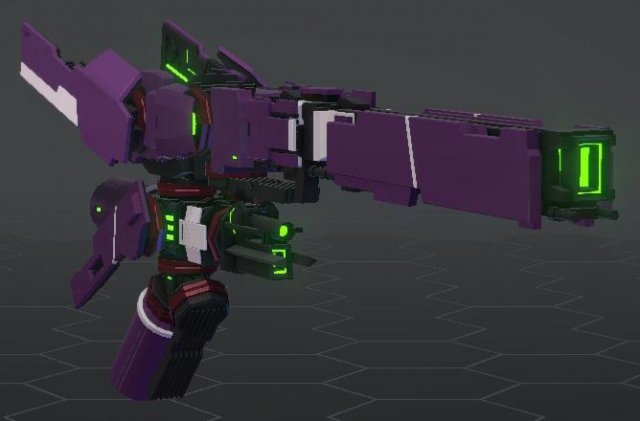 The CANNON is probably one of the most powerful weapon types in the game. These are made with the goal of maximizing damage output, using large amounts of Amplifiers to accomplish this goal. 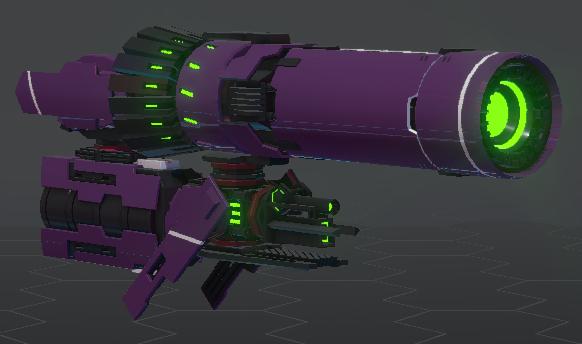 The SNIPER is a variation of the RIFLE that, paired with its slow firing speed, has increased shot speed (bullet speed). This weapon is made with the goal of guaranteed damage on an opponent.

The TRAP GUN is created by attaching one of the two Trap Amplifiers to your emitter. It fires large hazards behind you to slow down your opponents. High speed mechs that are in the lead will find this weapon type useful. 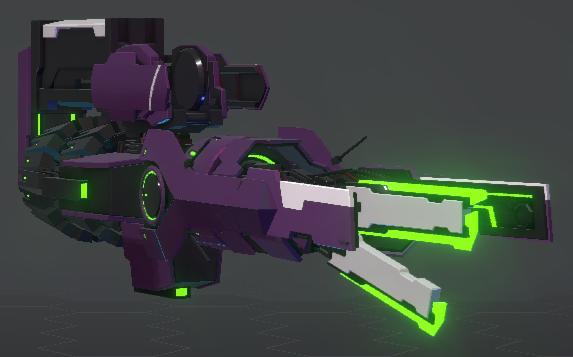 The BLADE is created by attaching one of the two Blade Amplifiers to your emitter. Instead of firing a projectile, a close range melee weapon is conjured and swung in front of you in a large sweep. While these are incredibly difficult to use, their damage output is worth it if you can get the timing right.

If you add energy capacity to your weapon, the weapon will burst fire, meaning it will fire a certain amount of shots in quick succession before shooting at its normal speed.

In the first few Grades (EXP Levels) of the game, you won’t have access to some of the parts shown in the pictures, or even weapon classes; you will have to improvise with what you have.

Data load in this game can be thought of as weight, and how much stuff you can put on your mech. While increasing data load allows you to place more parts and increase more stats, during an actual race, your mech will drift while turning, which can take some getting used to, and makes it difficult when racing.
To counteract this, based on how you want your mech to race, you should find a maximum data load, or restriction on your data load so you can get the perfect stats on your mech. Under the Thruster tab, there are parts that increase the Maximum Data Load stat. Here are some general data load classes to get you started, but as you get more experienced, this will become much easier.

I am going to make an example for the sake of this guide; let’s say I wanted to make a mech with wings. Below is an image of the basic frame of the wings. 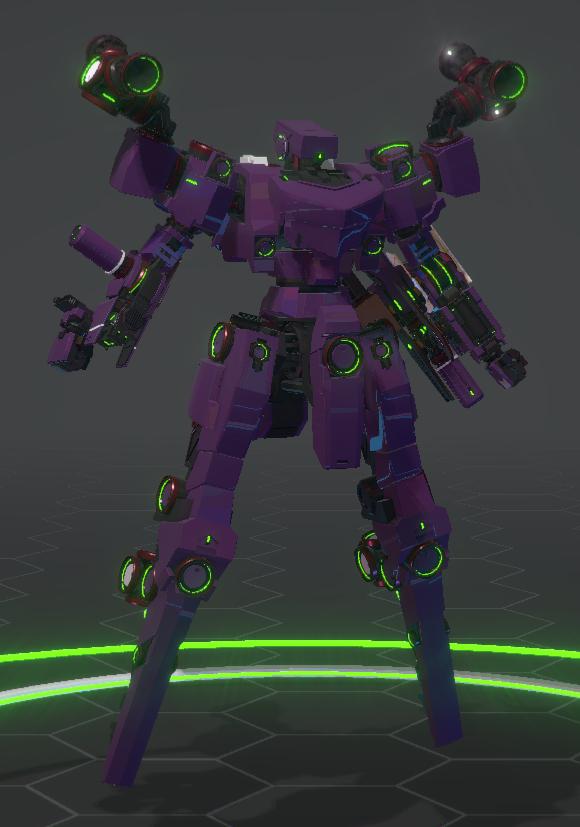 It may not look too hot now, but as I add stat pieces to cover the joints the mech’s wings will start to take shape.

In the description of some joints, it is described that they allow you to configure the angle of the joint (bend/move the joint) by using the right mouse-button. When you right-click the joint, a UI similar or exactly like this one will appear. 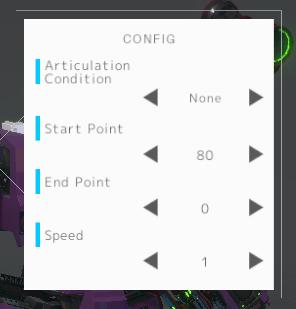 Now, let us go over what all this stuff means; there appears to be 4 stats to this animation.

The first, called Articulation Condition refers to the condition at which the animation occurs. By pressing the left and right arrows, you can change the condition for the animation, whether it be boosting, override, or even braking.

The third is labeled End Point. As you may have guessed, this refers to the ending position of the joint. Pressing the arrows won’t visually change the position, but when the condition for your joint is met, the joint will change from the Start Point position to the End Point position.

The fourth and final stat is labeled Speed. This is concerning the Speed at which the joint changes its position from the Start Point to the End Point.

So let me say I edited these joints so they bent under the condition the mech is boosting. How can I test this?

If you press Tab, then B, at the top of the screen a UI should appear with a very large amount of buttons which may or may not look exactly like the one shown in the image below.

This UI is pretty self explanatory; any button under Animation Preview will preview the animation described for the button. Any button under Pose Preview will change the pose of the mech to the pose described (the numbers refer to poses that aren’t initiated by the player; they are poses that appear when winning the race that can be changed in the Pose menu in the garage).

Now that all the framework is done, now comes the easy part; BUILD YOUR ACTUAL MECH. Make sure your mech matches the appropriate playstyle you are wanting, whether it be someone who takes the lead quickly, or stays in the back and shoots those in the front from afar. There isn’t much I can offer here in knowledge, besides being creative with color choice and animation to make your dream racing mech. Below are some images of finished mechs that utilize animation. 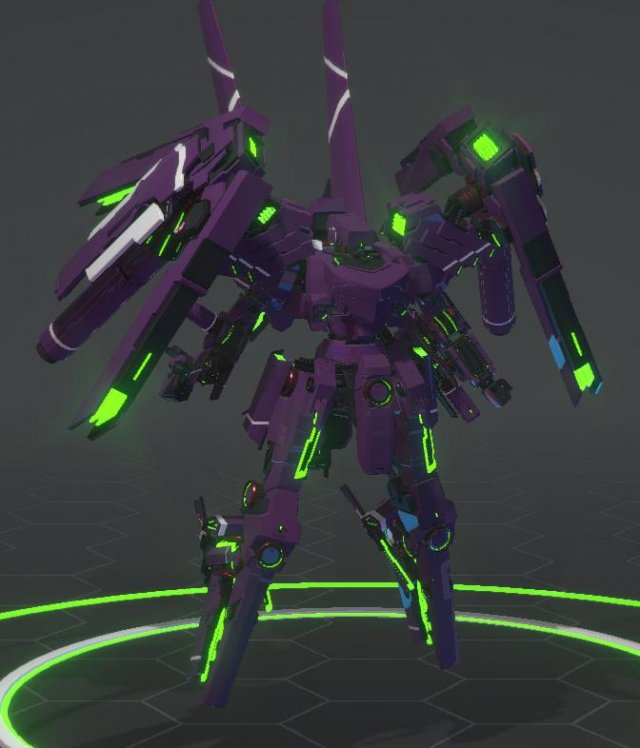 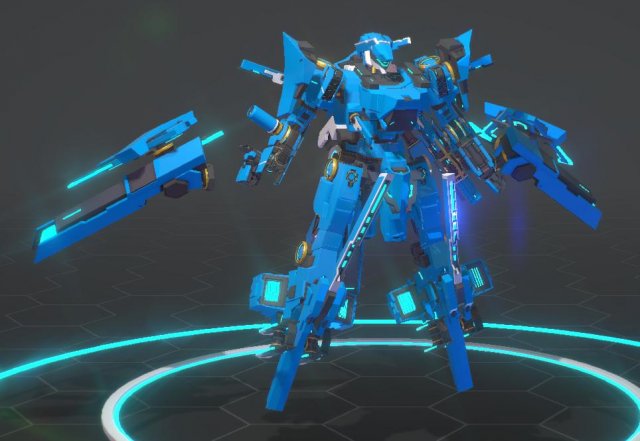 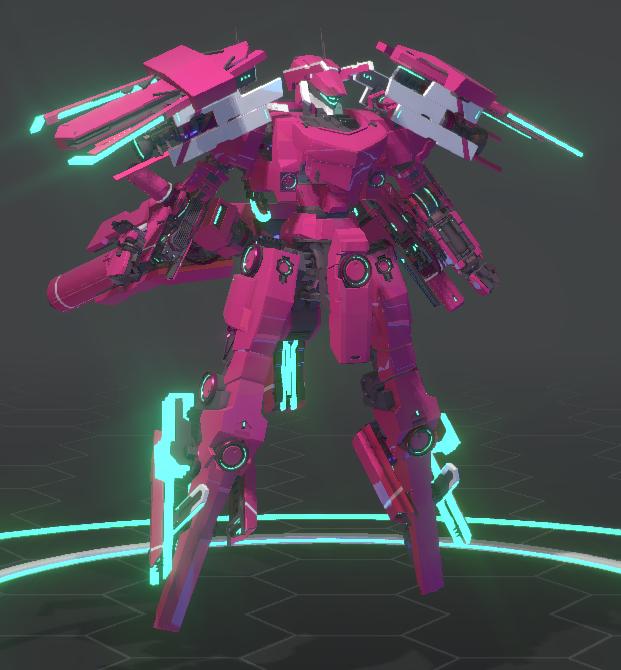