This’ll show you how to deal with the wizard, and describe him as thoroughly as possible (with the small amount of information we have).

He’s a tricky one alright, he can cast spells willy nilly.

He floats around with his ruined biohazard-bodybag-rags looking like a wizard, in fact, you’ll probably know him as that if you didn’t know his name.

Still, he’s extremely annoying, and if you don’t get rid of him first, you chances of survival will steadily drop lower!

He’s actually a pretty chill dude, so he tends to stay away from battle, moving away rather than toward. Hesummons grunts for certain, and you can identify his zombonies by the rings of saturn they’ve got around them. He keeps bringing these bad boys downtown, so take care not to waste all of your time shooting his cronies. 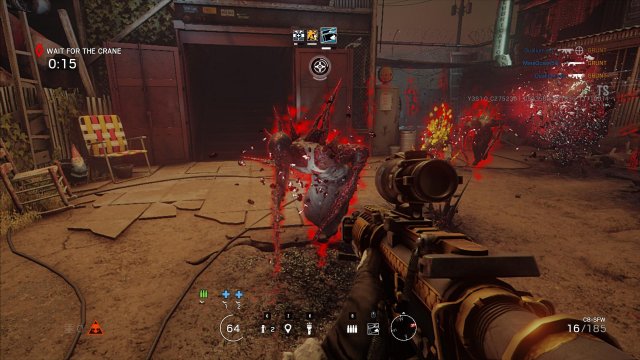 He also throws a ball of melted raisins at you, or something similar. Though rasins is much more lore friendly.

Right, so you know you can’t juke for your life, and you come to me and ask “Hey man, how badly will I get destroyed right now?”
Answer: pretty bad if you let him live for too long.

Him VS You (Normie Difficulty)

Him VS You (Pandemic)

Note – I believe the close-ranged attack also knock you back, correct me if it’s a seperate one.

How to kill this sucker

Now that you realize you probably won’t make it because he keeps on summoning his pals, you’ll want to pop a cap in him.
Sorry to say this, but he’s got a very large pool of health, and he constantly moves away and behind cover, so it’s pretty hard to kill him. Headshots are very good.

I’m a very experienced Ela main in Rainbow Six Siege. Starting in Operation Blood Orchid when she was released, I have primarily played her as my main and have the […]

These are some strong Mira window positions that have seen a lot of use since Villa launched. Contents2F Aviator Room / Games Room2F Trophy Room / Statuary Room1F Living Room […]

Are you a sound ♥♥♥? You disgusting individual… So am I! Here is everything destructible that makes noise on Emerald Plains! We together can mute Emerald Plains! Pay close attention […]