This is a guide detailing the mechanics of the Salt Mines, including where they are, how they work, and some of the nuances behind them.

Where Can I Find the Salt Mines? 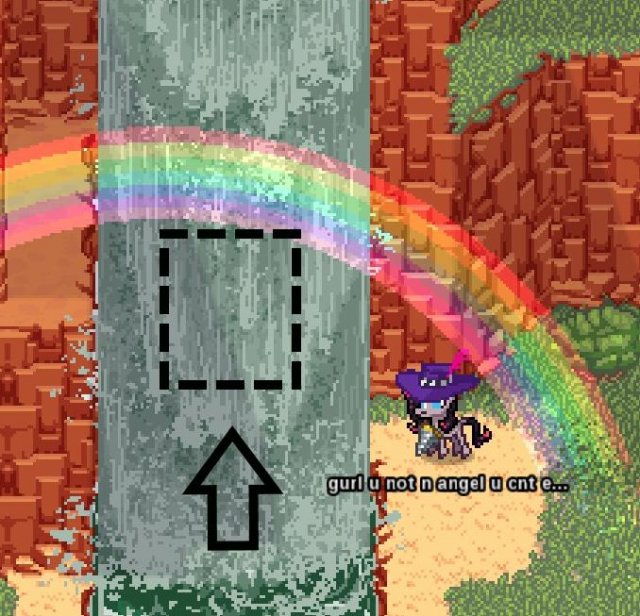 Towards the western side of the lobby will be a waterfall with a small path behind it. Walk behind the waterfall, then up–you’ll enter a hidden cave that contains the entrance to the Salt Mines. 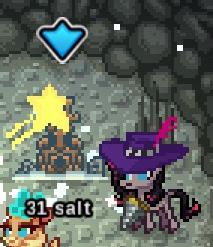 What are the Salt Mines?

The Salt Mines are a “dungeon” of sorts where you can explore, battle against AI-controlled opponents, and find treasure chests that will reward you with salt, apples, and–most importantly–cosmetic items for your Pixel Lobby avatar.

Inside the Salt Mines, you will have a limited amount of health to work with as you traverse the mines (one full health bar). Any damage you take from battles against the AI will take from this health bar and persist between fights. Once you are defeated, you are ejected from the mines, lose a bit of salt, and will have to re-enter to continue exploring.

What Types of Enemies Are There?

Predators have two appearances: one being a sort of shadowy beast, and the other being that of a playable character (e.g. Arizona, Velvet, etc.). If a Predator takes the form of a playable character when they touch you, you will fight the character they resemble (i.e. if Velvet touches you, you will fight a Velvet). If a Predator appears as a shadowy beast, they can be one of four different enemies when you fight them:

How Do Treasure Chests Work?

Within the mines, there will be various treasure chests lying on the ground. Some of these chests will not cost salt to open whereas others will. Their contents can be guessed at based on their salt cost, and generally follow as such:

Each player does not see their own set of chests. Every player sees the same set of chests wherever they appear. However, each chest can only be opened by one player (save for cosmetic chests, which can technically be interacted with by two players at once). The contents in chests are never shared with others. New chests also only appear when the difficulty of the mines levels up–new chests will not spawn in over time.

How Does the Difficulty in the Mines Work?

At the top right of your screen, you can see the current difficulty of the mines as an alliterative name with a bar underneath it. This bar fills up incrementally as players defeat Predators. The amount of Predators required to be defeated in order to level up the mines is listed underneath this bar. Both “beast” Predators and “character” Predators count as 1 “point” towards the next level. When the bar fills up, the difficulty inside the mines advances to the next level, and the treasure chests in the mines reset (i.e. any remaining chests vanish and a new set of chests spawn in). The level of the mines are titled as such:

The effects of increasing the difficulty in the mines (aside from refreshing chests) are that Predators start with more health during fights, their AI is improved, they spawn at a greater frequency, and a larger percentage of them will spawn as “character” Predators instead of “beast” Predators. Both their and your own damage output are not affected.

After the 7th level, players may continue to level up the mines, but doing so will not advance the difficulty past “AAAAAAAAAAAAAAAA”. Predators will not grow past their level 7 strength. Leveling up the difficulty beyond this point will simply refresh the chests inside of the mines.