A comprehensive guide to buildings in Battlezone: Combat Commander. 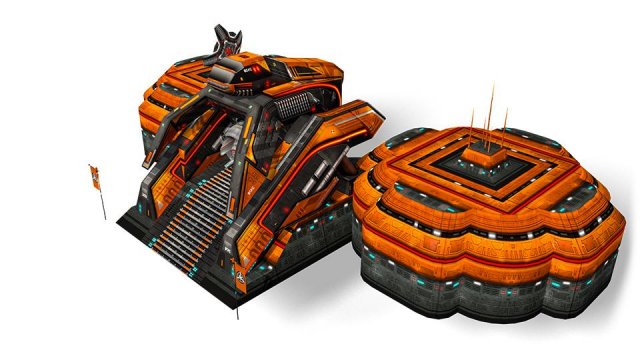 The Recycler is a crucial element to any ISDF base. It is responsible for building the following units: Scouts, Turrets, Scavengers, Tugs, Service Trucks and Constructors.

Service Pods can also be created by Recyclers. Any damage to your units can be fully or partially resolved by manually driving over the pods or by remotely guiding vehicles to them. Once an Armoury has been contructed units become customisable via the console within the Recycler. 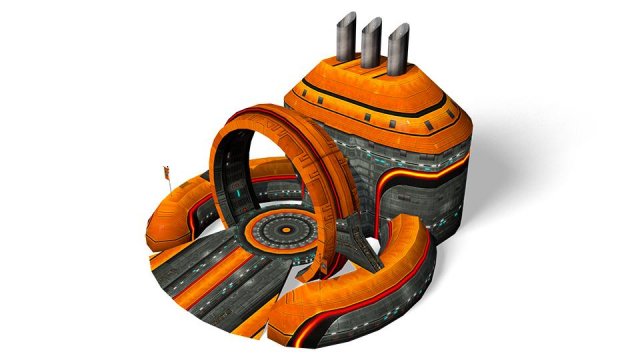 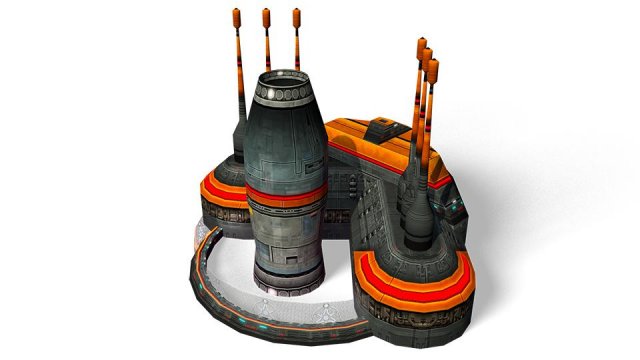 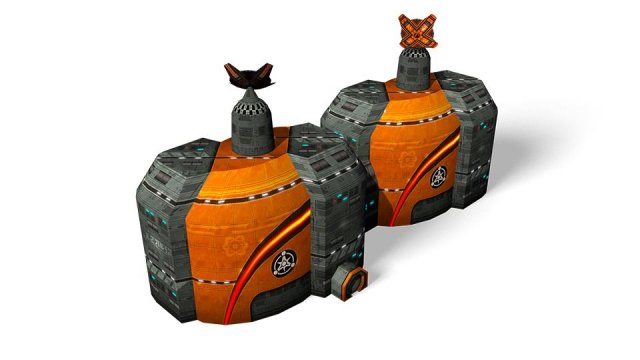 Atilla Walkers are the ISDF’s most powerful unit. In order to have one at your disposal you must have a Tech Centre installed. Having one in your base allows for advanced unit designs. 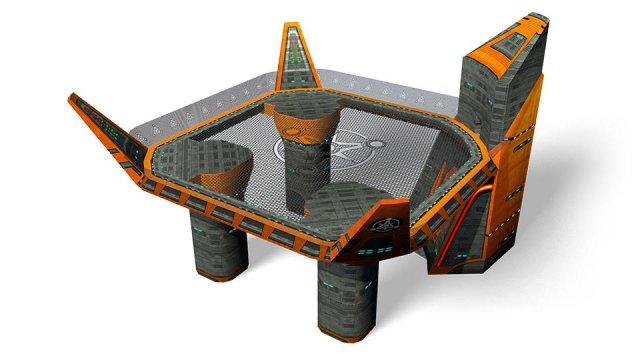 When in need for long-range strikes against your enemy, the Bomber Bay allows for the constriction of a single Bomber. The only unit that can engage the Bombers are Scion Archers and ISDF Rocket Tanks. 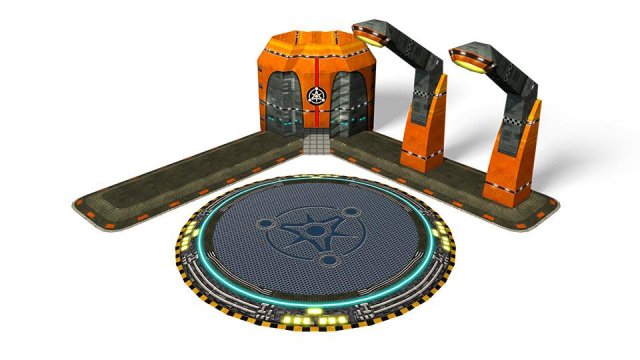 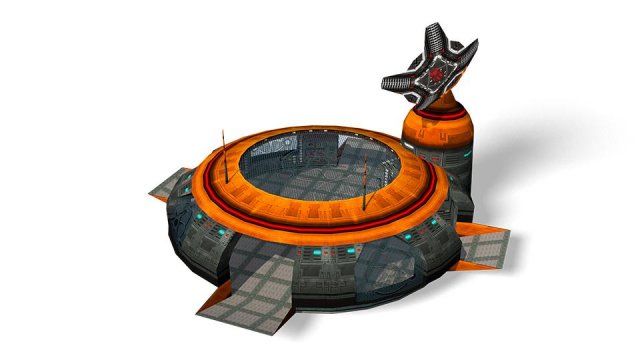 Unique to the ISDF are Relay Bunkers. Unlike other structures they can be built anywhere on level ground rather than adjacent to other building. In order to defend these structures, Gun Towers can be erected nearby. To access satellite view point at the console within and press spacebar. 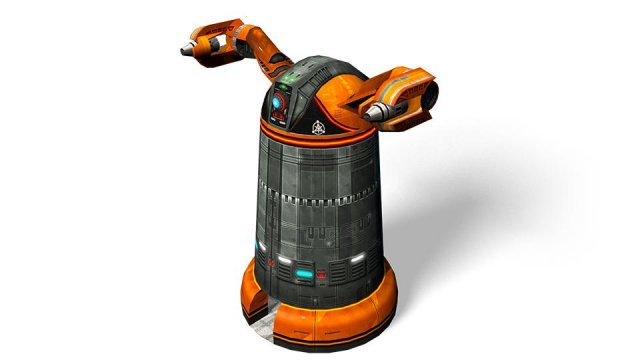 The best general defense unit at your disposal is the Gun Tower. Enemy units within range will be attacked as long as they have access to power. The console inside allows for direct control of the tower. Similarly to vehicles you can exit the Gun Tower by pressing the Hop Out key. 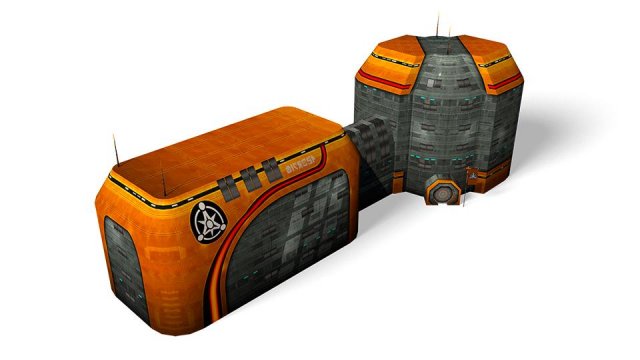 The Training Centre provides unoccupied vehicles with pilots. If a Tug places a vehicle near the Training Centre, the extra pilots contained within will exit the centre and occupy the unit nearby.

The console within yout Factory, Kiln, Forge and Recycler can be accessed once an Armoury or Stronghold is built. The unit created by these structures can then be customised. The console inside the Recycler can be utilised in order to switch to alternate weapons from the stock weapons normally associated with that unit. Units will be created with the modifications specified in future with the additional fixed cost over the value of the stock unit. In order to reset any of the modifications made to any of your units, the console needs to be reselected, the unit previously modified highlighted, and default selected. The original configuration with be returned as well as the initial cost.

The ISDF Constructor and the Scion Builder are responsible for the upgrade of certain buildings. In order to increase the speed at which their capacity is filled both factions Scavengers require an upgrade.

There are specific Scion building that can be upgraded such as the Scion Antenna Mound to an Overseer Array and the Scion Kiln to a Forge. Additonal scrap is required for the building upgrade.

Selecting the command Upgrade on your ISDF Constructor or your Scion Builder will allow one to upgrade buildings. A list of buildings will now be shown on the unit’s Command menu that can be upgraded within your radars range. In order to upgrade the building, one needs to press the key corresponding to the appropriate building. As an alternative, pressing the Upgrade key when it is pointed at a specific structure then pressing spacebar, also allows for an upgrade to occur.

Buildings can start being created once Recyclers have been deployed and scrap has been cultivated. Both factions have similar units that can be utilised in order to produce buildings. In the instance one is using the ISDF the Constructor creates buildings whereas for Scion it is the Builder. The command to enable construction is build and upgrade for both factions.

If enough scrap has been cultivated the Constructor can be ordered to build a building. This is also very much dependent on sufficient power being available as well as any prerequisite building having been built. An example of this would be having 50 scrap and a Factory in order to build a Service Bay.

Flat areas on the ground are required in order to construct buildings. Buildings must be placed adjacent to another buildings on the player’s team in the case of the ISDF (this is with exception of Gun Towers and Relay Bunkers). For Scion buildings can be constrcted on any level piece of terrain.

ISDF buildings use Power Generators. For every Power Generator built three buildings will benefit from that power source. In the top left had corner of your screen you will see the power display which highlight the number of structures left to create that will benefit from the power sources built. A negative number, as a result of destoyed power generators, will indicate buildings that are now non functioning. ISDF buildings suffer from total power failure as a collective rather than individual structures like the Scion.

Particular units are only available to be constructed once they have met certain structural prerequisits. An example of this could be the creation of Mortar bikes only being possible by having both a Factory and an Armoury. In some cases two buildings are required before a unit can be made.

At times other buildings are needed before specific buildings can be built. An example of this might be the inability to order your Constructor to build an Armoury without having a Factory present. A Factory must preceed and Armouy in order for this to be possible.

A building that has been upgraded will require the original stock building as a prerequisite. An example of this might be an upgraded Scavenger requiring the initial non upgraded Scavenger to have been deployed first. A Kiln is required before a Scion Forge can be developed as the upgrading process involves a Kiln being converted to a Forge. An Antenna Mound is required for a Scion Overseer Array.

Within most player-created buildings there is a console. Similarly when approaching friendly unit a line is drawn to highlight access to that particualr vehicle or building, when near a console a line in your interface indicates that it can be selected. It can be selected by pressiung the spacebar button as with other friendly units.

A special interface is entered when the console is selected which is specific to the contruct highlighted. For each inteface selected a unique interface appears that allows for specific functions to be performed during the campaign.

A top ten tips guide to Battlezone: Combat Commander. 10 Key Strategies for Survival 1. Keep spending! Letting the income of scrap come to a halt can be detrimental as […]