A detailed world map for The Signal from Tölva showing all Artifact Signals, all 37 Snooper Parcels, the exact locations of Resource items, and even several places of confirmed “Ghost” sightings. Additionally secret areas and how to reach them are marked on the map. And a few other nifty tips have been added, like the locations of all “Spiders”. All this should help when trying to collect the Steam achievements. 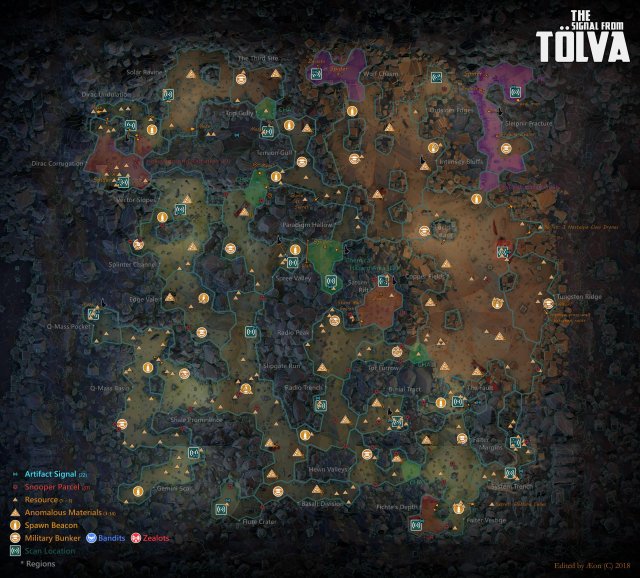 A detailed map for The Signal from Tolva Polar Region (from the free expansion patch) showing Artifact Signals, Snooper Parcels, the exact locations of Resource items. Additionally a secret area […]

The Signal From Tolva – Squad Tactics

Basics While surveyor bots are not your allies, they are crucial allies. They hate everybody you do and can even operate independent of you. They can come running to your […]