One of the beauties of the Elder Scrolls universe is you can be any race you want if you wish to delve into the arcane arts, however, there are a 3 races of the 10 available races to play as that have a key advantage in learning magic as well as potency of their magic and have a spell already learned in their spell list giving them a quick start.

High Elf (Altmer) – High elves are the most efficient race of all races in the arcane arts because of their elven blood making them have 150 magicka compared to the usual 100 magicka every race has giving them an advantage in most magicka capacity, on top of that they have a great power called “Highborn” in which once a day they can regenerate magicka faster for 60 seconds.

High Elves also have skill bonuses of +5 (Level 20) in Alteration, Cojuration, Destruction, Enchanting, and Restoration as well as a +10 (Level 25) in Illusion. They also automatically start with two spells all other races possess (Flames and Healing) with a third spell, Fury.

Breton (Manmer) – Bretons are the hybrid race of Man and Elf, however their race has become more Man throughout their evolution, they still retain their innate elven blood which makes them have boosts to their magicka making them the most efficent race of Men. Their mixed blood of Men and Elves give them a 25% resistance to magic, and they have a great power called “Dragonskin” in which once a day they can absorb 50% of magicka from hostile spells for 60 seconds.

Bretons also have skill bonuses of +5 (20) in Alchemy, Alteration, Illusion, Restoration, and Speech as well as a +10 (25) in Conjuration. They also automatically start with two spells all other races possess, and a third spell, Conjure Familiar.

Dark Elf (Dunmer) – Dark Elves are very efficent in the destruction school of magic as well as their Dunmer blood gives them a 50% resistance to fire (which is very useful for becoming a vampire as vampires have a 50% weakness to fire and Dark Elves negate the effect). Dark Elves also have a great power called “Ancestor’s Wrath” in which once a day for 60 seconds enemies that get too close will take 8 points per second of fire damage.

Dark Elves also have skill bonuses of +5 (20) in Alchemy, Alteration, Illusion, Light Armour, and Sneak as well as +10 (25) in Destruction. They also automatically start with the two spells all other races possess, and a third spell, Sparks.

When you level up you have a choice to expand your Magicka, Health, or Stamina capacity, obviously you would want to make expanding your magicka a priority however it is helpful to expand on your health once in a while, expanding stamina is optional but it is useful for expanding your carry weight and thus carry more stuff.

There are a set of skills you must focus on in order to become a powerful mage.

There are five schools of magic in Skyrim your character can improve on each with their own uses:

And there are two extra skills based on magic:

You can improve your skills by simply using spells/ingredients/enchanting table or pay for certain NPC’s to train you in that certain skill.

You can put points in whatever skills you want but in order to excell as a mage you must atleast have points in the Novice/Apprentice/Adept/Expert/Master perks in all schools of magic because they half the magicka required to use the spells.

This is where you can mostly do whatever you want with magic, use any spells you wish and experiment with the different spells to see which school of magic you like and get used to know what resources you have to make a stratergy to go against enemies. 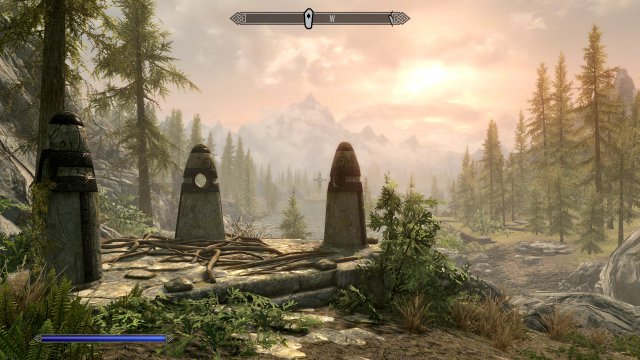 Right after leaving your first dungeon out of Helgen, you will find a nearby trio of standing stones named, The Warrior, The Thief, and The Mage. Each giving a 20% bonus to levelling in their respective skill sets, and of course you will need to select The Mage standing stone. 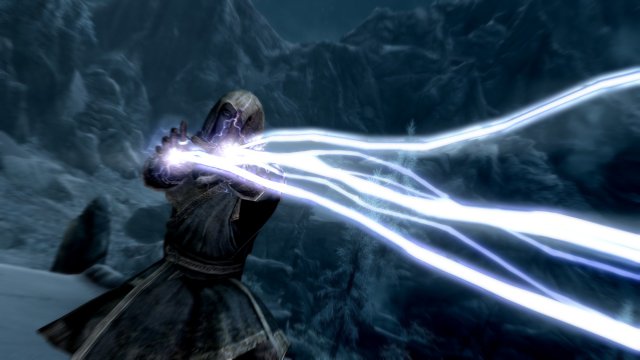 When in combat you would have to focus on destruction to attacl offensively and deal the most damage. You can also use conjuration to summon weapons if you fear you will not have enough magicka for the fight, or conjure atronachs that can help in battle distracting enemies at bay, you can also use restoration to heal yourself during battle and use wards to defend yourself against other mages or dragons.

It is advised that you have a backup weapon of a dagger, sword, staff, or bow, or all due to the fact during the first few levels magicka will be low and so you use up magicka really fast on top of the fact no matter how much magicka you have you can eventually run out of magicka mid-battle so it is very helpful in having a backup weapon to attack.

Hey everyone, In this guide I’ll present you a few helpful tricks that you might/might not know on Skyrim, I tried to base this guide on my game experience (there […]

The Elder Scrolls V: Skyrim – How To Divorce Your Wife

Skyrim does not allow any divorce option so in this guide we will show you how to do that without using mods or killing your spouse. Just some console commands. […]

A detailed guide on becoming a Child of the Moon as well as what abilities lycanthropy grants your character. ContentsBecoming a WerewolfPowers and Abilities in Human FormRing Of HircineThe Rings […]