This guide goes over the new missions and mechanics in SpyParty’s Intermediate mode. Once the Sniper starts winning most of the time, you’re ready to switch to Intermediate Mode. Intermediate Mode can be accessed by the little drop down arrow next to the map selection.

The first thing you will notice is that the mission setup now says something like “Any 3 of 4.” This is the mission loadout. In the simplified rule set, you were playing “Known 4.” This means that the Spy has to do 4 missions and the Sniper knows exactly which 4 missions the Spy is attempting to accomplish. In “Any 3 of 4”, the Spy has 4 missions available, but only needs to accomplish 3 of them to win. The Sniper does not know which 3 they are going to be. In fact, the Spy does not need to declare which missions they want to do, instead they can accomplish missions opportunistically as they come up at the party. Most intermediate games use this sort of setup. 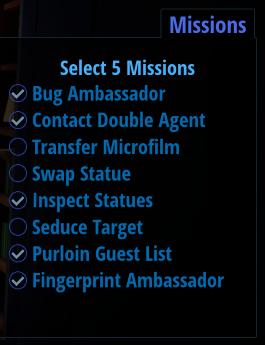 It is also possible for the number of available missions to be fewer than the amount of missions on the map. For example, on Ballroom, there are 8 missions, but you might be playing “Any 3 of 4.” Before the game begins, the Spy player must unselect missions to bring the total available to 4. In other words, the Spy must declare (before the game begins) several missions that they will NOT do. This is done on the Spy setup screen by unchecking missions on the right-hand side of the screen. The Sniper player will have the unchecked missions crossed off in their list.

Spy Tip: If there is a group of three statues, the Spy can complete 3 inspections in one go by picking up the middle statue.

Sniper Tip: People picking up center statues might be up to no good! 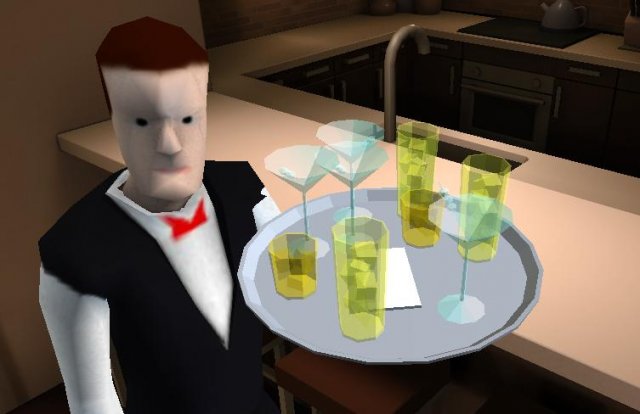 Toby, the waiter, has a guest list on his drink tray. To purloin (or steal) the guest list, you can call Toby over to give you a drink. When he is offering you a drink, you have the option of purloining the guest list. As you take a drink, the guest list will disappear. The sniper can see if the list is on the tray or not.

Spy Tip: Think about the angles that the Sniper will have on the guest list. Choose your moment carefully.

Sniper Tip: The list can be hard to see on some maps, depending on Toby’s position. Remember you can re-angle yourself to get a better view! 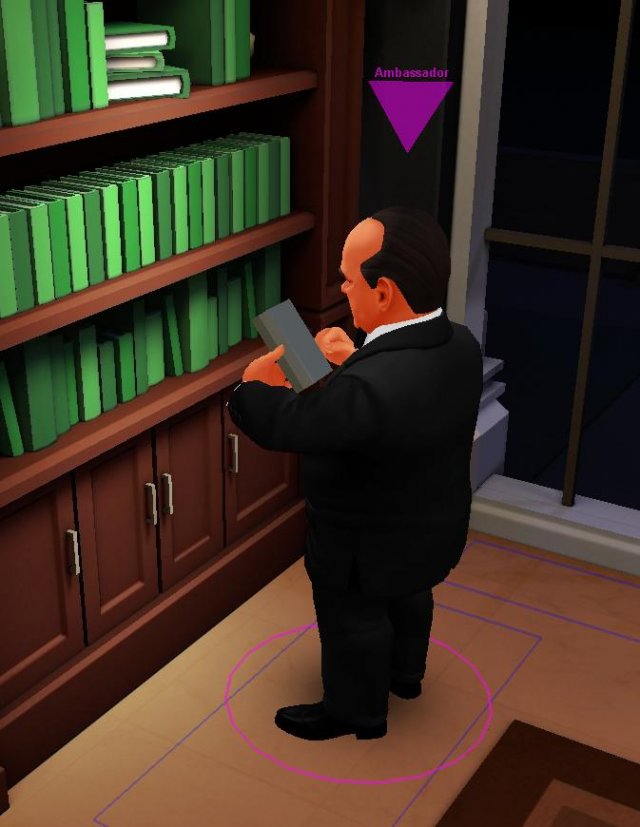 Spy Tip: Keep in mind where the Ambassador is at all times.

Sniper Tip: Well, it’s the same: keep an eye on what the Ambassador is doing. 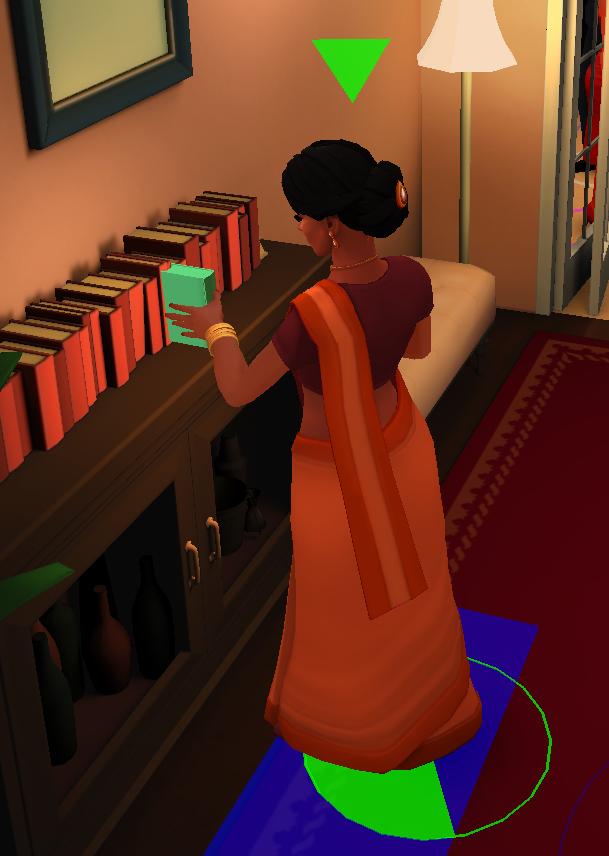 The last new mission is transferring the microfilm. On maps with this mission, there are multiple bookcases, each with its own color. To accomplish this mission, simply take a book from a bookcase and return it to a different bookcase. For example, on Ballroom, you can take a book from the green bookcase and put it back in the blue one. You can also take from the blue and put back in the green. The important thing is that you put the book back in the “wrong” place.

Spy Tip: Holding a book can help shed suspicion (see the below note on holding things).

Sniper Tip: Try and remember where books came from. AIs will always put the book back in the correct location.

A Note About Pub / Moderne 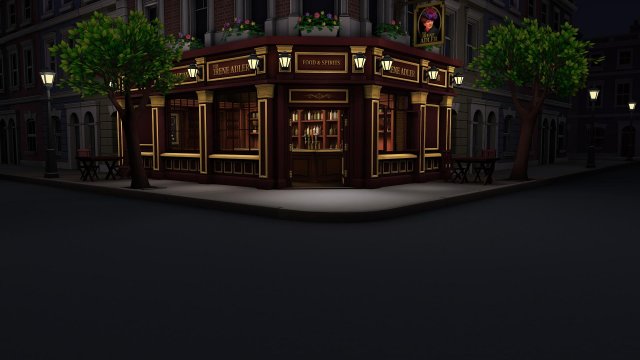 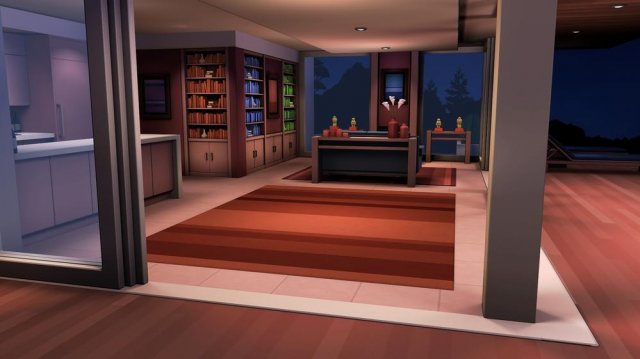 Pub and Moderne are slightly special: purloining the guest list works completely differently on these maps. Instead of having a drink tray and walking around serving guests, Toby is stationed behind the bar taking drink orders. To purloin on this map, go up to the bar and ask for a drink. When Toby serves you, he will place the guest list right next to the drink. When taking the drink, you will have the option to take the list as well.

A Note About Holding Things 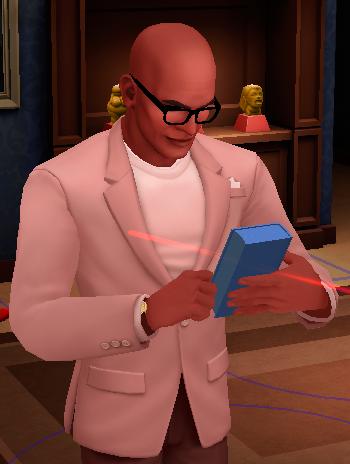 Over the course of the game, it is possible to walk around the party while holding objects, such as books and drinks. While you are holding something, it limits the things you can do. For example, while you are holding a drink or a book, you can not visit statues or pick up another object. Keep this in mind! Drinks will have 3 sips before they are finished, but Spies have the option to “gulp” the drink, which will finish it immediately. It is also possible to start the game holding a drink; in that case, the drink will have only one sip left.

Tips for Getting Better

You’re now ready. This guide will teach you all the remaining mechanics in SpyParty so you will be able to explore the full depth of the game. ContentsAction TestsSwap Statue […]