You want some of those sweet, sweet credits? These methods will ensure you will get plenty, using both free and paid methods.

This is the earliest method you can do for credit grinding. Once you reach Guro Station, there’s an option in the crafting station in the “Special Ops” tab that allows you to craft 3 scavenger’s gold treasure chests per day (This can only be done 3 times per day per account, so you cannot do this with multiple characters).

You are guaranteed at least 1 Malek Crystal per chest which is worth 300,000 credits. You can potentially earn more than 1, but it’s very unlikely. So if you craft all 3, you can get 900,000 minimum daily. 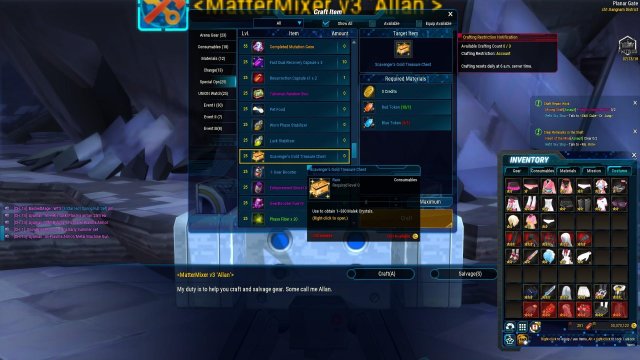 If you happen to have a surplus of red tokens, because you can earn at least 7 red tokens per day, you can instead craft a bunch of Special Ops Auto Clear tickets under the “UNION Watch” tab. It costs 2 lucky phase tokens to make 5 tickets. Using these in special ops sectors will automatically clear it without you having to play it yourself. This counts towards your blue token progress. However, keep in mind you will not earn red tokens doing this method.

This method does not work on Dimensional Dopplegangers, Hall of Dragons, or Endless Elevator. 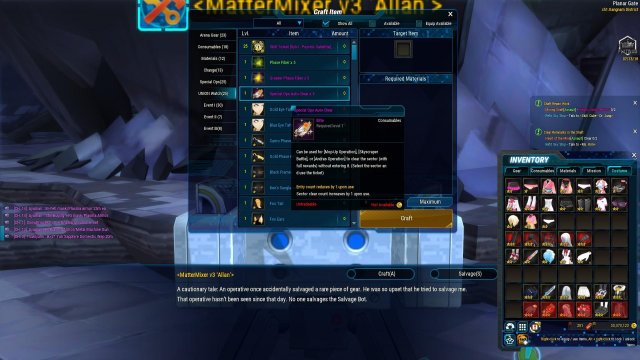 There’s a quest you get in Guro Station called “Special Ops Support” from Commander Song or Trainer. When you do it the first time around, you just need to get 2 Clearance Coins, which is earned by clearing any operation except Dopplegangers and Endless Elevator. The reward will be some red and blue tokens initially, but once you repeat the quest, you then need 5 coins. When you have 5, talk to Song or Trainer in Guro and they’ll give you a scavenger’s gold chest. This quest is infinitely repetable, so you can potentially do this quest 2 times per day if you’re able to clear all applicable areas without fail. 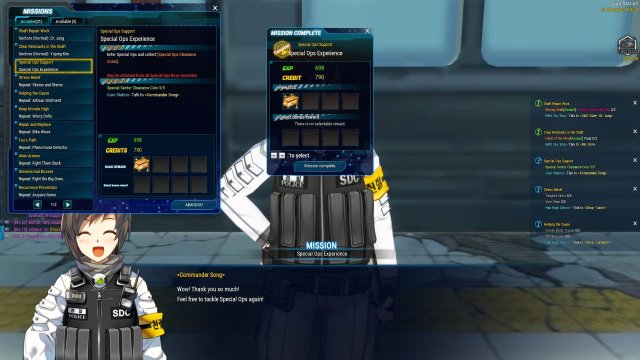 The Hall of Dragons is unlocked at level 50, and has you surviving 10 waves of enemies. If you clear wave 7, you are guaranteed a Malek Crystal. Keep in mind that you cannot use ressurection capsules in this level, so if you die, you can’t move on.

Also, if you clear Wave 6, you’ll get a successful endeavors loot box which can potentially get you an Enhancement boost II, which is worth about 1.5m on the Black market.

You will not earn a Clearance Coin unless you complete all 10 waves. 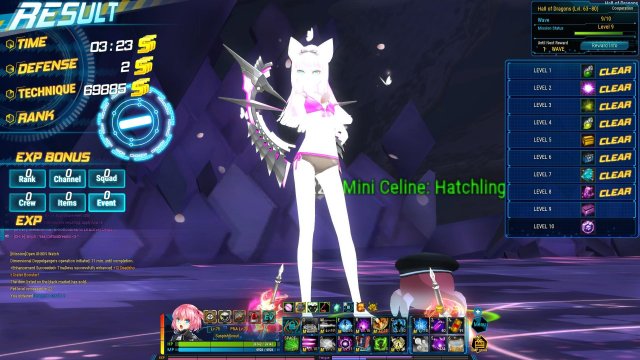 Dopplegangers’ stages change every day, and on some days, some statues may be up for grabs, or there will be enemies that drop Scavenger chests which could contain anywhere from an Alien Silver Coin to Gold Malek Statue (10,000-100,000). The level itself also gives a fair amount of credits just from clearing the stage so it’d be in your best interest to try to do dopplegangers every day. 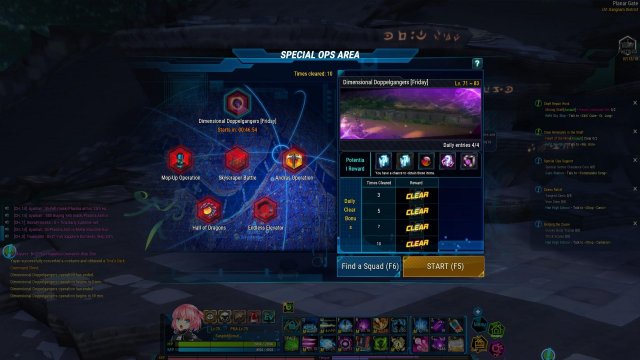 If you clear any special ops sector 10 times, you have a chance at earning a mini washing machine, which is the same as rolling from Bitna. This gives you a chance of earning a valuable item you can sell on the black market for credits. Or, you might get an Enhancement Boost II or Enhancement Fortifier which is also valuable on the Black Market. 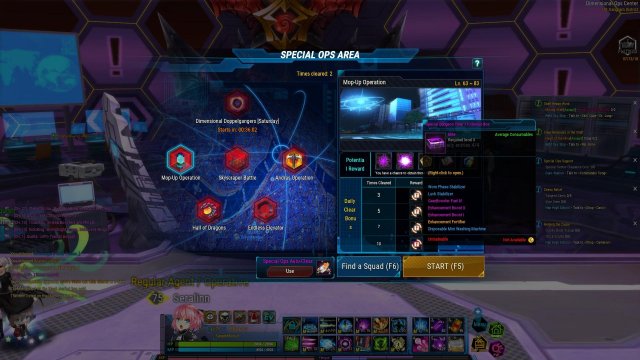 This won’t net you a whole lot of credits, but completing explorations in housing will give credits for no effort every day, so it’s good to do them. You also should make the additional reward value as high as possible for more credits. 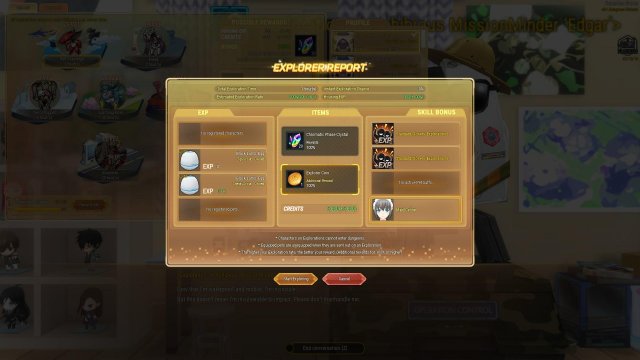 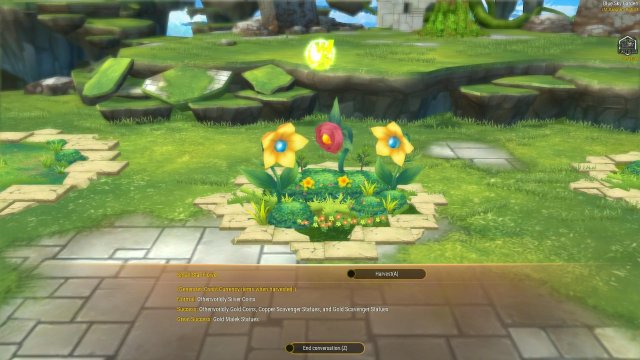 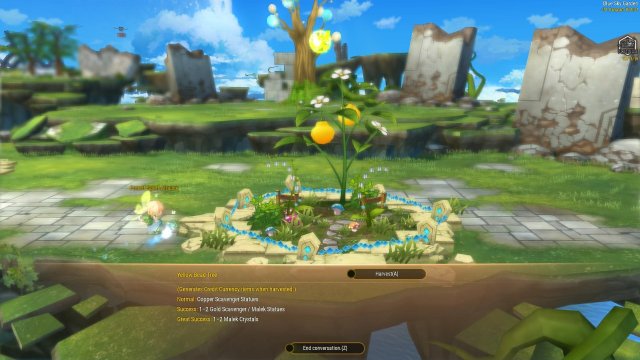 Depending on the Dimensional Rift level, Planar Gate can get you a fair amount of money if you decide to do all the levels. It is recommended you do this at Dimensional Rift 5 if possible, because you are then guaranteed 2 gold statues per run which is 100,000 credits, in addition to the amount you earn just from clearing the stage. If you clear all the red and blue levels and bosses in Rift 5, that’ll earn you a little over 2.3 million credits per day.

You can clear Nightmare World Horror and Terror 2 times each, and with each completion, you’ll get either a Gold Malek Statue (100,000) or a Scavenger’s Gold Chest. So you can potentially earn 1.2 million max, or 400,000 credits minimum.

Also, completing Tiamat’s raid on Assault has a chance of you earning a scavenger’s gold chest. Keep in mind you need an obsidian key to battle tiamat, which costs 100,000 credits each. 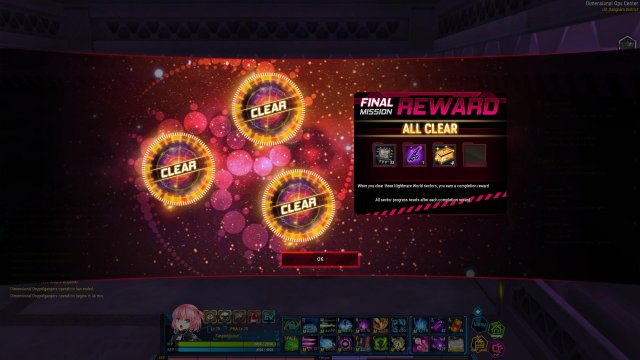 Every day, the 3rd mission of the UNION Watch daily missions will contain a coin or statue. It could be anywhere from 10,000 to 100,000 credits. 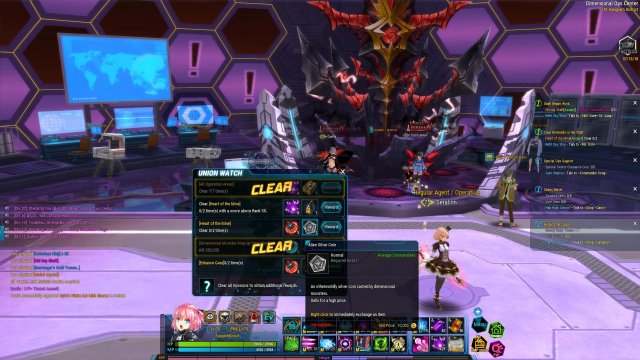 Now, this depends on the level of the crew and the items they have, but there is this item that a crew can own that will give you an increase in credits. This is the J Logo Sofa, which increases the amount of credits you earn by 10%. This is only purchasable when the crew is at least level 5.

However, do note that you need to donate at least 100,000 credits to the crew expenses to have this buff (which lasts 3 hours once donated. The time does not stack.) 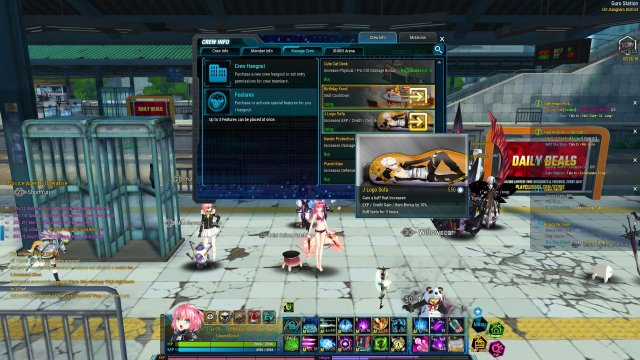 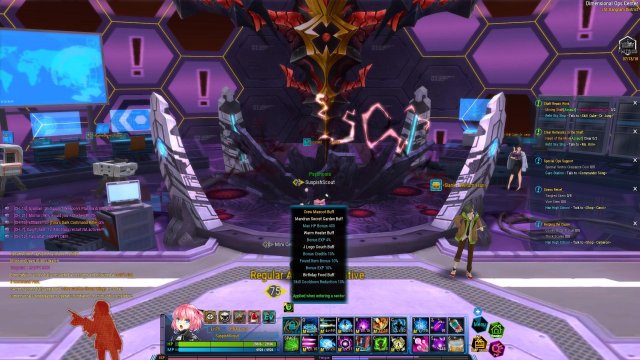 On Mondays and Tuesdays (The servers reset at 2am EST), you get the Weekday Warrior buff which gives you a 20% credit and XP bonus, and you also get 1 additional entry into Special Ops, Planar Gate, and Dimensional Ops center sectors. This gives you a chance to earn a lot more credits than usual, so be sure to play on those days.

Also, one day out of every month is also “Closers Day” which gives a 50% credit and XP bonus and 1 extra entry into sectors. It has not been confirmed what day Closers Day will take place in each month, so keep an eye on the news tab on the Closers website.

This is a very good investment to get more credits in the long run. If you’re planning on paying money in Closers, the first thing you should get is Elite status. It gives you a permanent 20% credit boost, 10% find item bonus, 10% XP Boost, and you get 1 extra entry into any limited sector. You also get 10 ressurection capsules per day. All this adds up, and the thing that matters most is the extra entry. All that stuff I mentioned in the Free Methods, you can enter 1 extra time. This is especially prevelant with Planar Gate which gives you 3 entries per level instead of 2, so you’ll earn a lot more credits. Along with that, you will also be mailed some bonuses. The main one is that you’ll recieve a potion that removes 60 fatigue every day, so that gives you more opportunity to play more and earn more credits. 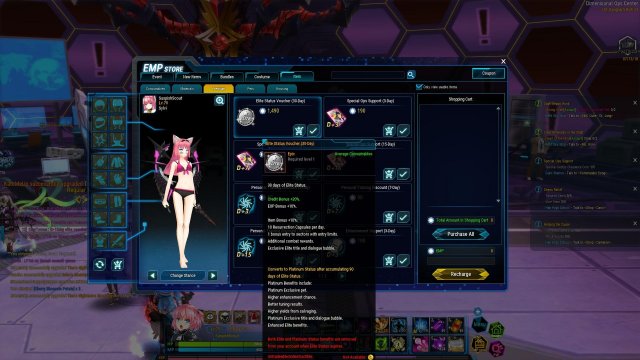 If you have at least 3 months of Elite Status remaining on your account, you will then achieve platinum status which then gives a 30% credit boost, and 15% item find and XP bonus, and you also get 15 rez capsules per day. You will also get a potion that removes 100 fatigue instead of 60, and you’ll also get a free washing machine every day, which of course gives you a chance at getting a very rare item. 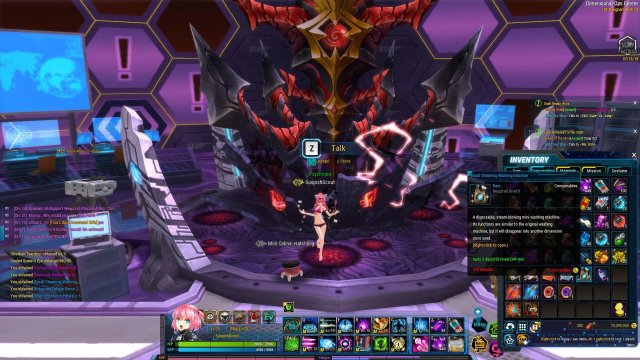 In addition to all this, you will also earn 1 extra item if elite, and 2 extra items if platinum when you clear a level. You can’t really take advantage of this in any area to earn extra credits, except during Tiamat’s raid, which will almost always give you up to an additional 2 scavenger’s gold chest. You wanna know what’s even better? With the Weekday Warrior buff, your elite/plat status will stack your perecentage bonus with that buff. So that means you get TWO extra entries into limited sectors. Combine that with the big credit boost, it’s gonna be a pretty good day.

This also applies to Closers Day which means if you have platinum status, that’s a whopping 80% credit boost for that day.

In the EMP Store, there’s a maid and gardening voucher. What the maid voucher does is give you Celine in your house, which allow you to use “Cheer” 3 times per day which reduces all active explorations by 2 hours per cheer. You also get a bonus exploration area which gives a chance at earning a washing machine. If you have more than 30 days remaining on Celine, you’ll get another bonus exploration area which, again, gives you a chance at a washing machine. You also can use Cheer 6 times per day instead of 3. If you want my opinion, I would go for Alraune and getting her VIP buff. If you do that, you can grow 16 small star flowers, 1 rainbow tree seed, and 5 yellow bead trees in one day (Given your housing is at max level). It’s a chance to give you a loooot more credits than usual. Celine isn’t bad, but it’s not that great for the purpose of earning credits. It will probably make your life easier if you don’t have many characters or pets to do explorations.

Also, you can purchase a Multidimensional Crystal in the EMP Store which costs 290 EMP. This grows a plant that will give you at least 5 washing machines. It’s a cheaper but slower alternative to rolling Bitna. Buy costumes on EMP store and sell them on Black Market

Costumes on the EMP Store usually cost 1990 EMP, or $20. You can buy them from the store, and then put all the ones you got on the Black Market. If you’re doing this, you should get a bundle that has the most items possible. An example of this is the Caregiver bundle which has 7 pieces. The rough average price of a normal 2-star costumes is around 8-13 million credits, but you can put it up for however much you want. It’s just a matter if people will buy them or not. If you sold all 7 of those costume pieces for 10 million each, that’d be about 70 million credits. Pretty much the riskiest method of earning credits is talking to Bitna and doing material conversion. You can potentially hit it big and earn a very rare items which could be worth anywhere from 150 million to 250 million credits. I don’t recommend doing this unless you have a large amount of EMP to blow, since doing the x10 roll is cheaper at 900 EMP and you usually get a normal 2 star costume piece at least once. You also will likely get a plethora of smaller, but still valuable items like -1 Gear booster, Enhancement Boost II, and so on, so you will likely never go out of it making no money. This all depends on whether you think it’s worth it and how much you wanna gamble. Who knows, you might get lucky. If you go to Store, there will be deals that change every day. The deal that I recommend most is the Fabrication Deal, which gives a bunch of different phase fiber and some synchro fiber for about 990 EMP. You can craft a bunch of Performance Fabric Relaxers which go for almost 5 million each on the black market. Having all the phase fiber will also allow you to upgrade a bunch of costumes to 3 star, and those go for about 30 million each on the BM. I recommend buying this deal in bulk as it’s a very good investment.