This guide for Garrison: Archangel will be detailing most if not all combat types, tips for such combat, as well as building a mech that works as well as it looks.

To begin, here are some tactics for the three main build types of the game.

Ranged mechs are best used staying out of the opponents melee range, if they have a melee weapon (melee weapons can easily outdamage ranged mechs at close range, as ranged weapons must reload after being used). If your opponent does move in on you, a good strategy is to bombard them with close range weapons you have equipped (shotgun, close-range missiles, SMG).

As melee weapons are now a part of the build, your goal here should be to primarily use your melee weapon, and use your guns for free damage/to assist in a melee combo by staggering your opponent and the like.

Melee builds, depending on weight, can either follow the hit and run tactics of a Light mech, or focus on trading with the opponent in favor of doing more damage and tanking hits. Either way you should try to end the fight as soon as possible, whether it be your or your opponents win. Shields tend to make it easier to deal with Ranged builds, which hard counter Melee builds to the maximum extent.

Now, some tips and tricks.

I know you wanna spam that boost trigger like you’ve always dreamed of, but conservation is important; you run out of boost and you’re basically cornered. Can’t cancel out of attacks, dodge your opponents attacks, nothing. CONSERVE.

Don’t spam boost dodge when you don’t have to. Holding the trigger to boost around gives you more control over how much you use; save boost dodging for its actual purpose; DODGING.

Particularly for the lower armor builds; don’t rush in without having a general idea of what your opponent is capable of doing. Their weapons could be your demise from the start of the battle if you don’t pay attention.

Dodging out of an attack (effectively canceling the attack) uses more boost than a normal dodge, so don’t commit to an attack you know you will dodge out of (unless you are faking out your opponent).

The customization available allows for a variety of build types (and “weights”) but allow me to list what I think to be all of them.

Depending on your weapon sets, you can be classified as three different types of builds; Ranged, Hybrid, or Melee.

Ranged would mean you have only equipped weapons that launch projectiles (missiles, shotguns, SMG’s and the like), and tend to be the most difficult builds to use, but the most rewarding when used properly (conserving ammo and managing your boost). 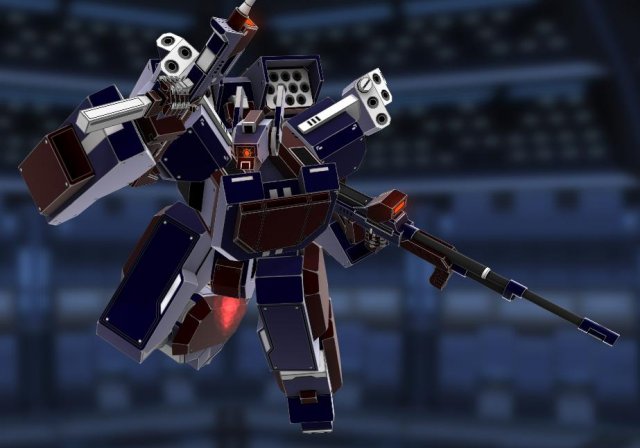 Hybrid builds utilize both ranged and melee weapons, a combination of swords and guns. Being able to use a large variety of weapons, and easier to use than ranged to boot, a lot of the bots you see will be of this variety. 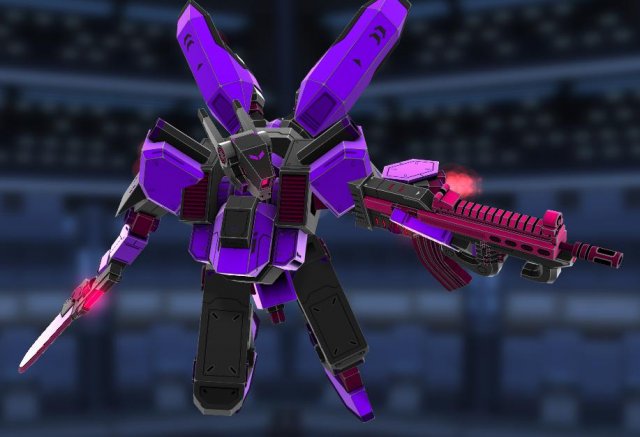 Last but not least, Melee builds strictly equip melee weapons. These builds have arguably the highest damage output of the three (as well as being one of the easiest types to control). They are heavily countered by builds with ranged equipment of any kind, but a shield usually helps in this situation. 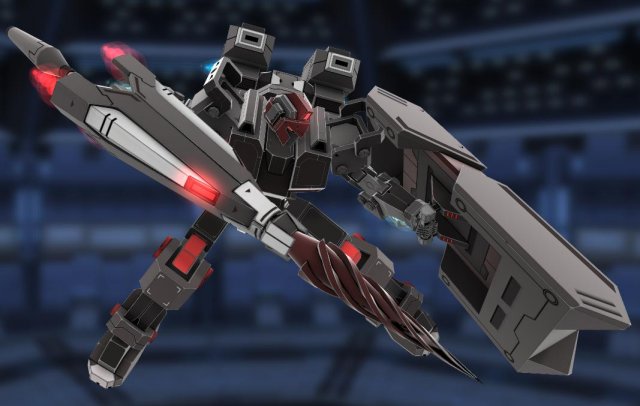 I describe a builds “weight” as its armor, and its need to dodge. There are three weights I would like to classify; Light, Medium, and Heavy. These are just as important when figuring out a playstyle.

Light builds tend to perform the least risky actions, in favor of hit and run tactics (having the lowest amount of armor of the three, around 4000).

Medium builds can afford to trade hits with their opponents, but still in favor of not getting hit (having slightly more armor than a light build, but still small enough to play smart, around 5000-6000).

Heavy builds tank hits in favor of out-damaging your opponent while you are taking damage yourself (usually packing something close to the maximum amount of armor; 8700)

Now it is time to give form to your mech.

Your first goal should be to create the base stats of the mech you want, then make it look better.

Making a good looking mech is nice and all, but if it doesn’t function properly you won’t have much to brag about when you mention the build. So pick the weapons you feel work best with each other, pick body-parts that give you your desired stats, then test against the dummy to see how well it works. I personally like testing the build up the ladder of AI, from Dummy to Insane difficulty.

The testing button in the garage.

This is your load. The more gear you have equipped, the higher your load. A lower load increases melee damage, while going over 100% can give your mech some serious negative effects. In general, try to keep it under 100% and you should be fine.

The default Melee Damage Mod (MDM) is 100%. This is the normal amount of damage for a weapon. Going above 100% is a bonus in damage, while going under 100% means you are doing less damage than normal. As you can see by the name, this only effects melee weapons. Ranged weapon damage is static as of now, so with a Ranged build you do not need to worry about this stat.

Now let us talk about the armor Internals.

The rest of the internals are straightforward, but mathematically speaking it might be difficult to pick the right modifier for you. For stability and armor, there is a Flat Bonus and a % Bonus piece. In the case of both stability and armor, if you are going to pick an armor or stability internal, the Flat Bonus is always better. (Reinforced Frame, and Gravitic Enhancement are their names).

Let’s face it, some people do and don’t enjoy coloring their builds. So, in the case of all the people who simply want to get out into the world of Garrison: Archangel, there is an assortment of color presets for you to quickly pick something you find nice and begin battling. If you want more customization, hit the arrow button next to basic colors to get a more advanced coloring experience.