A quick pointer on what to do and not do when placing traps. Specially for new players, with screenshots of the specific setups and descriptions of the mindset of Frost.

What Not to Do

Where to avoid putting traps.

Now of course you don’t want to put traps in obvious places, but contrary to popular belief, it is not the sight of them that defeats them. The key is just selecting a place where your target will only see it at the last possible second rather than not at all.

(The key is not to prevent the opponent’s team from knowing where the traps are, the key is preventing them from doing anything about it until it’s too late).

When placing traps look at the ground around it and the connecting paths leading to it, if there are many angles which a player can see where you are placing the trap then it will be easily destroyed from a safe distance, and if the trap contrasts itself against the floor and the surrounding area then same thing. 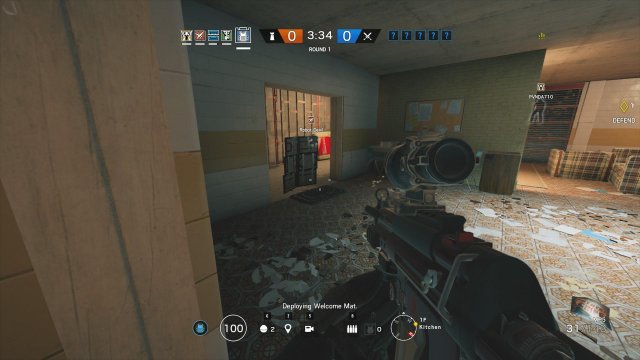 (Anyone coming from both sides of the hallway would be able to see it at an angle). 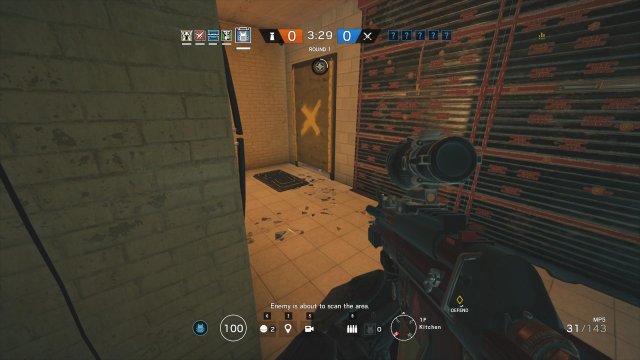 (While prone, anyone can see the trap, and after blasting the door before breaching).

Avoid placing traps in view of other traps. 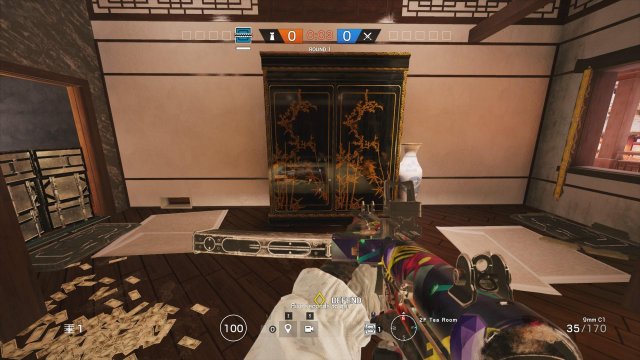 (When one side approaches they will see the other trap, and likely forgo breaching there).

Kapkan’s traps will get triggered first and destroy Frost’s. I suggest a game of “Dibs”, if Kapkan has a trap on a doorway or window, don’t place a trap there. If you place a trap somewhere, ask Kapkan not to trap it as well.

Where and how to place them.

Using Frost’s barricade gadget you can combo a nice hiding spot for one of your traps. 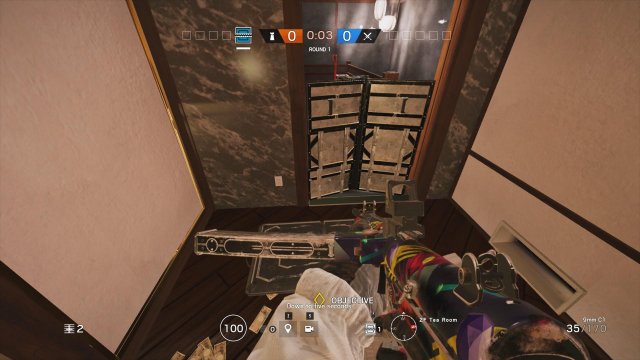 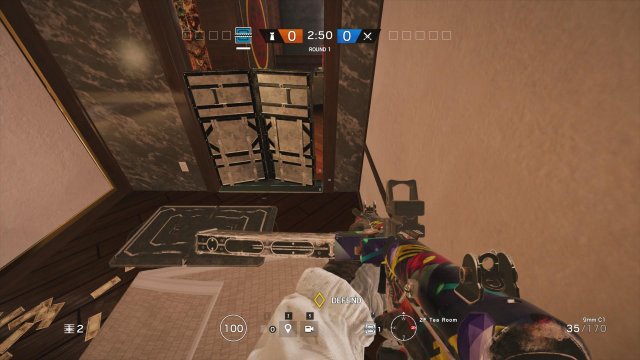 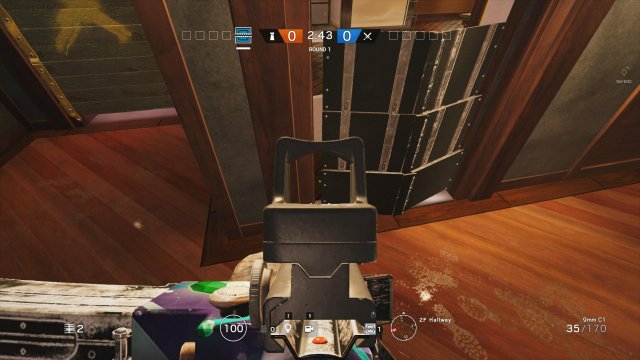 (A gap is here, but with the trap placed to the left… It’s impossible to see it). 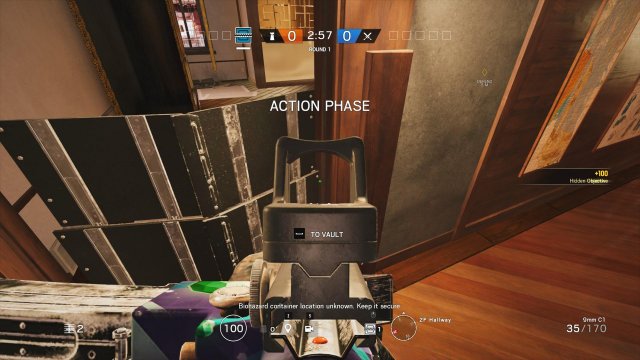 Try also to barricade walls around the doorway to bottleneck opponents into it. 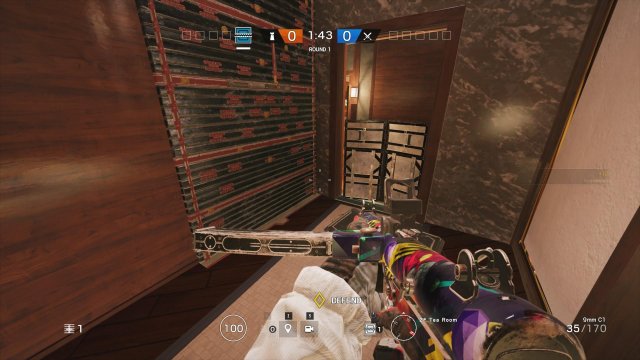 (Be mindful not to barricade all the walls in case teammates want to create holes). 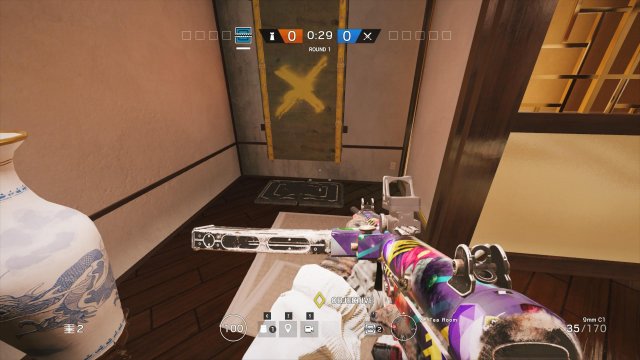 (The fewer windows in the room the better, less options for the opponents to pick from).

It is actually impossible to see them from outside. 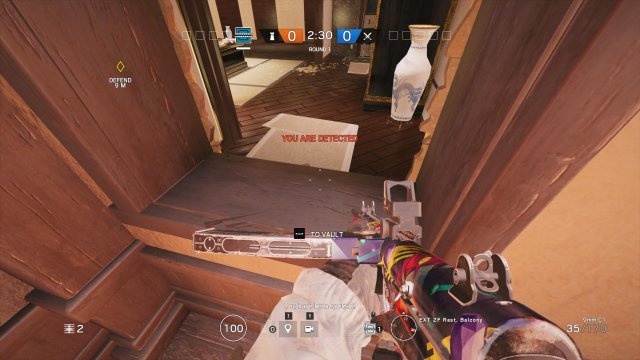 (Note: players can shoot down traps while they are vaulting, but that also forces them to look down, so if you can watch your own trap without getting flanked from behind that ensures that anyone attempting to vault over it will get hurt one way or another).

It also works on double windows. 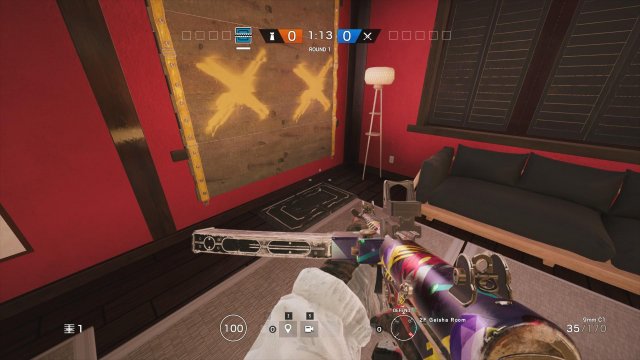 (Just place them on the middle).

These traps are obvious and they are not trying to hide where they are exactly, just hide away from being destroyed from safe distances (Not counting bombs), they are forcing players to deal with them or go around them, limiting their options and manipulating the battlefield.

The mindset of Frost Trapping.

Frost traps are a mindgame in manipulating opponents to step on them or to not notice them or to think they know where they are, and there are various ways a player can achieve these things.

Try to place traps outside the immediate objective room.

If you are defending an objective, picture yourself in the attacker’s team, based on where the objective currently is how close to it would you find yourself expecting to encounter bad guys? 1 Room away from it? 2 Rooms away? It depends on the map, but most opponents will be the most alert when they are breaching the surrounding area of the objective, not the rooms before it. Frost wants to catch the opponents at their most vulnurable.

Traps can be utilized to cover flanks, and as alarms.

If a room has multiple entrances then placing traps in some of them will make defending easier, because even if traps are not catching Prey they can wall off different routes to the room or objective, even if they are getting destroyed or not noticed at all.

(Keep an eye on your traps and ears for their destroyed noise).

Try to hide them under barbed wire.

I personally prefer the barricade as it forces players to shoot the traps while vaulting which is dangerous and makes them vulnurable, but if teammates have barbed wires they can offer significant cover for traps.

Try not to react to a window barricade being destroyed if a trap is under it.

The act of defending it might keep the opponents away, while not reacting might bait them into a false sense of security. Specially if the trapped window is further away from the objective.

Get the lowdown on Siege’s maps, and learn some useful strategies for each one. Other RSS Guides: Beginners Guide (Tips and Tricks). What are the Best Scopes? How to Survive […]

Black Eye Cool Spots Wanna hide your cameras so well that the ennemy can’t see them? Fine. Here are some great spots. You may know some of them, but I’m […]

These are some strong Mira window positions that have seen a lot of use since Villa launched. Contents2F Aviator Room / Games Room2F Trophy Room / Statuary Room1F Living Room […]