This guide was written after investing a respectable amount of hours in this game where I learned many useful tips about many aspects of the gameplay that new players will find useful when they make their first characters and spend their first hours in the game.

A really big advantage of playing ESO on a PC is the use of add-ons. Generally there are many out there that cover various aspects of the gameplay like experience trackers, combat logs and many more. However, in my humble opinion you need the following:

Skyshards are certain giant stones that emanate a white light and can be found in the world or delves. They are sometimes hidden and tracking them down is a really nasty job which may take hours if you don;t know where to look. Gathering 3 of them unlocks 1 skill point, which is mandatory if you want to create a character that will be used for crafting. Garkin managed to compile all the skyshard locations in a handy add-on that marks their locations in the map for you to find.

Lorebooks are special books that emanate a blue glow instead of the usual gold-ish and are used to level up the Mages Guild skill line. This particular skill line contains useful spells for sorcerers or healers like Meteor, which are unlocked as you progress through this line’s levels. Therefore if you plan to unlock some neat skills, this is the add-on for you. Same goes if you are a completionist.

Understanding how ESO’s market works is a huge bonus in your income and can easily fill your pockets with shiny, glittering coins. Master Merchant collects data from your guilds’ traders and provides you with feedback such as item prices, the frequency by which an item is sold, how many sales you managed to make in certain amounts of time and much more. It’s an extremely useful tool that I recommend to everyone.

Warning: There have been reports that MasterMerchant may cause some random crashes in certain delves. I have not managed to confirm this, but should you encounter something similar you simply have to disable this add-on before you enter a delve and reactivate it afterwards.

To install an add-on, all you have to do is follow these steps:

Warning: Make sure to tick the Allow out-of-date addons box, or else the add-on may not work.

Last but not least, I highly recommend downloading the ESO Toolkit app from the Playstore in your smartphone. It contains timers for your hirelings, the riding upgrades, alchemical recipes and much more that you will find useful in your journey.

Assign a Character as Master Crafter 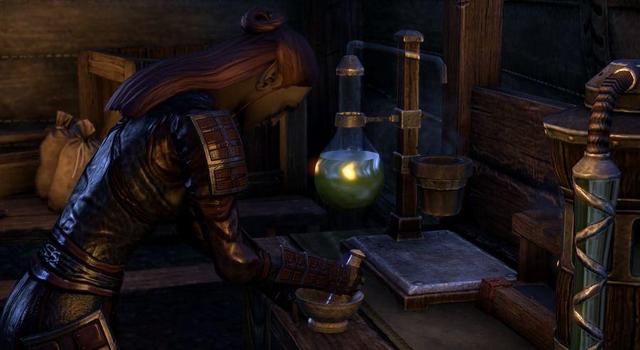 Crafting is a very important aspect of the game, since you can make money in several ways. For example, gathering higher level materials like ancestor silk, rubedite ingots and lorkan’s tears are a lot more expensive to sell than jute, iron ingots and clear water respectively. The only way to unlock the ability to find them in the world is to invest skill points in the Crafting skill lines and level them up.

I would highly recommend to get all the available skill points that have to do with crafting in at least one character. Since your bank space is shared by all your characters, you can craft gear with your master crafter, deposit it in the bank and withdraw it with another character. Not only that, if you manage to research at least 9 equipment traits for every piece of gear available, you will have the ability to take orders from guild members and other players to craft gear for them in neat prices.

As you can see in the image, a crafter that can make some highly sought-after sets like the Julianos one, can easily sell it for the nice price of 10.000 gold. Therefore taking all of the crafting skills is a really useful way to save and earn money.

For new players, I suggest you assign your first character as master crafter. You will gather materials a lot earlier than diving deeper into the game and you will earn precious time by researching all of the equipment traits as early as possible. 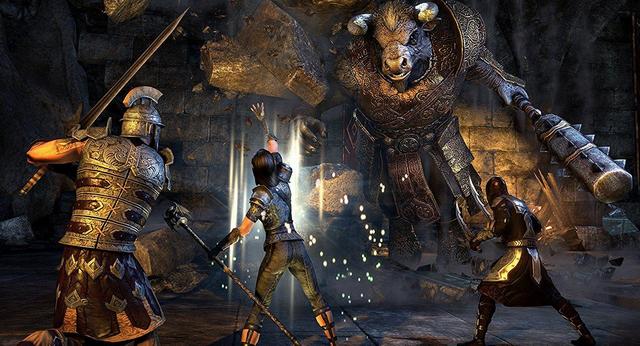 Generally many people consider farming mobs to power-level their characters and it’s indeed a nice strategy, especially if you follow a well-written guide (not like this one, lol) to find the mobs you need. However, I believe that doing all the quests you find in each area and grind at the same time is the best way to reap all the profits that each strategy has to offer.

In that way, you will:

I highly suggest that your first character or at least one character in your roster must explore the entire map and do every quest available. This method combines rewards and levelling but is not as fast as simply grinding mobs in areas until you die from boredom.

Understand How the Market Works 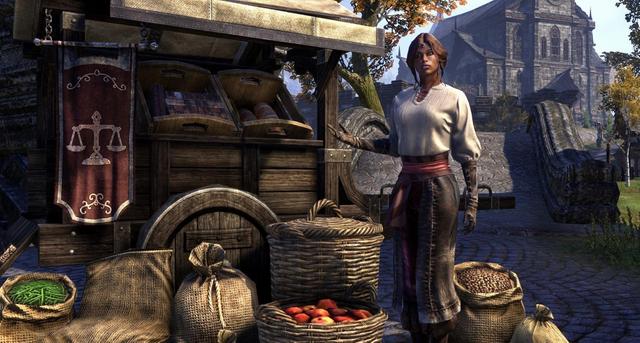 The biggest need your will have in this game is money, money and more money. Practically the best and most useful way to swim in septims gold is to start dealing with the market.

Besides the in-game guilds like the Fighters, Mages and Undaunted, players can create and join their own guilds and you can be a member of up to five guilds at a time. Guilds provide two important services, guild banks and guild traders, however here we will focus on the latter and the economy that is influenced by the players.

Every guild can hire merchants that can be found in many places of the world from the in-game Gold Coast Trading Company. Hiring one means that a guild has the ability to open its guild store to the public, allowing players that are not members to buy stuff from that specific trader. This is a key factor if you want to make money by selling stuff, since you must understand where to sell what and which guilds to join. For example, guilds that have merchants in the capitals Wayrest, Mournhold and Elden Root tend to make crazy amounts of sales since they have a lot of player traffic. Also you will find that guilds in big cities like Stormhaven, Rawl’khaand Stormhold, where many players like to gather, have nice amounts of sales as well. However merchants that can be found on the side of the road out in the wilds usually are not doing much business, especially if they are in low-populated areas of the map.

Keep in mind that each merchant is assigned to a guild for one week only. That doesn’t mean a guild can’t claim the same merchant for several weeks in a row, but guilds bid against each other for the best merchants and the ones with the most profits win. That’s why many guilds have established rules like “make 10 worth of sales or you will be kicked.

This is where the add-ons come in. Since ESO does not provide an easy way and method to keep track of the sales a specific item is making, tools like the MasterMerchant we mentioned earlier are going to make your life easier. Observe the sales and the prices and try to behave accordingly. For example, if you try to sell a simple, blank ring, nobody is going to buy it since it offers nothing in return. If you sell a simple rubedite sword for 1.000 gold while it costs 120 gold on average, again nobody will buy it. But if you sell a simple piece of gear that had, let’s say 10 sales in the last 5 days, for a rational amount of gold, It’s guaranteed to be sold within the week.

Last but not least, here are some extra tips: 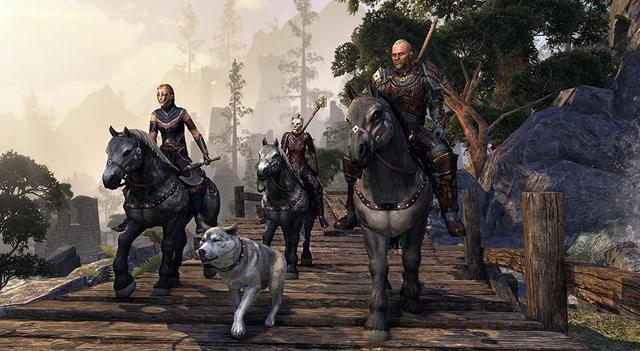 Riding skill is a system that improves one of the three abilities of your character when he’s using a mount. You can improve one ability every 20 hours at a stable and each upgrade costs 250 gold. Each ability has a 60-point cap, which means that in total you will need 180 points x 20 hours = 3.600 hours or 150 days to completely upgrade your riding skill and 45.000 gold, provided you will not buy riding skill upgrades from the shop with real money. The abilities are:

Generally you will want to upgrade your mount depending on your needs. For example, if you prefer to go down in Cyrodiil for PVP I highly suggest you max Speed first and then Stamina. If you have a crafter and like to collect gear and materials, Capacity should be your first choice.

Also, keep in mind that for every 20 upgrades in a single ability your mount will have a cosmetic enhancement, like a bridle for speed, horse armor for stamina and bags to its sides for capacity. There are 4 mounts you can purchase from the stables and the cheapest one costs 10.000 gold. You can also buy mounts from the crown store with real money but keep in mind that they are available in circles, so you need to check the store every now and then if you have something specific in mind.

Find the Guild that Suits Your Needs 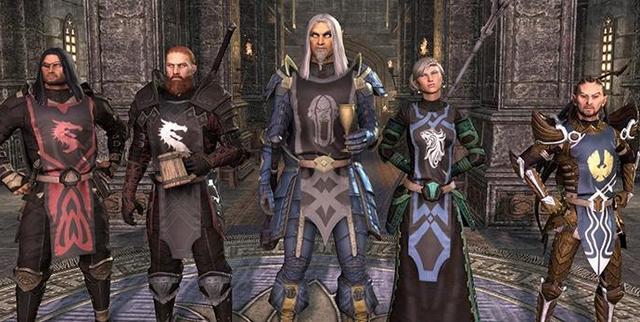 Keep in mind that each guild you will join will be usually centered around specific goals. Some guilds aim at the market, trying to make huge sales and keep their members happy and rich. Others prefer to focus on the PVE content by arranging trial, dolmen or delve runs to farm equipment. And other guilds try to master the PVP by organising raids and attacks in enemy factions down in Cyrodiil. Of course that doesn’t mean a merchant guild can’t create PVP events and vice-versa, but you get the picture.

It’s up to you to decide which guilds to join, therefore it’s best to ask a guild recruiter beforehand. For example, if you like to sell stuff in the market you won’t really need a PVE guild that doesn’t even have a merchant. Just remember, you can be a member of up to 5 guilds at a time and your guilds are shared across all your characters, therefore choose wisely. As for how to join, simply go in major cities and capitals and wait for the recruiters to advertise their guilds in the /zone chat, or simply ask someone you know to join his guild.

Last but not least, ALWAYSremember to read each guild’s rules and regulations or else you might find yourself kicked and not knowing the reason.

Understand You Need to Invest a Lot of Time 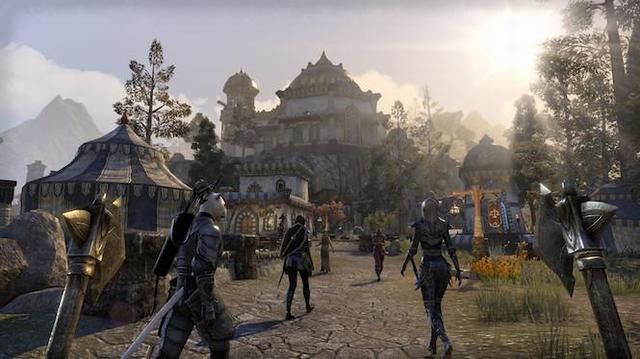 The Elder Scrolls Online is a huge game with extremely rich content, at least in my opinion. It requires a lot of time to learn and an even bigger amount of time to master, therefore take your time, take it easy and ease yourself into its world. From fishing, crafting and exploring to trials, delves and epic sieges in Cyrodiil, there are a lot of things you can do and certainly you will find something to like.

Just remember, you cant’ do everything at once. So relax and enjoy yourself! And remember, be kind to other players especially if they are new! We have all been there and someone helped us at some point. I hope to see you in the EU server!