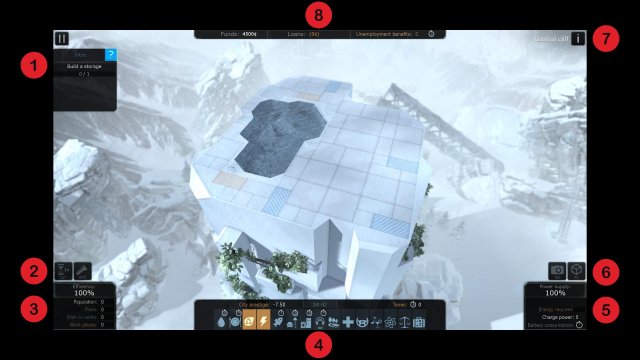 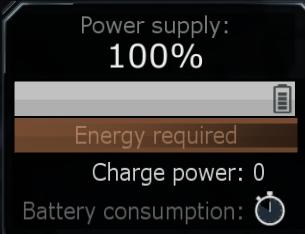 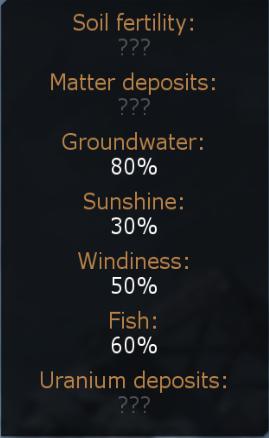 So the UI seems simple at first, but it’s a lot to decompress. Below is just a list of items to think about while getting started, and some lessons learned from a few early games that brought me to a screeching halt.

Follow the mission / tutorial! It will get your first colony up and running smartly.

There are 5 plot types: small; medium; large; extra-large; special. Small and large are both squares, while medium and extra-large are rectangles. The special blocks are always on the medium sized spaces, are colored either blue or orange, and denote something special can be built there. Each plot type allows for different buildings that are only available for that plot size, so build carefully.

Scout around the map and look at the information on each cliff. You’ll notice that no information is available immediately on soil quality, matter deposits, or uranium deposits. For these, you’ll just have to risk it. What is important is that you have a fairly high ground water, and at least Sunshine or Windiness in high quantities. What this reflects is the ability to produce off this cliff – if you start in a location with low Sunshine and Windiness, you’ll spend a lot of resources and space building the relevant power systems to keep it powered. In a similar vein, this helps you with knowing what to build. For instance, having a cliff with 80% windiness and 20% sunshine, means you should not build solar panels, and only build wind turbines. The results will be more fruitful.

For spaces with special structure placements, avoid placing generic buildings there. For instance, on the blue medium spaces that are on the side of a cliff near another cliff, you can build a bridge to the other side. Placing something here means that you’ll eventually have to tear it down if you want to connect the two with a bridge. Blue medium spaces on the edges not facing another cliff are ideal spots for landing platforms, and the orange medium spaces near lakes are the only spots where you can put fishing ports.

Keeping production moving forward is important – growth of the population, available jobs, and resources is key. Without this growth, your finances will stagnate, and you’ll be left in a situation where you deplete on resources that you can’t rebuild.

An example of this is to make sure you build a matter mine right away once you get your first batch of people. If you expend your initial collection of matter, you’ll not have sufficient resources to build the matter mine, and eventually zero out on matter which means game over.

While you might see the high amount of worker buildings that produce “things” don’t neglect office buildings. Having a strong financial bedrock will make everything easier to build upon, and having funds is essential to expanding.

Going back to the topic of essential buildings to get placed as soon as possible… This list isn’t too long, but missing any will mean at least painful growth if not outright failure. Below is a list of buildings and why:

The purpose of this guide is to help you get your first tri city Cliff Empire to end game. There are many ways to get to end game, this is […]