Story achievements that cannot be missed.

Break it, Fix it!

Install a new pair of Wheels

These are achievements that you should get in the course of one natural playthrough.

The answer to life, the universe and everything

Very easy, you just have to ‘burn’ 42 items by placing them on the fuel loader and pressing the button to convert them into fuel for your vessel, seeing as how this is one of the major mechanics for the game it is fairly straightforward.

Ride the Okomotive at full Speed

At certain points in the game you’ll be able to reach max speed, this is mostly achieved by going downhill quickly and is best done by having both your sails and engine going at the same time.

Store 15 object inside the Okomotive

Make sure to have 15 objects gathered in the Okomotive at once, whether they are on hooks or on the floor. Objects will be found scattered throughout the world and are used as fuel, if you’re having trouble with this try burning objects that give higher amounts of fuel first (such as red barrels) so you’ll have to destroy objects less frequently.

A Piece of Home

A Piece of Home

Reach the end with the mailbox

Take the mailbox from the beginning of the game all the way to the very end without losing it or burning it. My advice is to leave it on one of the hooks situated on the top floor and grab it when you reach the end. You need to be holding the Mailbox when the game fades to the credits in order to get the achievement. 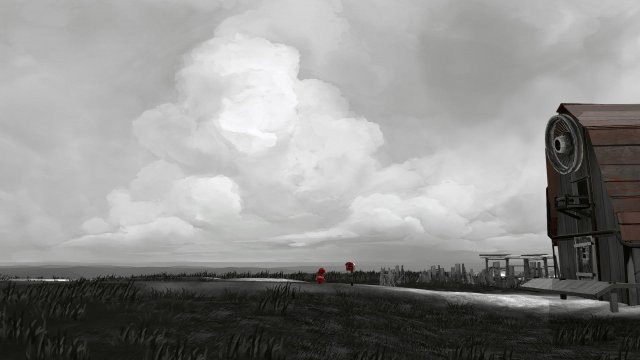 The Sound of Silence

The Sound of Silence

Burn the Radio while it plays

Place the radio into the fuel tank to burn it in any of the following locations (or anywhere else the radio may play music). 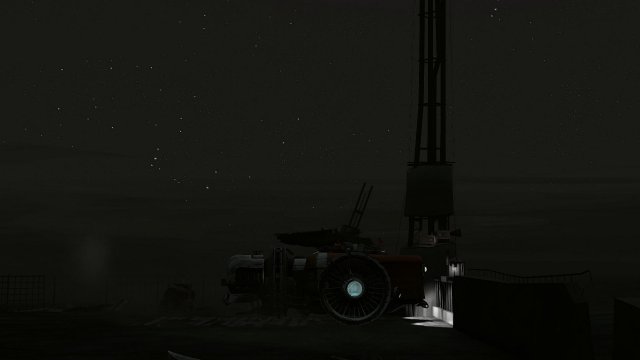 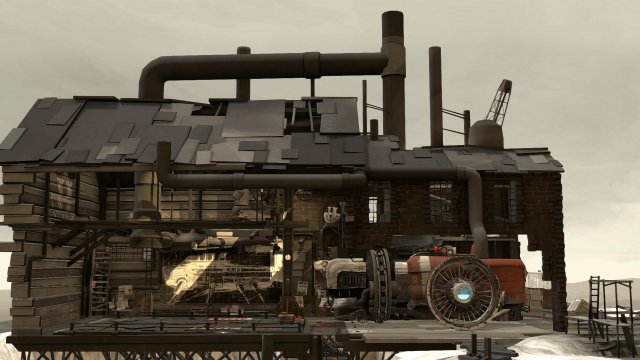 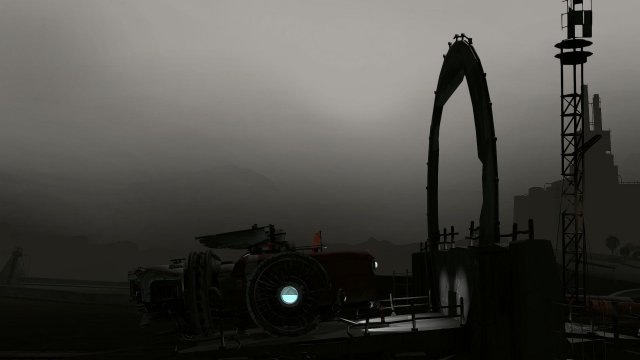 Cheers to Tabaris for clearing that up.

My Heart will Go On (Hidden Achievement)

My Heart will Go On

Stand at the Flagpole of the Landcruiser

You come across this achievement fairly late in the game and it is entirely missable so be careful. Once you make it to the Landcruiser (the giant walker machine you raise the Okomotive into) you make your way to the top floors and press a button to activate the stairs and get on top of it. Instead of entering the glass dome on the roof you must jump on top of it and keep walking to the front of the ship where you will get the achievement. 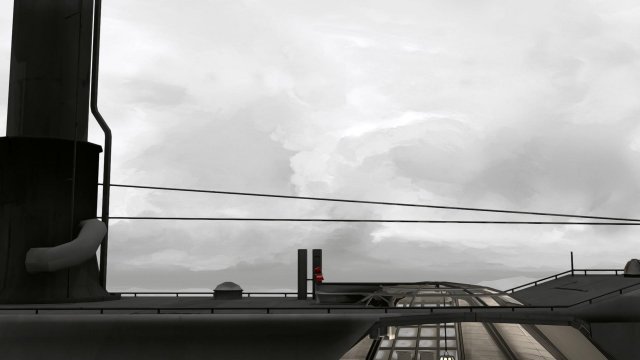 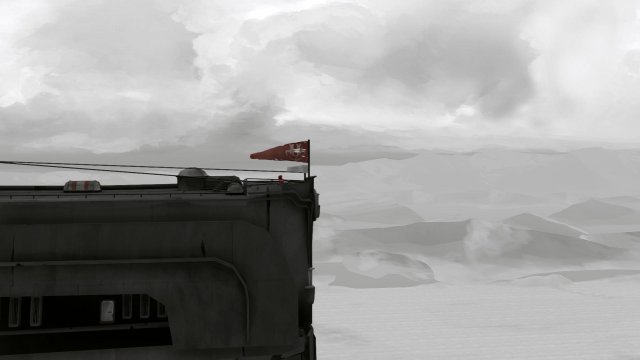 Fire in the Hole!

Fire in the Hole!

Blow up every explosive barrel

There are 6 explosive barrels scattered throughout the game. They are often out in the open and fairly obvious due to their unique design and red colour. In order to get this achievement you must load all six into your vehicle causing them to explode. It has been suggesting that you do not have to do all six in one playthrough but instead can load chapters to clear up the ones you missed however I cannot confirm this. Below are screenshots of their locations in the order in which they appear as well as a seperate screenshot denoting the chapter they are found in. 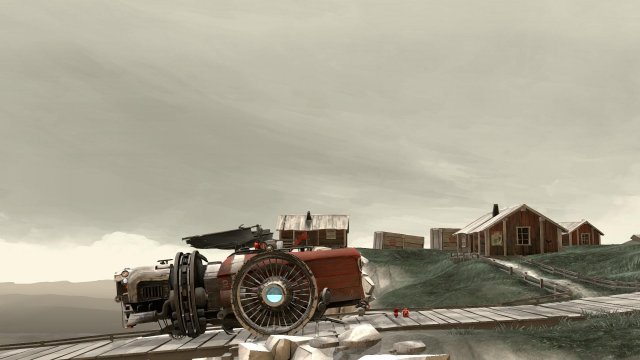 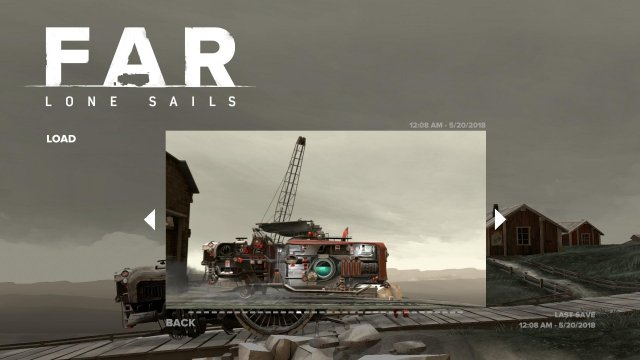 2: Right after the tornado 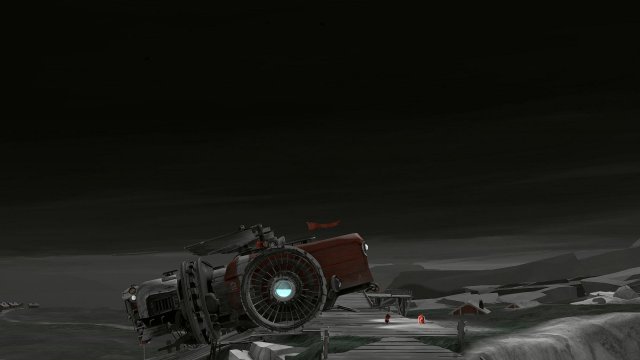 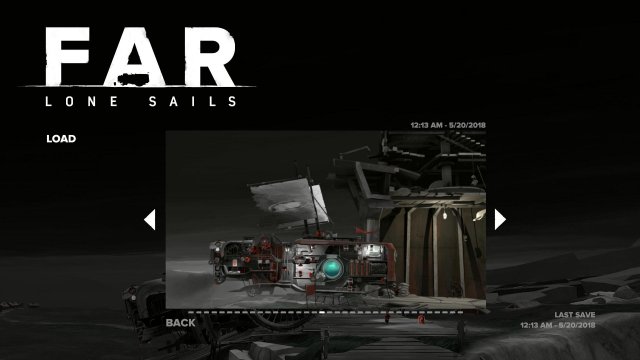 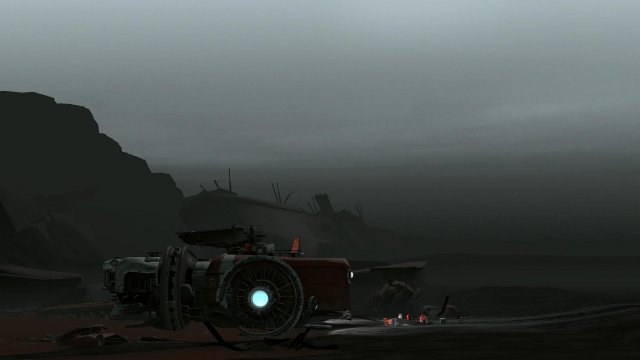 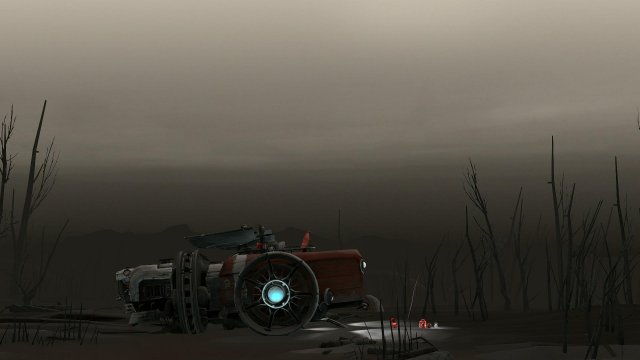 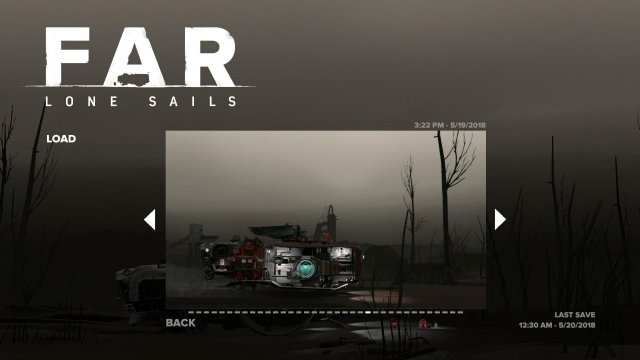 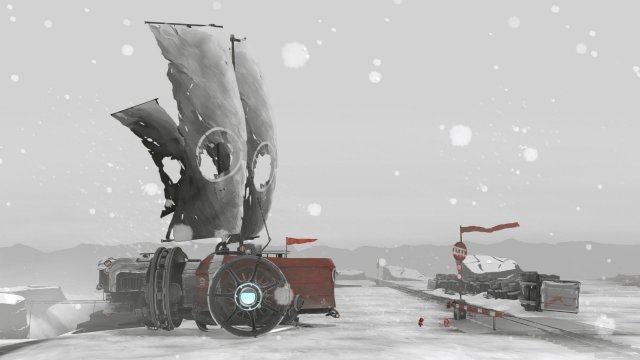 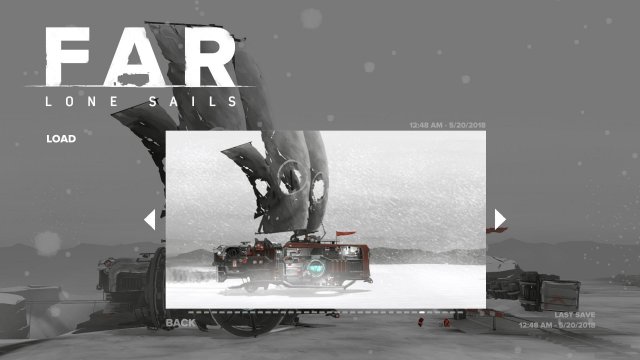 6: This one is the most difficult to get, I suggest exploding it as soon as you get it because the volcano will make it impossible to do it after. 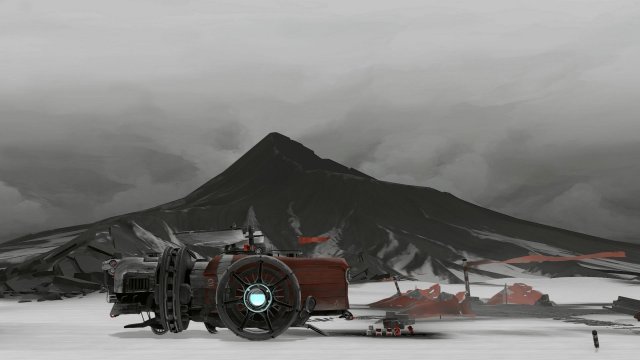 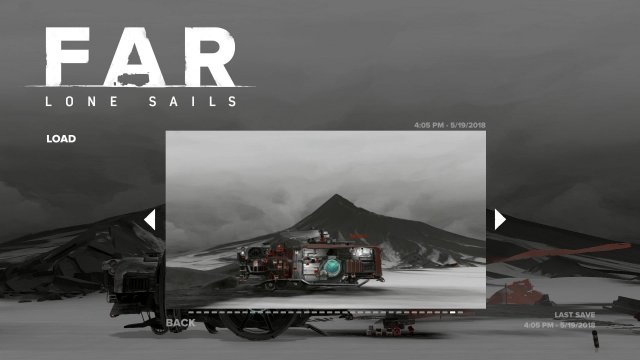 Rush through the game in less than 99 minutes

Start a new game and try to beat it as quickly as you can. This is best done on a 2nd or 3rd playthrough as you will be more familiar with the game’s puzzles as well as the overall mechanics. I found I was able to gather a fair amount of fuel and still have time but don’t worry about missing one piece if stopping would take too long. A good way to save time is to use your engine as well as your sails in areas where there is wind as you will go extra fast using both. Other than that just try and complete each area and puzzle as quickly as you can, remembering the order of things is very helpful. Good luck!

Reach 9001 on the distance counter

Almost certainly the last achievement you will get. Your distance counter must reach over 9000, this will be done over multiple playthroughs as this is cumulative. Just keep playing the game over and over again until you get it. You can choose to start a new game each time or load a chapter with a lot of open space or where you progress quite quickly so you can do this fast but make sure to reach a save point so it will count your progress. Have fun!