A quick guide for the easiest of the Hard Spy missions, in order to get the Ivara Neuroptics and Blueprint itself.

Before Going to The Mission

As most of my strategy relies on being able to one-shot enemies.
I use a specific loadout with specific weapons, but the most important of it being my Dread, modded to be able to oneshot enemies. 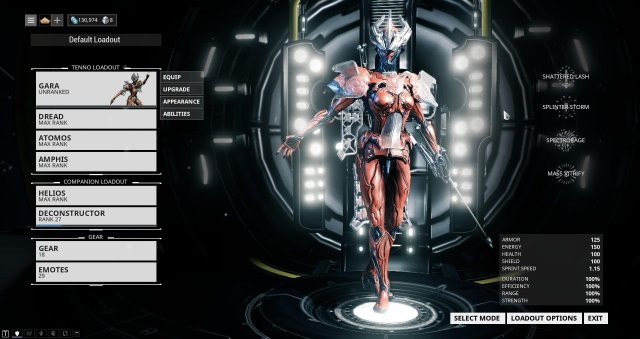 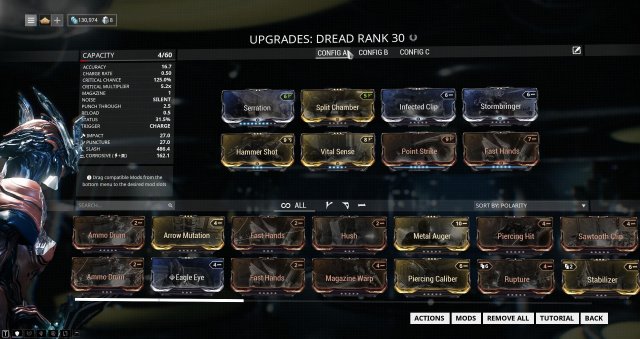 Now that we’re done preparing for the mission, let’s go to the mission! 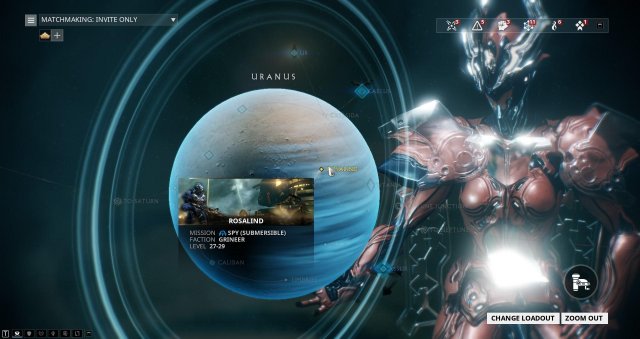 We get to Vault Number One, which, in our case, is the fully submerged vault.

This is how it looks: 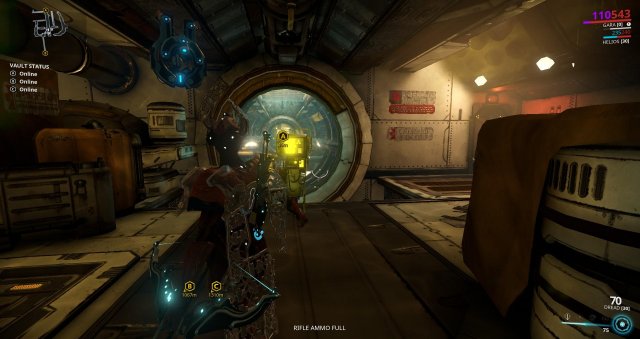 Hack the console and go behind it to the two open paths, pick one and get into your Sharkwing. 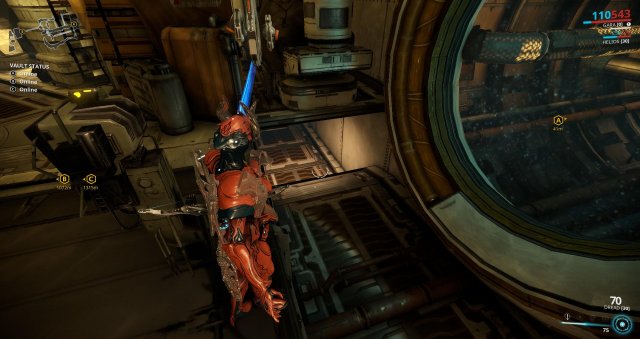 (Excuse the terrible coloring, I believe it was made to go with either my Valkyr or my Saryn Prime and I just never got around to recoloring it). 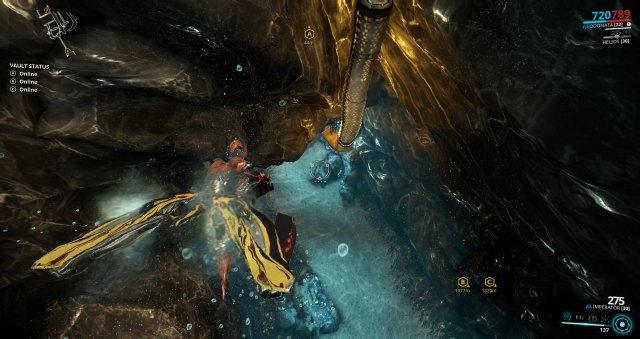 And go either against the current or towards it, but search for the entrence to what I call the Main Fan Room, from which comes all the wind that push you towards the lasers, so attempt to track it through the wind currents. 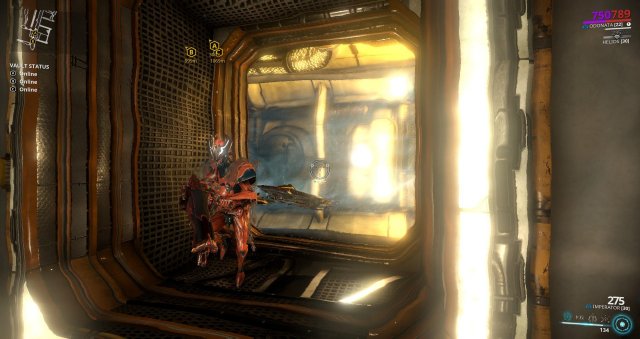 This is the entrence from the back. 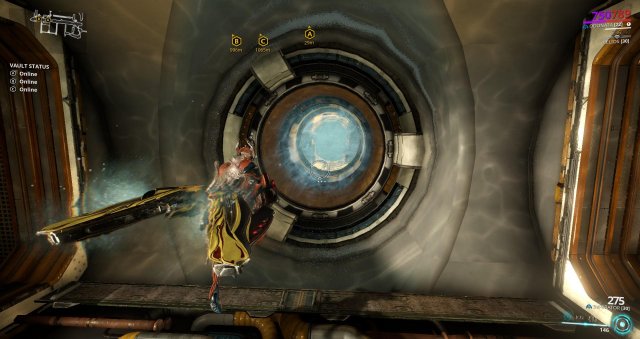 (Entrence to the Main Fan Room, normally between the tubes connecting the two paths).

From there, you’re going to want to go up, and up again, untill you reach an area that gives you a clear view to the vault, but has lasers on the end of it.

Wait patiently for the lasers to clear from the platform and go to the opposite side from the vault.

If you did it right, you’re going to be in a block-y room, with two shifting panels, lasered water and a window to the vault room.

Wall-climbing and wall-sticking are your friends here, get to the window, and from there, going in the vents, you’ll drop right into the vault room. 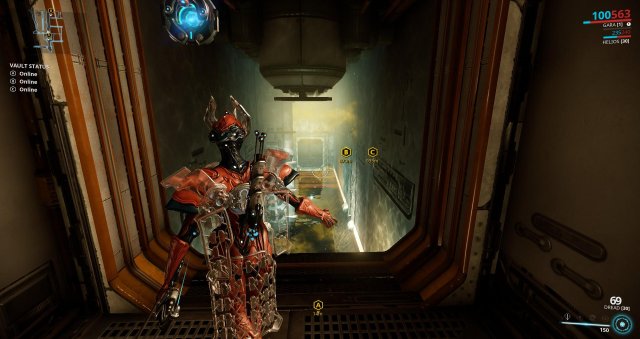 (The block room, keep in mind, wall-sticking is a good friend of yours today).

And we’re done with the first vault, if you got it right the first time, congratulations! You’re great! If you didn’t, no shame in that! Good try! Try again next time, and make sure to remember what you did wrong and correct it!

Second Vault (Drop Down and Climb Up Vault)

And so, we have reached our second vault! Yay!

This is how it looked on my run: 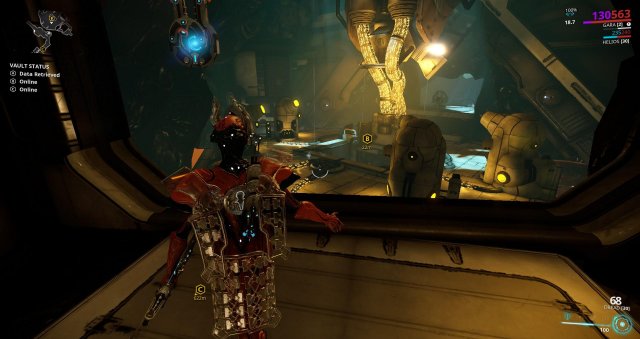 You start by hacking the console (As always) and jumping down to the depths. 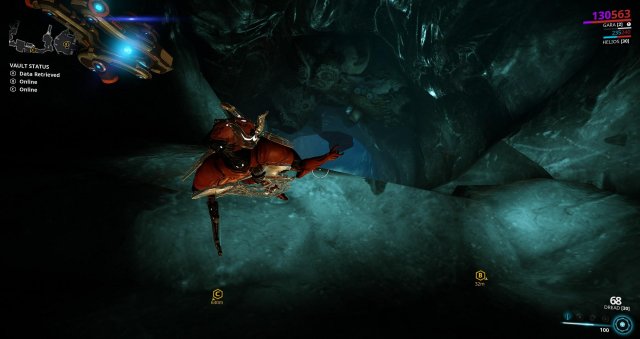 From there, walk carefully, as a Regulator awaits you in the vault. 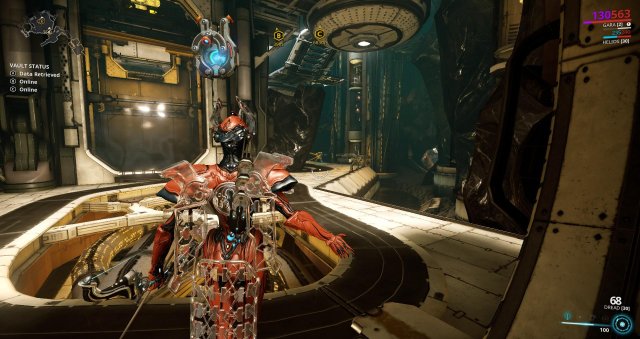 It glitched for me a couple of times, went around itself like a disco ball, sometimes it works proper and will patrol around.

What you’re going to want to do is to drown this section, by shooting the Reinforced, glowy glass opposite from where the Regulator was stuck for me. 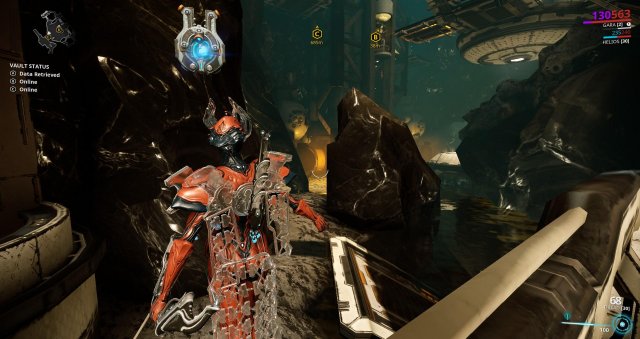 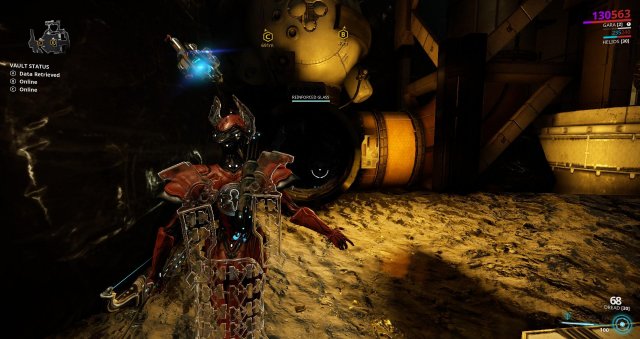 After you’ve done that, the Regulator will insta-destroy and NOT set off the alarm, swim up in your Sharkwing and shoot the next pair of Reinforced glass, located right above you, don’t be shy about shifting around and moving up and down to reach the other pane, which is located slightly to the side and below the first pane. 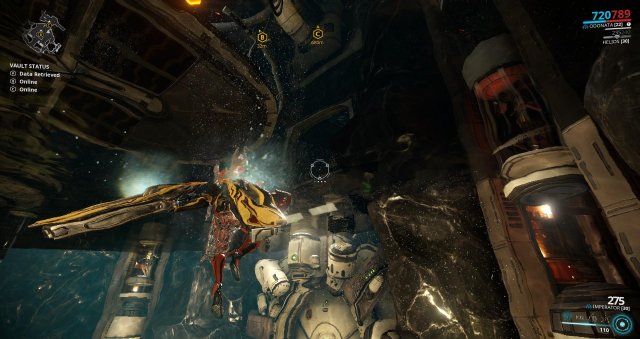 Now that you’re down two, you’ll have to search for the next pair, as I can never remember where it’s located, but the two panes are right next to each other, so shooting them will be the easier part here. 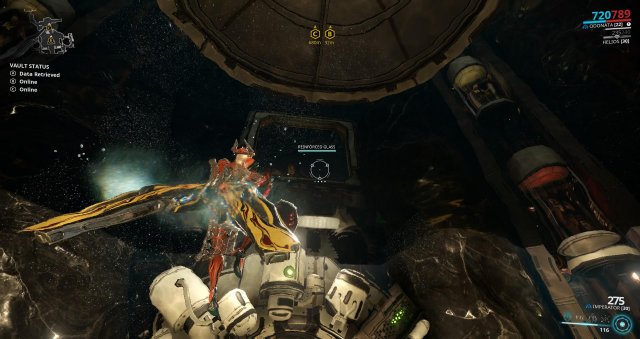 Keep in mind that every section or level you’re drowning contains a Regulator, so staying in the water is the wisest choice.

If you’ve done all of this correctly, and not triggered any alarms, you should only have to face one enemy at the top, who will almost always go straight for the Rampart, kill him/her and hack the vault.

Third Vault (The One with the Enemy in the Start)

So we have reached the third and final vault, this is how it looked on my run. Start by killing the enemy, if you modded a bow like my Dread, or have a different one-shot kill weapon, use it now. Killed it? Good. Now walk a few paces into the vault and look up. This is your entrence, jump up and get to it. Break the gate and be careful, the next part is a bit tricky. See these lasers? You’re going to want to slide right under them in both times, which is pretty easily done, and from there go right in to the next vent.

Go with it, and then follow your map to the next gate. Kill the enemy patroling in front of you and the one patroling around the console and finish taking the data.
Congratulations, you finished the submersibile spy mission with no alarms at all!

So, either I got really lucky or this map has a good chance of dropping Ivara parts, ’cause at the end of the Screenshot run, I recieved my Neuroptics! And just a bit after it, I recieved my Blueprints, which finished off the parts I needed for Ivara! Other Warframe Guides: Ways to Earn Platinum. All Warframe Parts and Where to Get Them. Quickest Way to Gain Mastery Rank and Get Lots of Loot. Easiest Way to Kill […]

Warframe – All Warframe Parts and Where to Get Them

This guide is for people who suck at K-Drive like me. This guide shows a relatively easy and fast way to grind standing for Vent Kids. Other Warframe Guides: Ways […]