Here I try to compile some information about how Totally Accurate Battleground works. To get those numbers I did some testing and concluded my numbers with additional math.

Here you can see the estimated hitboxes of the current TAB damage model. I based my numbers as if the torso was receiving base weapon damage and scaled the remaining numbers from there. One problem that occurred while calculating was the head hitbox. Due to the damage “boost” the head may receive when shot more than enough damage to kill. So it would theoretically sometimes only need 1.5 bullets. But there is no such thing as half bullets.
To compensate this error I rounded my 171.67% to solid 175%.

It is a guessed number by my side, because it seemed like a reasonable number a developer would enter. 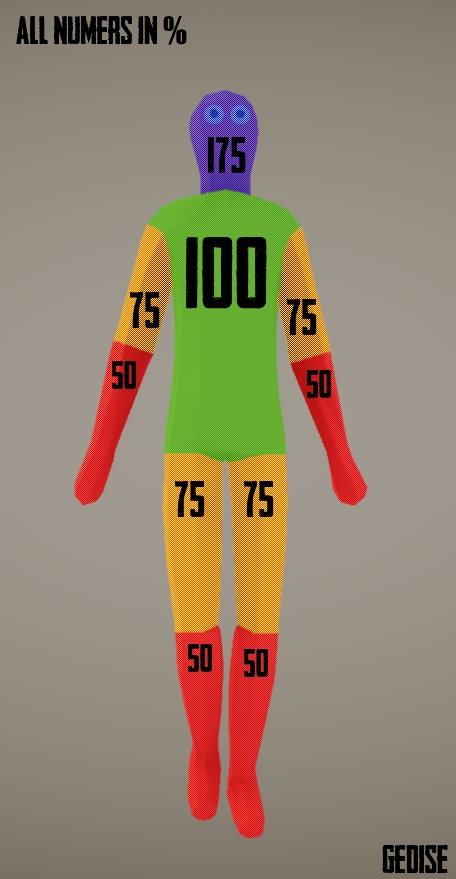 Accuracy of the Test

TABG – Launch Stacking: The Easiest Way to Get The Upper Hand

Alright, in this guide I will show you how to get to prime areas of the map ahead of the competition. You’ll be fully armed before other players even get […]