Transport Fever is a game based around building a transport company that transports either supplies/goods or people from one place to another. It is a complex management game that takes more than an hour to play. If you’re looking for a very simple, short clicker game, this one isn’t for you. That being said, if you’re looking for something more challenging, enduring, and complex, then read on. 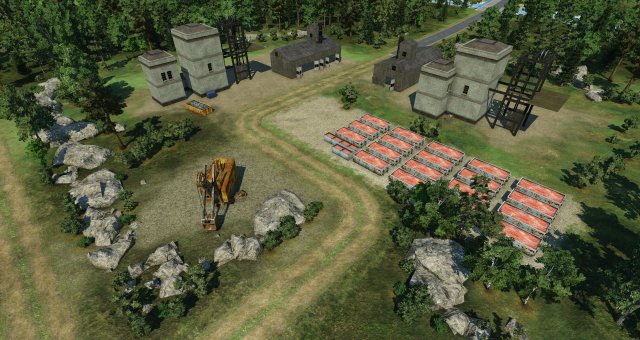 Before we move on to the different types of transportation and demand, there are two important game mechanics that are not made obvious by the game. As such, they could be missed by new players despite their importance. If you feel I should add another mechanic to this page (or to the guide in general) please contact me and I’ll do so.

First off! It’s important to note that your company always starts off in debt! The money you begin with at the start of the game is a loan, that should (but doesn’t necessarily need to be) paid back after your company begins to be profitable. The loan does not need to be paid off, but you do automatically pay interest at the end of every month, and this cost (obviously) lessens your revenue/profit, and therefore lessens your ability to expand and/or keep a reserve. In case you don’t know, if you click on the amount of money in the bank in the bottom left, it will bring up your yearly income statement, where you can pay off your loan (or take out an additional loan).

Secondly, you should note that vehicles also age over time. This aging both reduces their value (which lessens how much you’d get back if you decided to sell that vehicle) and increases their running costs (which is how much it costs you to operate the vehicle). Eventually, their running costs will increase to the point where it is more cost effective to sell the vehicle and buy a new one. I have not yet stuided this process enough to recommend a “suggested replacement time” for vehicles, but I plan to add that here later after further study. In the mean time, suffice it to say that the additional yearly cost incurred by the aged vehicle must be great enough to merit spending the money of buying a new vehicle. Essentially (and you can use however many years you like. I typically use two) the following equation must be true: Running cost of vehicle for the next two years minus sale value of vehcile must be greater than or equal to the running cost of a new vehicle for two years plus the purchase price of the new vehicle. 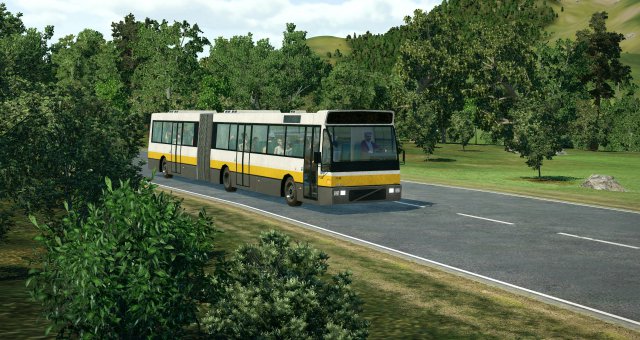 As I stated in the introduction, there are two difference sources of transporation demand in Transport Fever: People, and Goods/Supplies. They have tradeoffs and transport vehicles can only transport one or the other, not both (i.e. busses, which transport people, will never be able to transport food or fuel or lumber or anything other than people. In the same way, a semi-truck will never transport people like a bus would).

The People market (for lack of a better term) is easy to use, but has very fickle demand. Since you’re placing stations for people to board your vehicles, and people have to get places and can walk short distances on their own, you can essentially place them where ever you wish to. Obviously placing them so that you cover the entire city with the fewest stations is the most stragetic and beneficial way to do things, but it is possible to generate demand by simply randomly dropping stations down as well. However, just because you can generate demand without stragetic placing of stations doesn’t mean you will! Demand in this market is fickle and changes quickly. When entering the people market, it is important to pay attention to how utilized your routes are. Demand for any route will take a while (ocassionally up to about six months) to start, but after it has started it can grow or diminish rapidly. It is important to constantly monitor such routes and adjust how many vehicles are on those routes as necessary to keep them profitable.

The Goods/Supplies market is more challenging to set up, but has a very reliable and steady demand. Unlike in the people market, there are different sorts of goods and supplies. Certain supplies are basic supplies, that are produced constantly by a factory. Other supplies are intermediate supplies, that are produced by a factory that requires certain basic supplies. These intermediate supplies therefore won’t be produced unless the required supplies are transported to said factory in a sufficient quantity. And finally we have the end goods, which are produced by a factory that requires intermediate (or sometimes basic) supplies, and (just like intermediate supply factories) won’t produce unless their requirements are met sufficiently. The goods and supplies market has to flow constantly in order to flow at all, however, as long as everything is set up, the demand will be constant and reliable. The end goal in this market is to deliever goods to a city. You can see the demand for various goods by clicking on the city name. The goods need to be delievered to the industrial and commerical buildings in the city. But in order for the goods to be produced, they need certain supplies which ocassionally need certain other supplies. So in order to make this market flow and to reap it’s profit, you need to start with the base supplies, and work your way up to delievering to the city. Note that if any part of this chain is broken or not built in the first place, then the entire chain will break down! If you aren’t delivering the end goods to the cities, then eventually those buildings making the goods will fill their inventories and stop producing. This will cause the supply factories to stop recieving orders for supplies from the goods factories so they will stop producing, effectively ending the entire process. This is why it is important to eventually deliever end goods to the city to get involved in this market. This market is however, a bit more demanding of stragety to set up. The stations need to be built next to the right factories and eventually in the right spot in the city for everything to work. That being said, after it is set up, it requires virtually no attention. 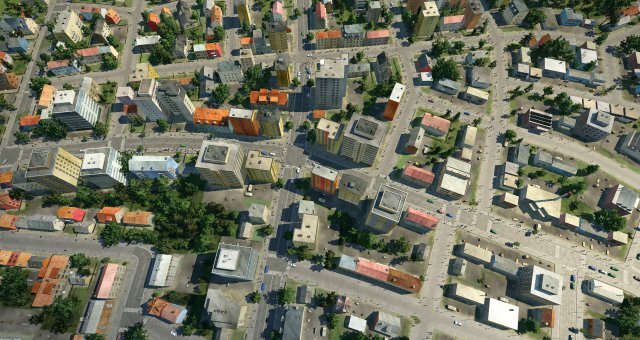 Road transport is by far the easiest way to move people and things around. Road vehicles have to follow roads (obviously) which means they have to contend with traffic, and they don’t have high capacities, but they do have very low running costs. As a result, it’s very very difficult for them to not be cost-effective so long as they have any demand what so ever.

If you’re new to the game, I highly recommend road vehicles being your first purchase. They’re cheap and with low running costs, so you can make mistakes and learn how the game works at your own pace. 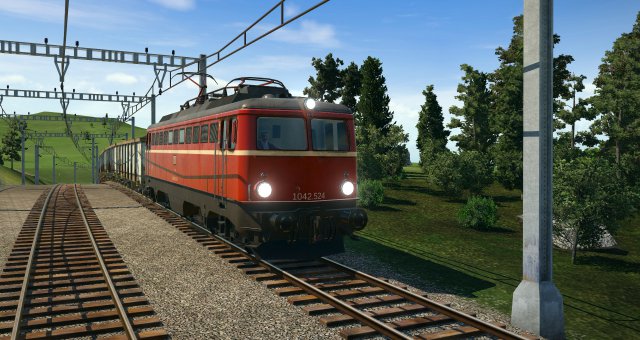 TRAINS! The mode of transportation that was the inspiration for this entire game!

Transportation via rail is significantly more difficult than transportation via road. Trains have an upfront purchase cost and a running cost that is approximately 21.5 times those costs for road vehicles. As a result, they need to have enough demand for their routes or they become very expensive very quickly! That being said, when they do have enough demand, they are able to move a lot of things across great distances very quickly and can pull in profits (profits, not revenues) that are 20 times greater than road vehicles can do. With so much money at stake, trains are very very much a high gain or high loss business: You either make a lot, or you lose a lot, so tread carefully!

Adding to the difficulty (and cost) of trains is the fact that you must first lay down railroad lines. These lines are pretty cheap if they traverse over flat land, but if you push them over rivers, canyons or through mountains, they can get expensive fast. Additionally, there can only be one train per set of tracks. It is possible to have two (or more) trains go the same direction on a line, but if at any point you want the trains to turn around (which they do if you don’t have a train line that isn’t a complete circuit) then those trains will stop to avoid crashing into each other. This makes things complicated if you want to have more than two trains, because if you have more than one train on one set of tracks, things get either confusing, or they simply break.

The solution to this is to create multiple sets of tracks. This gets either expensive or confusing. Train tracks can merge into each other and/or cross over each other, and it’s actually rather fun to do the problem solving to figure out how and where to put various sets of tracks, but it is also difficult. That being said, profit-wise, it is most certainly worth the difficulty and confusion. 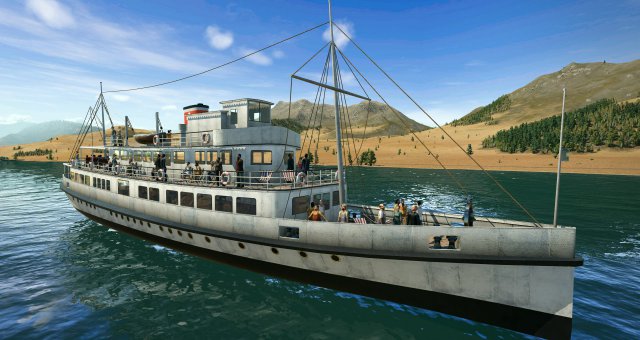 Boats are limited (quite obviously) by the need to have water for said boats to travel on. This can make them very impratical and limit where they can be used.

Ironically, it is for the above reason that I haven’t really been able to study how boats work in this game very well yet. I have not yet gotten good estimates on their costs or how well they handle demand. I will be working on studying them when I can and will fill in this section later on.

Introduced in the March 2017 update I had no idea what a ‘Double Slip Switch’ was or even how to find it in Transport Fever. This video should tell what […]

Transport Fever – How to Get Easy Cash (Cheat)

I find it’s superb easy to cheat with no affect to gameplay. How To… All You need to do is just edit a configuration file – SteamsteamappscommonTransport Feverresconfigbase_config.lua  Find a […]

This is a easy to understand guide to help you to buy a functional transportation network and avoid different industries to stop production and break your chain production line. Other […]