Learn to win every game like a true hero with the Hermit build!

These perks can be moved around, but keep in mind you want to be faster than everyone. 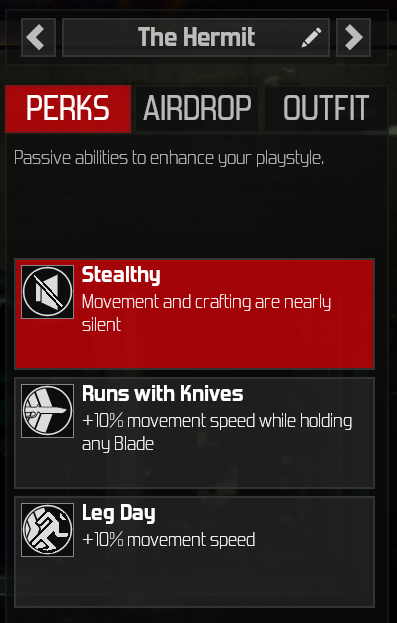 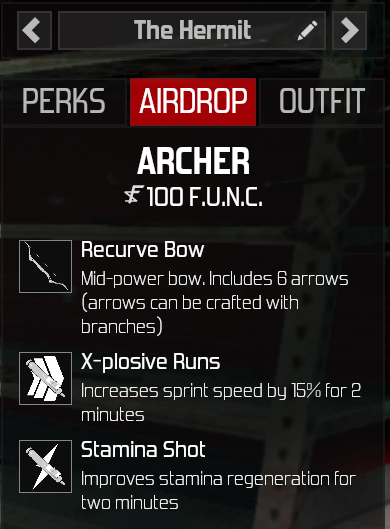 You gotta make youself look as close to a tree as possible. 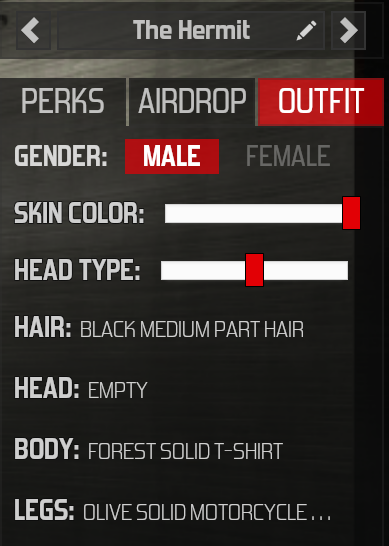 Once you spawn, you should craft a knife as quickly as possible. This will make you faster than lightning mcqueen. Use this to run from every person you see.

Loot the nearest building and keep any stims or weapons.
Sell whatever you don’t need. You want to either get 100 F.U.N.C or X-plosive runs and a stamina shot.

Use caltrops and smoke bombs to keep your enemies at bay, and make sure they don’t get close enough to stun gun you (Because SOOO many people use stun guns, screw you if you’re a stun gun/ brutus user). 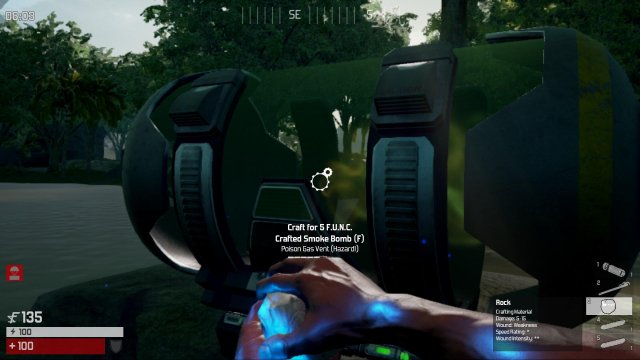 If you obtained X-plosives runs and a stamina shot, head to the center and try and find a cozy tree or bush to hide in until the game ends. If you don’t have stims or simply don’t have enough items to suit your tastes, then try and call your drop in, but if anyone trys to take it, LET THEM. It’s not worth the fight. Neither the airdrop nor the stims are required, if you can’t get them, don’t worry about it, they are only there to help you run from fights.

If you see an explosive barrel, craft an explosive if you can afford it, you can use it to finish off the last guy at the end of the match. Try and craft as many as possible, these things can finish a fight in a matter of seconds. 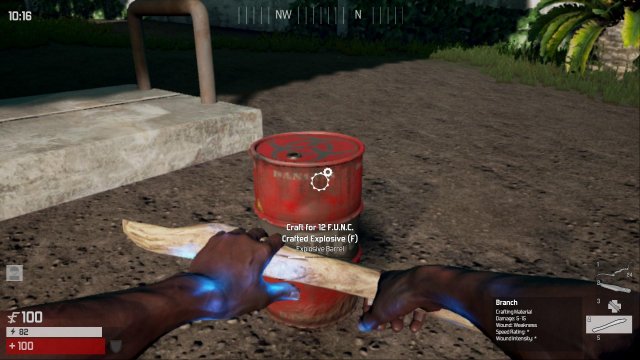 At this point only a few people will be left alive, you can play this two ways…

One: Try and stay near the last two people fighting and finish off the last guy once they’ve finished fighting. If you craft an explosive at a barrel before hand, you can throw it at the last guy to avoid being crushed by a sledge hammer. 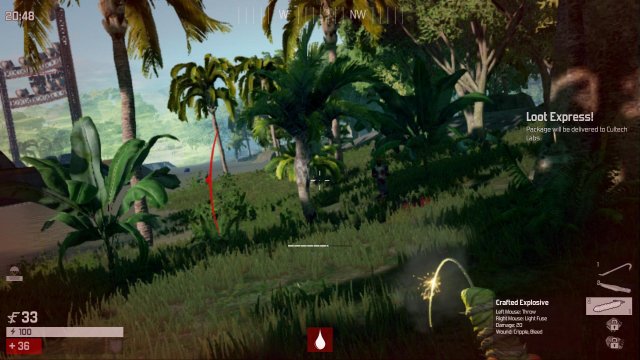 Two: Just hide until the circle closes in, then try to pick off the last guy with your Recurve bow. If this doesn’t work, then say your prayers and hope Jesus is real. 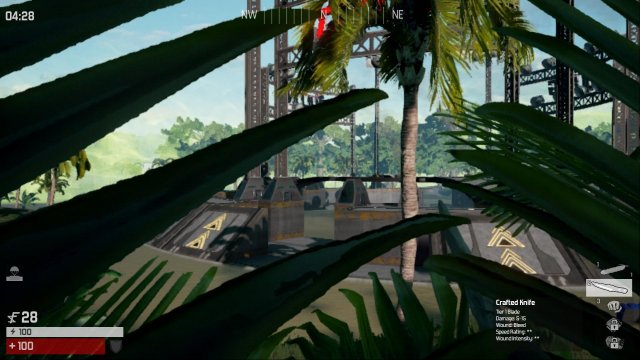 Some things to keep in mind while playing with this build…

Welp. It’s a beginner guide. It doesn’t really go that deep, but it should give a rough idea of what to do. ContentsThis Is a Quick GuideThe GameCosmeticsCombatPerks and AirdropsStimsFUNCCraftingTraining […]